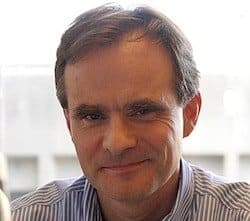 Concerns about state capture are nothing new. Special interests hold undue sway over official decision-makers in many countries, and regulators are always prone to see the world through the eyes of the people whose activities they are supposed to oversee. But the rise of finance in industrialized countries has cast these issues in a new, much harsher light.

Before 1939, wages and profits in the financial sector in the United States amounted to less than 1% of GDP; now they stand at 7-8% of GDP. In recent decades, financial assets have expanded dramatically relative to any measure of economic activity, as life expectancy increased and the post-WWII baby boomers began to think about saving for retirement. Compared to the size of the US economy, individual banks are now much bigger than they were in the early 1990’s. (The precise numbers are different in other industrialized countries, but the rise of finance is a general phenomenon.)

The global financial crisis of 2007-2008 and the deep recession that resulted made it plain to see that the financial sector in the US and elsewhere had become too powerful. Since the 1980’s, a form of “cognitive capture” had occurred, with policymakers becoming convinced that innovation and deregulation could only improve the functioning of both financial intermediation and the broader economy. The crisis proved this view completely wrong, imposing massive costs – measured in terms of jobs lost, lives disrupted, and increased hardship – on millions of people.

Financial regulation entered a new, much more contested phase in 2010 – at least in the US. Most officials now concede the existence of systemic risk as a form of “pollution,” meaning that banks and other financial firms do not necessarily internalize the full costs of their structures and activities. And these costs can be huge – potentially large enough, despite recent reform attempts, to cause Great Depression II (or worse).

Operating big financial firms with small amounts of equity capital and a lot of debt may be in the interest of their managers, but it is definitely not in the interest of the rest of society. Moreover, providing large implicit subsidies to firms that are too big to fail should not be an attractive policy, because it encourages such firms to take on excessive risk (and to become even bigger).

And yet debate about these issues has remained wide open. The question is no longer so much one of beliefs. Now it is simply about money – particularly campaign contributions, but also the revolving door between Washington and Wall Street, as well as the vast pro-megabank interests that pour millions of dollars into think tanks and other, more shadowy organisations.

The Oscar-winning documentary Inside Job raised some sensitivities and led to increased disclosures by some people, including academics, concerning their involvement with the financial industry. But there remain profound monetary ties between big banks and people who purport to be independent analysts providing expert opinions. Some officials remain highly captured.

But there is also good news: Other officials are now much more resistant and inclined to push back against the industry. Well-informed nonpartisan outsiders are increasingly well organized and influential, particularly when they can work closely with pro-reform officials.

The latest indications from the Board of Governors of the US Federal Reserve – a crucial piece of this puzzle – are encouraging. For example, new rules for foreign banks operating in the US essentially require them to fund themselves with as much equity as US banks. But, on the eve of a new presidential campaign, the struggle over this important precinct of the American state remains far from over.<

With the exception of the United Kingdom, the extreme free-market view gained less traction in Europe in recent decades than it did in the US; nonetheless, the challenge of implementing financial reforms in the eurozone is actually more difficult. Governments regard domestic banks as important buyers of sovereign debt. The banks argue that more effective regulation would limit credit and slow the pace of economic recovery.

As a result, the authorities in Germany and France (as well as Japan) have consistently resisted increasing capital requirements, despite widespread agreement that doing so is an essential part of effective re-regulation. Their opposition has undermined international efforts to build a more resilient system – and it will likely hamper efforts to put the European economy on a sounder footing.

In other words, key European states remain just as captured by financial interests as the American state ever was. And the big American banks now want to use the slow pace of change in Europe as a brake on US policy (for example, through the ongoing free-trade negotiations between the European Union and the US). If the US is to escape the consequences of government capture by big Wall Street banks, it cannot wait for Europe to catch up on regulation, including capital requirements.

Simon Johnson, a former chief economist of the IMF, is a professor at MIT Sloan, a senior fellow at the Peterson Institute for International Economics, and co-founder of a leading economics blog, The Baseline Scenario.