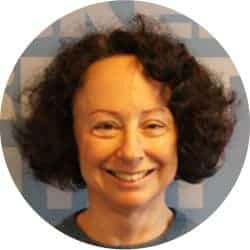 On March 1 2017, the European Commission set out a White Paper on the Future of Europe. There was none of the fierce debate that might have been expected after the UK’s Brexit vote and application to leave: the European Union simply remained trapped in its daily routine. Brexit negotiations, the row about refugee quotas and the issue of financing the EU budget clearly left little or no appetite for strategic questions on Europe’s future disposition. In December 2017, Europe’s future did indeed make it tentatively onto the agenda of the European Council but giving strategic direction was eventually put off due to the row on refugee distribution.

Union of competing instead of converging members

Contrary to the Rome Declaration in which reference is made to the “Union which, based on sustainable growth, promotes economic and social progress as well as cohesion” European unity and/or the Union is threatened by competition between national welfare systems: the lower the standard the better that is for corporate investment, runs the credo. Legal social and fiscal dumping are valued as supplementary rights of the four core single market freedoms.

However, the economic, financial and refugee crises have shown that the EU’s current constitutional structure is too incomplete and/or too ill-defined in terms of power sharing for it to be able to exercise crisis management on behalf of EU citizens. This has led to the increasing bypassing of democratic institutions – from the ‘two pack’ via ‘six-pack’ to the Troika measures. EU citizens are well aware of this: The conceptual counter-weight to this autocratic interference by European institutions appears to be leave or renationalisation. EU-Commission President Juncker is well aware of the EU’s precarious situation in this regard.

The EU-Commission’s options in concreto

Therefore, he presented the White Paper with the words “this is the opportunity to get the EU to function properly again” and with the following proposals:

From the paper’s tone, one can gauge that the Commission itself opts for scenarios 3 and 5. All other variants would sooner or later bring about the EU’s collapse. The problematic management based on a deregulation agenda and the free play of market forces that was already questionable in stable periods has paralysed the EU during the almost decade-long dominant crisis mode. This is grist to the mill of Eurosceptics: A step-by-step reform would neither solve the roots of the problem of centrifugal development inside Europe nor convince the voters that the European Project is being genuinely pursued in earnest.

Turning the EU into a political union (Option 5 in the White Paper) should indeed be the long-term goal but this does not appear in DGB (German Confederation of Trade Unions) eyes – given the divergent interests of the member states – to be a political option with any prospect of early implementation. Art 20 EU-Treaty (TEU) and Art 326-334 Treaty on the Functioning of the EU (TFEU) offer as a general instrument instead “enhanced co-operation” (Option 3 in the White Paper). This is a good basis for collectively pursuing flexible co-operation that ambitiously pro-integration member states may join at different speeds. This could be used inter alia as the format for implementing co-ordinated and harmonised measures along the lines of Title X TFEU (on social policy) so as to give real muscle to the European Pillar of Social Rights.

It is high time to create comprehensive and harmonised legislation enshrining EU social and labour law minimum standards on the basis of the principles of gold-plating and non-regression. This is necessary because of the asymmetrical development of the integration process. Market-creating policy, such as the removal of trade barriers, has already made great strides while market-correcting measures such as setting legally binding employment and social standards at EU level have barely begun.

This asymmetry also finds its origins in the jurisdiction of the European Court of Justice: The basic economic freedoms codified in the Rome treaties were extended to subjective rights to deregulation. National standards of protection are declared contrary to EU law and abolished. A fresh direction in law-making and a stronger focus on market-correcting measures is theoretically possible through European legislation. But, in fact, the relative current political majorities in the Council and Parliament will block this. Political decisions proceed on the lines of the lowest common denominator. These political as well as structural conditions lie behind the liberal economic course of European integration in the last two decades. For this reason, too, the DGB’s view is that Scenario 3, “those who want more do more”, offers a practical option for turning Europe into a space for the social policy avant-garde. Such co-operation might for example bring an agreed harmonisation of corporate taxation or fix minimum standards of basic social security.

The collective path of the willing

The goals via this new course must be: