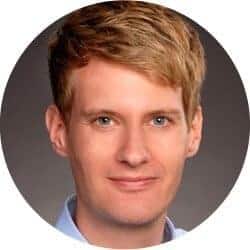 Although the critics of the Maastricht Treaty, who called attention to the risks of monetary integration without fiscal and political integration, long went unheeded, the current crisis has reopened the debate on the structure of EMU. At least there is – and this is confirmed by the process concerning a ‘genuine’ EMU – a debate on the shortcomings of the architecture of the Monetary Union. Even five years ago it would have been unimaginable to read about demands for eurobonds, a common budget or a banking union in key EU papers. And even in the face of the disastrous consequences of austerity policy the always hesitant discussion of Europe’s social dimension is gathering momentum again.

The EMU crisis unexpectedly offers, in the face of the possible collapse of the common currency, an opportunity to deepen integration through a banking union, fiscal capacity, common debt management and a social union. It is clear that this would be accompanied by more common regulations, tightened controls and the transfer of national sovereignty to the supranational level. Equally, this path of further deepening can be pursued only if there is also the impetus of democratic legitimation with regard to the relevant decision-making. This is as clear in the first plans drawn up by the four presidents in June 2012 as in the revised version of December 2012 and the Commission’s Blueprint.

The course of the lines of conflict and discussions concerning what is called a ‘genuine EMU’ demonstrates the dangers of the process, however. Within only a few months the proponents of a ‘stability union’, who are counting on a continuation of the unilateral course of budgetary controls and competitiveness improvement, have been able to dismiss, marginalise or put on the backburner what is compelling about a fiscal union, as well as the opportunities it would offer. Time and again, specific proposals for improving the EMU architecture founder on fundamentally divergent approaches to the question of joint liability between Member States. This applies to both the controversy about the restructuring and resolution mechanism of the banking union and to plans for common debt management or a fiscal capacity for the euro zone.

All that remains is the technocratic elements for gradual adjustments of the existing governance structures. And because, with the European Semester, the Fiscal Compact and other instruments, this is out of kilter a reshaping of what is already in place constitutes the lowest common denominator of Member States. First and foremost, this means: structural reforms, budgetary consolidation, tightened controls and sanctions. The elements of ex ante coordination of economic-policy reforms, direct contractual arrangements between each member state and the EU and financial rewards for faithfully implementing structural reforms by means of a solidarity instrument, which remain for a ‘genuine EMU’ are basically already part of the coordination cycle of the European Semester or at least imaginable. Now the range of subjects of coordination is to be extended and the bindingness of common objectives is to be tightened up. Anything beyond that, which could really contribute to change capable of correcting the barely discussed bias in EU economic governance, is scarcely discernible. And the urgently needed project of a banking union will never come to fruition unless progress is made in fiscal and political integration.

The last German government was enormously successful in Brussels, suppressing almost everything that does not conform with its model of a ‘stability union’, according to which each state helps itself and thus a transnational community cannot emerge. Therefore the ‘fiscal capacity’ has been remodelled into the unambitious solidarity mechanism; the banking union is coming to grief or largely degenerating into mere routine coordination by national authorities; and Community bonds have become a dead letter. On the latter, the Commission even produced a green book in 2011. However, at the latest since Chancellor Merkel made her position absolutely clear around the time of the European Council in June 2012 (‘No eurobonds as long as I live’) the topic has been taboo.

Since the change of government in France the supporters of a ‘stability union’ around Germany, Finland and the Netherlands have encountered stiffer opposition. This is due to the obvious failure of austerity, the altered power constellations as a result of changes of government and the opportunity sensed by the European institutions to expand their competences far beyond the budget policy framework. The attempt by the French government, together with representatives of the European Commission, to include the social dimension – which was not mentioned until the December summit of 2012 – into the negotiations on the ‘genuine EMU’ is commendable and, in principle, correct. The EU has for too long been perceived solely as a common economic area and positive, market-shaping integration has fallen too far behind negative, market-creating integration. It is thus high time to bolster and further develop the European Social Model.

But as long as austerity remains dominant, sovereign debt problems remain the focus of attention instead of macroeconomic imbalances and the European Semester shows a neoliberal bias, the augmentation and upgrading of the social dimension with regard to EU coordination policy will be rather a hindrance than a help. Although there are already forward-looking plans to incorporate the ‘Social’ into the European Semester, such as the upgrading of the EPSCO Council against the ECOFIN Council or the establishment of a scoreboard of social indicators, instruments and objectives, as things stand today and with the current alignment of the instruments of economic governance all social aspects will remain in the shadow of budgetary consolidation and measures to increase competitiveness.

An ex ante coordination of economic policy reforms and contractual arrangements would only exacerbate the dependency of progress in the social realm on financial conditions, thus forcing it to justify itself and cementing the hierarchical subordination of social policy. This impression is strengthened when looking at the Commissions’ Communication on the social dimension of EMU of October 2013. Although the monitoring of new social and employment policy indicators is recommended, it shall be ensured at the same time that these indicators do not influence the country-specific recommendations and sanction-based fiscal coordination. In the press memo for this Communication, the Commission responds to the question of possible consequences if a Member State were to violate the indicators of the newly proposed social scoreboard: „There will be no automatic consequences. The scoreboard is an analytical tool to observe divergence from historical trends or from the EU average”.

The work-in-progress of the European Social Model can continue successfully only if the original plans for a fiscal capacity, common debt management and a completely integrated banking union are realised. Only the consistent correction of the defective Maastricht currency architecture can clear the way for Europe’s social dimension. Unfortunately, there appears to be no prospect of that at present.

This is an abstract of a paper by the author, recently published by Friedrich-Ebert-Stiftung under the Title “On the Way to a Fiscal or a Stability Union? The Plans for a »Genuine« Economic and Monetary Union”, http://library.fes.de/pdf-files/id/ipa/10400.pdf

Björn Hacker is Professor of Economic Policy at HTW – University of Applied Science Berlin and works on European Economic and Comparative Welfare Policies.