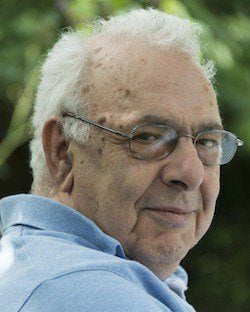 In 2015 the Greek people voted against austerity twice, in a general election and in a referendum. Opinion polls also consistently suggested that an overwhelming majority of Greek people wanted their country to remain in the eurozone and the EU. Are these demands contradictory? Is continued membership of the monetary union incompatible with opposition to the austerity strategy?

Many commentators seem to have concluded that these are indeed contradictory demands and that what the Greek people want is effectively to ‘have their cake and eat it’ or to enjoy the benefits of the eurozone membership without any associated costs.

How valid is the conclusion that wanting to end austerity and remain in the euro is untenable and that Syriza is a ‘populist’ party that won the election on a ‘contradictory promise’? The evaluation of these claims can be approached from two different standpoints. First, are the demands contradictory in principle? Second, are they contradictory from the standpoint of the prevailing political ‘reality’ in the euro area?

In principle the demands are not necessarily incompatible. Austerity is a policy imposed on indebted eurozone economies primarily as a means of reducing that indebtedness. Opposition to austerity would be incompatible with continued membership of the eurozone if this strategy is indisputably and unquestionably the only means of dealing with the crisis. The austerity strategy, however, is not without its critics. There are many powerful and cogent theoretical and empirical arguments against it. Indeed, a credible and persuasive case can be made that it has failed in achieving its objectives, the principal one being the reduction in indebtedness that caused the crisis in the first place.

The hope of achieving a policy reversal while at the same time retaining the euro as a national currency may have been politically naïve and unrealistic; but it was not in principle contradictory. What makes these democratically expressed demands of the Greek people contradictory is the political reality of an incomplete and malfunctioning monetary union in Europe.

What is this ‘political reality’? Policymaking in the eurozone is the result of a consensus reached by its 19 sovereign member states that are in theory of equal status. The political reality, however, is that some nation states are more equal than others. The austerity strategy is fiercely and single-mindedly supported by Germany, the economically most powerful nation in the eurozone and one that exercises hegemonic influence over eurozone policymaking and the, usually ad hoc, crisis management process. Furthermore, a number of other eurozone states have elected governments that are committed to this strategy and are resisting similar and equally popular local opposition demands for its reversal.

Given this political reality no amount of ‘lecturing’ by maverick Greek finance ministers about the need for ‘debt forgiveness’ and about ‘self-defeating austerity’ can convince either German or similarly minded politicians in northern Europe or the periphery of the fairness and soundness of the ‘Greek lecture’. All pleas that the ‘counter-narrative’ of the eurozone crisis be heard has fallen on deaf ears and met with the firm reply that what the Greek people want is contradictory. They must choose: if they want to end austerity they cannot stay in the eurozone and if they want to stay in the eurozone they must continue with austerity.

But what the Greek people want is not inherently ‘contradictory’. The ‘contradiction’ is the construct of a particular political reality in the eurozone which has a vested interest in not allowing a newly elected radical-left government to demonstrate that there is no contradiction in wanting to end austerity and remain in a monetary union that is in urgent need of reform.

Greece’s ‘predicament’ will reverberate around Europe and no doubt will become a salutary and painful lesson for millions of citizens in the Eurozone: they must not vote for parties that promise to end austerity and remain in the eurozone. It is the same old story and same old message endlessly repeated since the eurozone crisis erupted in 2010. Indebted economies must accept austerity or ‘end up like Greece’. Except that in 2010 the image of ‘ending up like Greece’ was that of a Dickensian debtors’ prison. In 2015 it is that of hell.

There is a glimmer of hope that the ‘counter-narrative’ of the eurozone crisis so brutally dismissed and ridiculed by the zone’s policymaking elite is beginning to find resonance among many anti-austerity citizens of Europe. First, Greek indebtedness and that in other eurozone peripheral countries had similar underlying causes: a malfunctioning monetary union. Second, the ‘rescue’ of Greece in 2010 resulted in the rescue of European banks and prevented ‘contagion’ in the eurozone. Third, it was the implementation of savage austerity rather than the non-implementation of the ‘troika’ adjustment programme that produced the collapse of the Greek economy. Fourth, the Greek debt was unsustainable in 2010 and 2012 and it is even more unsustainable in 2015.

Whether the crushing of Syriza in Greece for daring to challenge the dominant narrative of the crisis would help or hinder the emergence of a movement for the long awaited political reform of Europe remains to be seen. The only ‘contradiction’ that remains in the eurozone is the utopian expectation that a monetary union will work under German hegemony without political union. ‘Muddling-through’ is no substitute for rational policymaking in the second largest economy in the world.