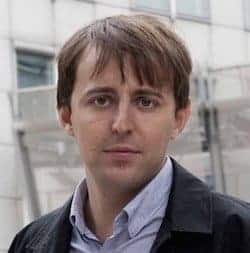 Europe cannot afford the shame of doing nothing while thousands of migrants die in the Mediterranean simply seeking a better life. There have been more than 1000 deaths in the past few days alone.

What northern Africa is currently going through is the biggest refugee crisis since World War II. If the European institutions do not respond convincingly and in a coordinated manner, they will end up being accomplices in transforming the Mediterranean into a common grave.

High Representative Mogherini is trying to push for a real response to this tragedy. For the moment, the European Commission and the Foreign Affairs Council with the Ministers of Interior reacted by adopting an unconcrete and insufficient 10 point action plan. Moreover there will be an extraordinary European Council meeting to address the issue at the request of Italian premier Matteo Renzi. But the time for rhetoric is over; urgent and meaningful action is a moral imperative.

The Triton joint operation, the system of border control deployed in the Mediterranean and managed by Frontex (the EU agency for cooperation in external border management), is unfit for saving lives. While its Italian predecessor operation Mare Nostrum relied on a monthly budget of €9m and its ships could intervene in international waters, Triton works with one third of that budget and only within 48km off the Italian coast. This inadequate precaution is taking place even though the coming of good weather has made a tragedy on this scale very likely to happen.

Increasing the budget, acting in international waters and coordinating and engaging all Member States on the principle of inter-state solidarity is the absolute minimum we could demand. But it should not stop there.

We find ourselves before a refugee crisis, not a migrant crisis. This is a fundamental part of the problem; people are escaping violent conflict zones, extreme poverty or hunger. For the most part, they are not simply immigrants.

The Asylum, Migration and Integration Fund still represents only 0.29% of the EU’s total budget. Moreover, the Member States are sitting on a pile of pending asylum requests amounting to more than 450,000 in September 2014 and differences remain within their legislation, which complicates cross-country coordination.

The latest events have centred on boats departing from Libya:. 91% of people who try to cross the Mediterranean start from there. This is facilitated by the escalation of violence in and the political instability of a country for which the international community bears, after its military intervention to dethrone Gadhafi, a lot of responsibility.

Nevertheless, we should not forget that the majority of migrants come from third countries. Out of the more than 170,000 that crossed the central Mediterranean in 2014, 39,651 came from Syria, 33,559 from Eritrea, and 26,340 from sub-Saharan Africa.

In these circumstances, EU efforts cannot be limited to the necessary stabilization of Libya, but should also focus on improving the humanitarian situation of the migrants’ countries of origin. Development aid should also be given an important role in the new European Agenda on Migration.

Finally, it is obscene to realize how we are horrified at the death of 150 Europeans on a plane crash in the Alps, but do not pay much attention to these deaths in the Mediterranean. Why? It is a matter of empathy. We feel we could have been on that plane but not on that boat. Yet this is far from the truth. Indeed, if we were in their situation, we too would be risking life and limb and trying to cross the Mediterranean by boat.