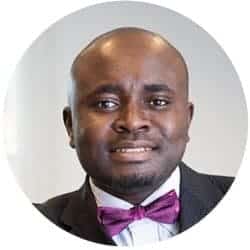 Most post-WWII conflicts are sparked and fuelled by geopolitics though many a European citizen has little knowledge about this. True, the influx of people from Syria and elsewhere into Europe is unprecedented in recent history. This has brought about bitter political standoffs between governments and political parties. Territorial governance for frontier countries such as Turkey, Greece, Italy and some Balkan countries is a struggle and resource facilities are under unimaginable strain. In some cases governments are unable to absorb the financial and economic shocks. The frontier countries have to grapple with their own deep-seated economic problems whilst allocating resources to accommodate the influx – or even simple passage.

But consider this alternative view. People bring in new ideas, cultural practices, knowledge forms and entrepreneurship; the latter alone even from just a few people represents a massive game changer. However, whether this can create and add value depends on the socio-institutional barriers and enablers presented to the newcomers.

These new arrivals will remain a social liability and a burden but only as long as they are perceived as such and social policies treat them that way. On the other hand, if we recognize their humanity and the fact that they are contributors to our common socio-economic and technological progress, then we’ll be able to tap into their ingenuity and create a shared prosperity – filling in demographic shortfalls and harnessing the required workforce in certain sectors rather than waste human potential. These are just the obvious bonuses.

For the best possible outcomes, we need to change our way of thinking by understanding that Anerkennung kommt vor Respekt (Recognition comes before respect). If perceptions and attitudes offend and oppress people, we will not only be alienating the newcomers, we will be creating parallel societies and even future jihadists.

That happened with people who lived a lifetime in Brussels and Paris. We will hardly get the optimal level of productivity and social cohesion among people if they are made to feel eternally unwelcome. If people feel that there is less hope for upward mobility even after mastering their trade, learning the language and having the right attitude towards work, then we are antagonising them to no purpose. That exposes a hidden Schadenfreude (enjoying their distress) – and thus, we pretend to sympathise with them whilst at the same time relegating them to the margins of society.

With a change in attitude, even the most ardent immigrant-hater will also find a decent job (created perhaps by the new arrivals) and spend his/her time being productive, too, instead of being ideologically fixated and irrationally afraid of them stealing the jobs we don’t even have. If we try not to ‘civilize’ them but regard their civilization as different – not deficient – our assumptions will be challenged. We will only get better in making good the practical challenges. In that case, we shall be de-radicalizing and limiting the number of potential jihadi recruits. This is mass diplomacy in action, not politically charged rhetoric. Premised on the principles of social justice and democratic ideals, mass diplomacy then is a populace-wide, context-specific, non-bureaucratic rule(s) of engagement that the incumbent group employs in the socialization of new entrants in order to facilitate their adaptation to a new institutional environment.

How do we do this?

Expedient and common sense approaches are required, not ideological illusions and superficial displays of compassion. A realistic approach would seek to identify those from safe countries who cannot immediately benefit from the limited resources such as housing and health care. On the other hand, we can identify genuine refugees, including the children and older people among them, and offer speedy social and health support in order to bring some order to the current chaos.

Chancellor Merkel agrees: each EU member state must see this as a shared responsibility based on cooperation, sound foreign policy and proper coordination of internal security issues.

More to the point, in countries such as Finland, Sweden, Germany or Norway that rank high in the knowledge economy index, skilled refugees are an indispensable resource. Even the unskilled and semi-skilled can be trained. In the midst of the crisis we can find talents. Consequently, human beings are our most important resource – not only because they add economic value but also because they are inherently precious.

For example, Germany’s Alexander von Humboldt Foundation is proactively offering 20 grants to refugees who are scholars (like the US with Einstein). It would be too retrograde to think that these people don’t have gifts. That notwithstanding, when we hold narrowly on to the above premise alone, we easily err our way into a dangerously cynical conclusion – let’s welcome them because we have something to gain, after all. No, “the time is always right to do what is right” to use the words of Martin Luther King Jr.

I have no intention of giving anyone a history lesson about how Europeans had to leave for the Americas and elsewhere in the aftermath of WWII. Gianni Morandi, an Italian musician, recently posted on a social network page a picture of Italian immigrants arriving in America. It caused quite a stir. He was bombarded with hate messages. Of course, a European cannot be a refugee; that’s a tag for others, s/he can only be an expatriate. Selective memory could be a sign of baseless pride, intolerance and bigotry.

Finally, our political discourse on the refugee blessing must be an opportunity to demonstrate our capacity for rational reasoning that perfectly accommodates its inherently moral dimension or categorical imperative, in the Kantian sense. On this front, this is a congratulatory note to many European citizens for the extraordinarily numerous acts of tolerance and kindness they have demonstrated thus far. These symbolically powerful gestures are a testament to the beauty of humanity and the fundamental values we hold so dear.

But in an increasingly volatile world of complex geopolitical scenarios: mass diplomacy, fraternity and an awareness of our interconnectedness are an essential basis for our advancement. Groups and individuals must contribute in their own way as the authorities keep doing their best to accommodate the new arrivals. These newcomers are not a curse, they are a blessing, they are not a cost, they are an investment. They are entrepreneurs and survivors of terror whose trauma we cannot begin to fathom. This is a historical challenge but a crisis we shall overcome.