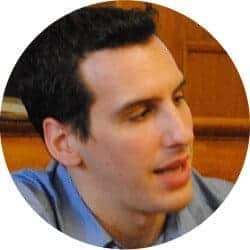 The Greek case of the Eurozone crisis from 2010 onwards has, by now, turned into a multi-series drama. Another instalment came in the June 2017 Eurogroup discussions on the second review of the third Greek financial assistance program (FAP). The review has limped on for more than a year since the conclusion of the first one on May 2016 (e.g. intermediate Eurogroup meetings in December 2016, February 2017), primarily because of the unwillingness of the IMF to provide financing (so far its input in the Program has been only on policy) unless the following measures were adopted: (1) additional structural adjustment policies with emphasis on tax and pension reform by Greece, and (2) relief for Greek debt (179% GDP in 2016) by the Eurozone member states to make it sustainable.

The bulk of the additional structural adjustment measures were adopted by Greece under Law 4472/2017, and are to be implemented from 2019. In relation to debt relief, while measures had been delineated in the May 2016 Eurogroup meeting, the IMF deemed them largely insufficient. A standoff was created between the Eurozone and the IMF similar to an Alphonse and Gaston Routine: the IMF would not provide financing unless additional debt relief measures were assumed (or these were further specified), while Eurozone member states, considering the IMF’s participation necessary, were unwilling to conclude the second review and implement or, at least, further specify the debt relief measures without IMF financing.

The solution reached was the IMF’s Approval-In-Principle (AIP) procedure. AIP was first implemented during the 1980s debt crisis of Latin American countries, when considerable external financing was required (either direct or indirect, e.g. debt relief, etc.) to complement that of the IMF. However, the banking sector refused to provide it until there was an official program. In turn, the IMF requested that external financing was in place before it agreed on a program. AIP offered a way to reassure the banks that there would be a program so that they could provide the necessary external financing, without committing the IMF until this financing was in place. AIP was first used for Sudan in 1983 and a total 19 times since through the 1980s. AIP proved a convenient instrument, but fears of indiscriminate usage led to the adoption of a set of AIP arrangements by the IMF in 1984:

It is clear that, although these guidelines were created under considerably different global conditions and for countries substantially different from Greece, they were retained in the Greek case. The Greek AIP will be followed by a proposal for a precautionary Stand-By Arrangement of a modest amount (reported close to €2 billion). Moreover, AIP was not agreed until Greece had already implemented the structural adjustment measures requested by the IMF, thus avoiding preferential treatment. AIP was also employed to resolve a standoff on external financing between the Eurogroup and the IMF (similar to the deadlock between the banking sector and the IMF during the 1980s), in this way providing assurances that the structural adjustment undertaken by Greece is sufficient. Finally, the IMF, while examining the implementation of a deadline between the AIP and Greek program financing, remained flexible on how long this would be.

But did AIP really help Greece, Eurozone and IMF reach an agreement? It seems that it has postponed rather than resolve the problem. Greece has warned that without an agreement on debt relief, the additional structural adjustment measures will not be implemented from 2019. However, the confirmation of debt relief measures by the Eurogroup requires IMF financing and, in turn, the IMF requires further elaboration of the measures in order to provide this financing. The key element here is the deadline between AIP and eventual IMF financing. During the 1980s, the 30-day limit was set because of considerable deficiencies in AIP implementation. Since all of the 1980s AIP guidelines were maintained in the case of Greece, it is very likely that a deadline will also be set. However, 30 days seems unlikely, since debt relief for Greece is a politically sensitive issue for Eurozone member states, and especially for Germany with federal elections coming up this September.

What is interesting here is that the Eurogroup stated that most debt relief measures will be considered after the end of the Greek program in August 2018. So, if the IMF holds out until then to finance the program, this would mean duration of one year after AIP, something that could clearly jeopardize the entire process similarly to what happened in the early 1980s. As such, the options remain limited. Either the IMF will be satisfied with later, more detailed delineation of the debt relief measures and provide financing, or the Eurogroup will be pressured to consider actual implementation of the measures before the end of the program. One thing is certain: Even after AIP, this drama series is far from over: plenty more episodes to come.

Dr Alexandros Kyriakidis is head of operations and research at the Center for Research on Democracy and Law, University of Macedonia (Greece).