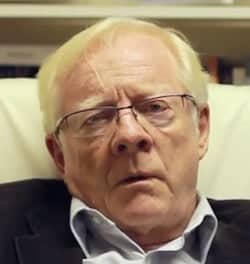 There is no more urgent social task in rich countries than to tackle vital inequality, the inequality of life, health, and death. European welfare states have handled many social issues posed by industrial capitalism. They have been most successful in dealing with old age poverty, much less so with child poverty. Inequalities of child development, of educational opportunities, and of adult life-course chances are enduring.

However, there is nothing like the failure even of generous, universalistic welfare states to reduce inequalities of life itself, i.e. of life and death expectancy. The best historical data available, from England and Wales, show that the gap of years on the earth between people of different social classes actually widened from the years starting just before World War I and then again from the mid-1990s.

Currently, the gap continues to widen in a number of countries. In the UK for instance, between Glasgow and the London borough of Chelsea and Kensington by more than a year between 2004-6 and 2009-10, to twelve years, and among the London boroughs by four years from 1999-2001 to 2006-8. In Sweden, the gap between groups of low and high education grew from 2-3 years in 1986 to five years in 2007. Class differences of life expectancy beat or equal national ones.

On an international average level, the global gap in 2010 between the rich country group and the UN set of “least developed countries” was 27 years, between Sierra Leone and Japan. Between two parts of the Glasgow conglomeration it was 28, between Calton in the eastern periphery of the central city and the leafy suburb of Lenzie. Between the most prosperous Swedish municipality of Danderyd, a northern suburb of Stockholm, and the poor one of Pajala, in the far north, the average male life expectancy shortens by 8.6 years, slightly more than the life expectancy dgap between Sweden and Egypt.

The life expectancy gap between different parts of Glasgow is bigger than between Sierra Leone and Japan (photo: CC BY-NC-ND 2.0 <p&p>)

Most of this widening gap is driven by longer lives among the upper and upper middle classes. However, in the USA and even in a well-organized society like Finland, there is currently an absolute decline of the life expectancy of the most disadvantaged. Death rates at ages 35-64 increased considerably for the poorest fifth of Finnish women between 2004 and 2007, i.e., before the crisis, and from 1988 to 2007 they soared among singles and unemployed men as well as women.

Why are low-status men and women dying early? The first serious answer is: because being put down and controlled from above produce stress hormones which weaken your immunity defence and make you much more vulnerable to a number of diseases. This was discovered already in the 1970s and 1980s by industrial stress researchers, from the long bygone times when there was a public interest in what in Germany was called “Humanisierung der Arbeit“.

It has later been corroborated by large-scale longitudinial studies of employees of the central government bureaucracy in London Whitehall and of the city of Helsinki. Controlling for smoking, alcohol, and obesity, the results are clear: the lower you are in a job hierarchy (of permanent employment in this case), the earlier you tend to die. Both studies have been conducted twice, in the late 20th century and in the early 21st century. Hierarchical vital inequality increased over time among men in both cases and staid stable among women.

There is now a solid body of evidence that unemployment produces premature death. Already by 2010, the financial crisis had caused 8000 more suicides in the EU, compared to what would have happened if the pre-crisis trend had continued. A large longitudinal study of unemployed people in Sweden in late 20th century, with controls for pre-unemployment health, found an increased death rate of 2.47 percentage points over a time span of 10-17 years.

Translated into an estimate of premature deaths in the EU from the 9.5 million increase in unemployment during the crisis would mean about 235,000 premature deaths by 2020-25. This figure is, of course, a “guesstimate”, but a six-digit premature death toll is the best available evaluation of the human costs of the Anglo-Saxon bankers’ crisis.

To tackle this, and the underlying structural inequality of elementary life chances, is this without any doubt the crucial task of 2015-19. The fundamental reason why even generous welfare states have so far failed to narrow the life-expectancy gap is that in contrast to other cases of exploitation, degrading, and disadvantage, the victims do not have the best knowledge and therefore have not been able to develop strong social movements against this literally lethal discrimination. The processes involved are gradual, long-term, and are still not fully understood even by the medical experts who have spotted them and their effects.

What is required, then, is cooperation between, on the one hand, medical and other academic experts, and, on the other, trade unions and civic movements in order to make it a social and political scandal that low-status people shall have much shorter lives than more privileged ones. This is a violation of the most elementary human rights and human dignity.

Unless stated otherwise, the evidence, and its sources, are given in G. Therborn, The Killing Fields of Inequality, Cambridge, Polity, 2013.