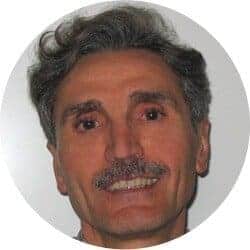 Finally, the European Commission has made itself heard. The speech by President Jean-Claude Juncker on the State of the Union elevated the tone of the European debate, raising issues which quite a few people had already swept under the carpet. For them (national political leaders and EU officials) the perfect storm has now passed. Since European GDP has started to grow again, particularly in the Eurozone, and Marine Le Pen, Gert Wilders and Norbert Hofer have been stopped in their tracks, now it is possible to return to the traditional management of the European system: that muddling through which represents the unofficial philosophy of technocratic functionalism (and of the politicians who live day by day).

Juncker deserves praise for having reminded us that this is not so. Albeit acknowledging that the wind has once again refilling European sails, he also noted that Europe’s problems continue to be unresolved. The European Union (EU) still does not have the institutions to avoid a new economic crisis that could call its stability into question. And then populist and nationalist movements and political parties are anything but a spent force. They are an influential component of the politics of almost all member states. The long period of passive consensus around the project of integration ended some time ago. Multiple crises have transformed the EU into the object of an open political struggle – one which obliges Europhiles to be clear about the Union they want to build.

And it is here that Juncker’s speech revealed its weaknesses. The Commission President once again proposed the conventional wisdom of Europeanism without any critical reflection on the reasons which have made it ineffective. I can offer two examples, the first in reference to the systemic context and the second to the institutional context. In terms of the system, Juncker re-proposed the idea of a unitary and inclusive integration, almost as if Brexit (which, moreover, he barely mentioned) was just an accident.

For the Commission President, the final goal of the integration process is still shared by all the member states. But that is not how things are. Many member states in east Europe or Scandinavia have no interest in the end goal being pursued by those of continental and western Europe. Indeed, some states of east Europe (such as Poland and Hungary) are questioning the very foundations of the rule of law, as well as pursuing (in the latter’s case) a de facto alliance with Putin’s Russia. Just think of the declaration by the Hungarian Government that it will not comply with the recent sentence of the European Court of Justice.

In the EU, during the crises, the nationalist coalition has gained strength. It opposes transfers of sovereignty to Brussels even on policies that individual states cannot manage on their own. Enlargement to the Balkan countries would only strengthen this coalition. If this is how things are, then the paradigm must be changed, acknowledging the distance created between states committed to deepening the integration process (de facto the eurozone countries) and states solely interested in the single market. If an institutional response is not identified for this split, it will be difficult to drag the EU out of the shifting sands it finds itself in.

Has it worked? It really does not seem so. Despite Mogherini’s commitment, the dual role has not guaranteed greater efficiency and legitimisation of European foreign policy. The HR has not managed to call into question the intergovernmental nature of the latter, to the extent that the strongest states have continued to follow their national interests regardless (just think of what France is doing in Libya). And yet Juncker, without any critical reflection on that experience, re-proposes the same model for the European minister of economics and finance. With the result that that minister would become a tool of national governments inside the Commission rather than vice versa.

Besides the lack of critical thought, this proposal also displays a confused vision of supranational democracy. First, with regard to the role. How is it possible that the European minister of economics and finance, who is part of an executive body such as the Commission, can at the same time chair the Eurogroup, which should be a legislative body? Confusion between executive and legislative roles is a sure recipe for arbitrariness in decision-making, since it prevents citizens from understanding who is responsible for what, thus activating the related checks and balances between institutions. If we then add that that minister must answer “also” to national parliaments, then the arbitrariness in decision-making transforms into pure political hypocrisy (how can that minister answer to fully 19 national parliaments? And how can those parliaments approve choices which some of them may not agree with?).

Here arises the second aspect of the institutional confusion that Juncker seems to be unaware of. How is it possible to create the role of European minister of economics and finance without real European finance? That is, without equipping the EU with a tax-raising capacity independent of the financial transfers of member states based on limited but autonomous income. A European minister of economics and finance should manage a European budget, in keeping with the choices of the European executive of which s/he is part and under the control of the bicameral legislature (European parliament and Council). For Juncker, instead, that minister’s duty is to coordinate national budget policies. But the boundary between coordination and control is very uncertain. The risk is that we talk of the former while doing the latter. If that were to happen, the consequence would be the sure electoral success of nationalist anti-European parties in those countries which saw the most of that control.

But if it is necessary to build up European fiscal capacity, it is difficult to do so through an agreement among 27 countries, some of which are already governed by those nationalist anti-European forces. And it is here that the double limit, systemic and institutional, of Juncker’s speech becomes entangled. If the aim is to stabilize the EU with a fiscal union, then it is necessary to split it, creating an autonomous budget for the eurozone. If the wish is to contain the nationalist forces, then it is necessary to establish a separation between domestic and European politics, democratically legitimising the decision-makers of the latter.

It is a good thing that the Commission President has distanced himself from the logic of muddling through, recalling the importance of a simultaneous reform of policies and institutions. However, this is not enough. It is necessary to change the model for conceiving the future of Europe.