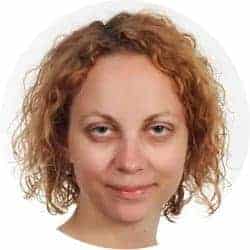 The Baltic States are still struggling to be seen on the international stage. One hundred years after declaring independence, fears of getting swallowed up by Russia remain strong in Latvia and spurs on the country in building up reliable ties.

In a moment of self-awareness back in 1919, Kaarel Robert Pusta, head of the Estonian Delegation to the Paris Peace Conference, said: “We are unknown men from an unknown country.” His southern colleagues from Latvia who had also arrived in the French capital to claim international recognition of their state undoubtedly shared the frustrating feeling of being invisible to the great powers.

Having been dominated historically by the Catholic Church and Teutonic order, by the Polish-Lithuanian Commonwealth and the Kingdom of Sweden, by the Russian Empire and Baltic German aristocracy, Latvia proclaimed its independence on November 18, 1918. As the Baltic countries became a terrain of Russian civil war and testing ground of German revanchist ambitions, their newly appointed diplomats had to convince the Entente Powers that their small countries were something more than just Russian provinces and deserved self-determination just like the old European nations. It took two years of military fighting and another two years of skilful diplomacy for Latvia and Estonia to gain control over their borders and obtain international recognition.

One hundred years later, Latvia and the two other Baltic States celebrate the anniversary of their Republics. These celebrations are bittersweet. On the one hand, there are reasons to rejoice: in 27 years since the restoration of its independence, Latvia has come close to completing a successful democratic transition. The 2018 Transformation Index of Bertelsmann Stiftung (BTI) assesses Latvia’s political transformation performance as 8.75 out of 10. In the context of 129 transitioning countries evaluated by BTI, Latvia ranks in 8th place. While this result is among the best in the former socialist bloc, Latvia lags behind Estonia (1st) and Lithuania (4th). As the BTI country report points out, the fragmentation and weakness of both civil society and political parties, as well as general mistrust in public institutions, are among Latvia’s most significant vulnerabilities. The division between ethnic Latvians and Latvia’s Russian speakers, who in their majority arrived during the Soviet occupation, persists, while never escalating to the level of violence. As socioeconomic inequality remains high, around 300,000 Latvians have emigrated to western Europe in search of better life opportunities. At the same time, Latvian democracy is healthy and strong, with the democratic institutions’ stability marked as 10 out of 10. The elections are free and fair, elected representatives possess an effective power to govern, and all relevant actors are committed to sustaining a democratic state.

Ghosts from the past

This is all the more striking given that Latvian democracy is very young, younger even than the Latvian state. The Parliamentary Republic established by the Constitution of 1922 was overthrown in 1934 by an authoritarian coup. Six years later the country was occupied first by the Soviet Union, then by Nazi Germany, and then by the Soviet Union again. Thus, out of the 100 years celebrated in 2018, Latvia has been fully independent for 47 years and fully democratic for 41 years only.

The traumatic memories of the occupation years have been the driving force behind Latvian foreign policy since 1991. At the start of WWII, Latvians, as well as Estonians and Lithuanians, were still very much unknown men and women from unknown countries. The famous words of British Prime Minister Neville Chamberlain pronounced in the context of the Czechoslovak struggle against Nazi Germany – “How horrible, fantastic, incredible it is that we should be digging trenches and trying on gas-masks here because of a quarrel in a faraway country between people of whom we know nothing” – could as well have been said about the three Baltic States. When the Soviet ultimatum came in June 1940, there were no powerful allies or effective international institutions interested in the Baltic faith.

A matter of national security

Since 1991 Latvian, Estonian and Lithuania foreign services have worked hard to ensure that there is no such recurrence. As of today, Latvia and its Baltic neighbours have joined every major western international organization, including the EU and NATO. In the aftermath of Russian aggression in Ukraine, Latvia has increased its military budget to attain 2 percent of its GDP. No political force in Latvia, including the most nationalist and the most populist ones, calls for leaving the EU. For it, belonging to Europe is a national security question.

Una Bergmane is a Teaching Fellow at the London School of Economics and Baltic Sea Fellow at the Foreign Policy Research Institute in Philadelphia.