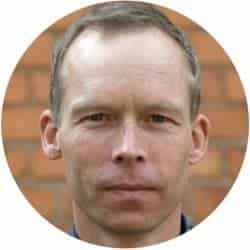 Our generation has a unique opportunity. If we set our minds to it, we could be the first in human history to leave our children nothing: no greenhouse-gas emissions, no poverty, and no biodiversity loss.

That is the course that world leaders set when they met at the United Nations in New York on September 25 to adopt the Sustainable Development Goals (SDGs). The 17 goals range from ending poverty and improving health to protecting the planet’s biosphere and providing energy for all. They emerged from the largest summit in the UN’s history, the “Rio+20” conference in 2012, followed by the largest consultation the UN has ever undertaken.

Unlike their predecessor, the Millennium Development Goals, which focused almost exclusively on developing countries, the new global goals are universal and apply to all countries equally. Their adoption indicates widespread acceptance of the fact that all countries share responsibility for the long-term stability of Earth’s natural cycles, on which the planet’s ability to support us depends.

Indeed, the SDGs are the first development framework that recognizes a fundamental shift in our relationship with the planet. For the first time in Earth’s 4.5-billion-year history, the main factors determining the stability of its systems are no longer the planet’s distance from the sun or the strength or frequency of its volcanic eruptions; they are economics, politics, and technology.

For most of the past 12,000 years, Earth’s climate was relatively stable and the biosphere was resilient and healthy. Geologists call this period the Holocene. More recently, we have moved into what many are calling the Anthropocene, a far less predictable era of human-induced environmental change.

This fundamental shift necessitates a new economic model. No longer can we assume – as prevailing economic thinking has – that resources are endless. We may have once been a small society on a big planet. Today, we are a big society on a small planet.

And yet, far from being utopian, the SDGs are achievable by 2030. Some countries, including Denmark, Finland, Norway, and Sweden are well on the way to achieving many of them, and much progress is being made elsewhere around the world. In the last few decades, poverty has been halved. Despite the headlines, violent conflict is on the wane. Diseases are being eradicated. The global population is set to stabilize. The ozone layer is showing signs of recovery. And the digital revolution is disrupting entire industries in ways that could benefit the planet.

Eradication of extreme poverty is well within our reach. Today, about 800 million people live on less than $1.25 a day. According to a recent World Bank report, about 30% of them live in India, a sleeping giant about to industrialize, given the right incentives. Poverty is declining in other countries as well, including Nigeria (where 10% of the poorest live), China (home to 8%), and Bangladesh (6%).

The main source of doubt concerns wealthy countries’ commitment to help developing countries cut greenhouse-gas emissions as they end poverty. Without the proper assistance, poor countries risk becoming locked into reliance on coal and oil for at least another generation, putting the entire planet in danger of out-of-control climate change.

World leaders need to realize that the cost of transforming the global energy system is far less than coping with the consequences of burning the planet’s remaining fossil fuels. Research published this month concluded that consuming all remaining hydrocarbons would result in the melting of the entire Antarctic ice sheet, potentially raising sea levels by 58 meters. And higher sea levels are just one potential threat. Drought and crop failure resulting from climate change, for example, could trigger violent conflict.

Fortunately, there is abundant evidence that countries and industries can thrive without contributing to climate change. By 2030, several countries are likely to have freed themselves from fossil fuels, with Sweden, France, and Germany probably in the lead. These countries will have less air pollution, improved health and wellbeing, and thriving economies.

They will also place less pressure on the biosphere. By some estimates, life on Earth has never been so diverse. The value of biodiversity is that it makes our ecosystems more resilient, which is a prerequisite for stable societies; its wanton destruction is akin to setting fire to our lifeboat. Ending poverty and reducing emissions, including by effectively managing land use and halting deforestation, will go a long way toward stopping the trend and reversing the damage.

Companies such as Ikea and Unilever are leading the way with genuine efforts to assume responsibility for the planet’s climate, resources, and ecosystems. One reason is that rising consumer awareness makes ecosystem degradation bad for business. At the same time, all industries, from information technology to agriculture, depend on services provided by nature. Managing forests, rivers, grasslands, and coral reefs in sustainable ways makes them more resilient and increases their ability to absorb greenhouse gases, which is good for business.

We are the first generation that can make an informed choice about the direction our planet will take. Either we leave our descendants an endowment of zero poverty, zero fossil-fuel use, and zero biodiversity loss, or we leave them facing a tax bill from Earth that could wipe them out.

Johan Rockström is Professor in Global Sustainability and Director of the Stockholm Resilience Centre at Stockholm University.