Sometimes love comes to an end. The glow fades, the couple has grown “apart” or suffered what used to be called “irreconcilable differences”. This occurs not only between individuals but also in politics. The Brexit referendum in the UK, Donald Trump’s election victory in the United States and the success of all sorts of nationalist-populist parties in many European countries (including Sweden) clearly show that one of the more protracted political marriages must now be regarded as dissolved.

The more than 150-year-old alliance between the industrial working class and what one might call the intellectual-cultural Left is over. The recent election results suggest that these two now have almost completely different views on key social and political issues. In general, the traditional working class favours protectionism, the re-establishment of a type of work that the development of technology inexorably has rendered outdated and production over environmental concerns; it is also a significant part of the basis for the recent surge in anti-immigrant and even xenophobic views. Support from the traditional working class for strengthening ethnic or sexual minorities’ rights is also pretty low. The intellectual-cultural Left is the exact opposite: these people are internationalists, free traders, environmentalists and strongly focused on supporting various minority groups’ rights via identity politics. And this group is positively disposed towards immigration and multiculturalism. It is nowadays difficult to imagine a leftist intellectual like Olof Palme inspiring the industrial masses. Instead, it is Trump’s, Marine Le Pen’s and Nigel Farage’s nationalist and xenophobic messages that are gaining a hearing. In December 2015, a Swedish opinion poll showed that the nationalist and xenophobic Sweden Democrats party had greater support among blue-collar union members than any other party, including the Social Democrats.

This also means that one of the dominant theories about what would be the driving force behind the rise of a new socio-economic system must be abandoned. The classic Marxist idea that the working class would be the historical engine of a fundamentally new socio-economic form of production has simply come to nothing. None of the traditional industrial workers’ unions or any of the Social Democratic parties in Europe has produced a vision of what this new model would look like. In Sweden, after the defeat of wage-earner funds policy in the early 1990s, the labour movement put a ban on even discussing these things. The toothless law on co-determination became the endpoint for the Swedish labour movement. If there a political will of the working class today, it is for the most part pointing backwards.

Well, we should not be that surprised. When a group of union leaders in London in 1864 urged Karl Marx to help them form the First Workers’ International, they did not envision any particularly radical socialist future. One of their main demands was instead to stop the British employers’ import of cheap French labour which was used to drive down their wages. With Brexit, and not least the British Labour party’s surprise u-turn in deciding to no longer demand full access to the single market and its basic idea of free movement of labour, the circle has been completed.

How was this fundamental mistake – to designate the industrial working class as the engine of historical change – possible? From a Marxist perspective, it is easy to see. During the era of slavery, the slaves sometimes managed to organize revolts against the slave-owners. But it was not the slaves as a social class that created the new feudal society. Similarly, under feudalism, the peasants could sometimes negotiate tough demands against the aristocracy and they also managed to organize large scale uprisings and revolts. But it was not the peasants as a social class that created the new social order we know as market capitalism. This, again, required a new social class standing outside the then current major contradiction in society, namely the bourgeoisie. From this we should learn that in every system production, the subordinate social class can certainly organize, make demands and fight for its rights. But history also shows that the subordinate class can only negotiate about the conditions within the existing system of production, not propel something fundamentally new. In other words, the subordinate class can fight about how to divide the existing pie but it cannot bake a new type of cake. There are still farmers in our societies, they currently represent around half a per cent of the working population. The once numerous industrial working class is now under ten percent of the workforce in most advanced capitalist economies.

Can the intellectual-cultural Left find a new partner that is more akin to its political visions? The matter seems simple – when we are seeking a new way of organizing society, we should take a close look at what is going on in the most technically and organizationally advanced sector of the economy. What do we then find? A clue can be found in a Swedish op-ed article, “What new businesses need”, in which six young and very successful entrepreneurs presented their demands for new policies (Dagens Nyheter 2013). The first thing they stressed was, surprisingly, that they wanted better opportunities to share ownership with their employees. The authors pointed out that in the country that once launched wage-earner funds, it was in practice almost impossible to make employees partners. Their rationale was that their kind of businesses is so dependent on its employees’ trust, skills and creativity that traditional hierarchic and often oppressive systems for management control cannot be applied. Making employees co-owners largely resolves this problem. Many analyses of how advanced high-tech and IT-companies operate lend support to this (see here and here).

This form of economic democracy, which turns out to work surprisingly well, can be applied to more than just high-tech companies. The Swedish left and especially the trade union movement completely missed the opportunity, for example, to make public pre-schools, schools, health care centres and homes for the elderly into worker co-operatives when the opportunity to privatise such public operations arose. The blind ideological fixation on traditional working class-based “forms of struggle” seems to have ruled out any radical rethink of how to organize public services in a new and more democratic way. However, the chance may still be available. A political alliance between the intellectual left and the new entrepreneurial economy could be one such opportunity: in the advanced sectors of the economy, capital is today more dependent on knowledge than the other way around. It used to be the case that the owners of capital also knew how to organize production and had the specialist technical skills and knowledge. This is for the overwhelming part no longer the case. Most people who own the capital in a company have no knowledge of these things. Instead, it is the employees who are in command of almost all essential knowledge and skills. 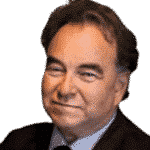