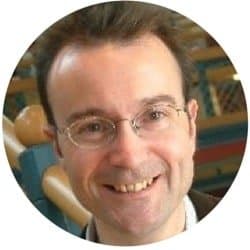 A common response to the wave of protests over Uber is that its opponents are ‘Luddites’. The implication is that resistance to new technology today will prove futile, just as it did in the nineteenth century, when the original Luddites were unable to prevent the rise of the factory.  This view misunderstands what Luddism represented, and fails to see why its example is still relevant.

The Luddites are often characterised as ‘machine breakers’ but there was more to them than that. The Luddite movement, which peaked in 1811-12, was almost the last act of resistance to a process of economic and institutional change which had begun 150 years earlier. This process saw the gradual decline of a ‘moral economy’ centred on the guild model of production, and its displacement by a form of industrial capitalism in which the dividing line between capital and labour – or ‘masters and servants’ – was obvious to all. This transformation was disruptive of social relations which had previously seemed stable and secure.

Guilds were associations of producers which performed functions we would today refer to in terms of training and licensing. A guild would typically regulate entry into a trade and set minimum standards of quality. It would also police ‘unfair’ competition. Guilds were hierarchical in the sense that power vested with a class of insiders whose status derived from their experience and standing in the trade. Guilds were also exclusionary, setting up barriers to entry which discriminated against outsiders. At the same time, they were an important source of social capital. They preserved valuable knowledge and skills. They embedded industrial firms in their local communities and helped create public goods at a time of increasing urbanisation.

The guilds were not capitalist. To employ others and to trade within a regulated occupation or profession, a producer had to have first served an apprenticeship and thereby gained entry to the guild. Merchants and financiers were kept at arm’s length. Underlying these practices was the idea that the ‘mystery’ of the trade – the skills and knowledge needed to practice it – was a kind of property right which vested in the members of the guilds and which the law would protect.

In the later decades of the seventeenth century, cases challenging the privileges of the guilds began to come before the English courts. Often these were brought by merchants who operated as middlemen, linking guild-based producers to growing consumer markets at home and abroad, and supplying finance to networks of small firms. These merchant-capitalists were in principle acting illegally if they did not have guild membership. As counsel in a leading case put it in 1689, ‘he who cannot use a mystery himself is prohibited to employ any other men in that trade’. The court agreed and upheld a fine levied against a merchant.

However, the dissenting judge in that case thought that the law, which dated back to the previous century, was archaic. It was also unnecessary, since the solution to sub-standard production lay in the market: ‘no greater punishment can be to the seller than to expose goods for sale ill wrought, for by such means he will never sell more’.

So began a slow but sure reinterpretation of the statutes relied on by the guilds for protection. By the early nineteenth century these laws were a dead letter. They were not repealed until 1815, but prior to that point courts had simply refused to enforce them. This was because, as a senior judge put it, it was unthinkable that mill owners who were among ‘the first families in this kingdom’ should be ‘required to serve regular apprenticeships’ as a condition of doing business.

That judgment was issued in 1811, the same year as the start of the Luddite protests. These began in response to the refusal of magistrates to convict employers in the Nottinghamshire hosiery trade for failure to observe the customary minimum wage.

We might conclude from the story of Luddism that very little is new in the current conflict between Uber and its opponents. Now, as then, technology provides the occasion for disruption of settled economic relationships. In addition, as in the 1810s, there is more at stake than the protection of vested interests. The guilds helped preserve the knowledge on which early forms of industrial production depended. They embedded economic relations in a wider set of communal rights and obligations. Luddism was an attempt to maintain this web of reciprocal relations. Resistance to Uber raises similar issues concerning the responsibilities of enterprise and the capacity of the law to tax and regulate it.

Is the lesson of Luddism that resistance to new technology is bound to fail? The Luddites could not prevent the rise of capitalist forms of production. Workers lost control over the process of knowledge production and became subject to the discipline of the factory. The guild model could not compete with mass production, which made manufactured goods available at low cost to a far wider range of consumers than before. The guild survived only as a ceremonial relic.

But Luddism had a more positive and longer-lasting legacy. The employment relationship which emerged from the collapse of the guilds became the foundation for a new social compact. A generation after the defeat of Luddism, the east Midlands hosiery trade became one of the first to establish collective bargaining between employers and trade unions. Over the course of the next century, the institutions of the welfare state were put in place to reinvent economic security for the industrial age. It is these institutions which are now at threat. Technology has allowed employers to establish new forms of control over the work process and this is leading to the casualization of previously stable employment forms.

This process is not, however, as inevitable as it looks. In the case of Luddism, social protest helped trigger a response to disruptive technologies, which eventually led to an uneasy compromise between labour and capital, but a compromise nevertheless. There is no iron law of capitalism which dictates that technical change leads to immiseration.

Uber is a capitalist firm which benefits from the support provided by the legal system to business enterprise. The economic value of Uber’s technology would be close to zero without the protection provided by intellectual property law.  Uber’s shareholders can afford to take on business risks because they are shielded by the legal institution of limited liability. Democratic states which observe the rule of law are the best protection companies have against predation and corruption. Thus the courts and legislatures of those states are far from powerless in the face of corporate interests.

It is not at all obvious that companies such as Uber which enter an existing market should be exempt from the rules and regulations which apply to incumbents. These rules generally involve trade-offs which are the result of political bargaining and reflect hard-won compromises. London’s black cab drivers enjoy certain monopoly rights in return for accepting regulations intended to protect the public. Uber’s arrival may be the catalyst for a reappraisal of these regulations but there is no reason to exempt Uber from democratic control simply on the grounds that the driver’s app is not exactly the same thing as the taximeter. If technology can evolve, so can the law.

Luddism was a response to the failure of the courts to defend economic interests which legislation had appeared to protect. Thus a final lesson from history is that when the courts only protect the rights of the rich and powerful, violence and disorder often ensue.