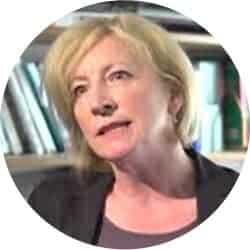 Emmanuel Macron’s star has been rising, there is no doubt about it. His campaign, reportedly long planned but rapidly developing in response to external events, has taken him to the foreground of French politics. Several of the latest polls show him to be ahead of François Fillon, the candidate of the mainstream right, in a first-round contest, and the politician believed most likely to beat Marine Le Pen in a second-round run-off. Not bad for a young (39-year-old) man with little experience of politics and virtually no party network. And astonishing in the French context where party machineries and tried and tested strategies have formed the basis of campaigns up until now. What would previously have been a source of weakness has in today’s political landscape become strength.

Benoît Hamon’s surprise victory in the left primary on Sunday has to some extent revitalised both the Socialist Party and the wider presidential campaign. It has encouraged the candidates to focus on programmes and proposals rather than the past five years of the disastrous Hollande presidency. However, it is going to take some time before the PS can rebuild itself as a credible party of government in the eyes of the electorate.

Tellingly, the mainstream right is concentrating its fire on Mr Macron rather than Mr Hamon. Over the last week, two of Fillon’s allies accused Macron of using public funds to finance his campaign, based on an extract from a book by two journalists which was published in Le Figaro on 21 January. Of course, this may be seen as an attempt to deflect from the growing scandal around Fillon’s use of public money to employ his wife. Macron has invited journalists to scrutinise his ministerial accounts and it is vital for him to be able to present himself as squeaky clean. Being seen as less dishonest than his right-wing rival is not enough to mobilise French voters and will in any case be grist to the mill to the far right. The idea that ‘all politicians are corrupt’ has become widespread and deeply corrosive in France.

The second accusation levelled by the right at Macron is that his campaign is an ‘empty shell’ because he has been slow in outlining his manifesto, now promised for February. As his experience in government was limited to less than two years at the treasury, Macron has been attempting to catch up on foreign policy expertise, most recently cancelling domestic commitments to travel to the Middle East. His recent interventions on the European Union also signal a desire to assume a more statesmanlike posture. By calling for a new pact between France and Germany, the former to undertake structural reforms, the latter to reinvest its surplus as the de facto currency leader, Mr Macron’s intervention has potentially opened up a new space for debate in the campaign, although linking domestic reform to European commitments is a risky electoral strategy.

Meanwhile, Macron’s campaign following has grown and received high-level backing not just from financiers, politicians and influential media and PR people, but also from intellectual figures like Jean Pisani-Ferry, General Commissioner for Policy Planning under the current government, and now heading up a forum of 400 experts contributing to Mr Macron’s manifesto. Waiting until February to announce his programme, expected to contain ten or so priority areas each with the same number of specific proposals, will ensure maximum publicity. In other words, barring any major upsets between then and now, Macron is aiming to set the policy agenda for the campaign. At the same time, once his manifesto is unveiled he will start to come under attack from the right on specific issues, particularly on internal and external security.

There are already clear indications of the likely outline of policy proposals, at least on domestic economic and social policy. In his book ‘Révolution’, published after a long media trailer in December 2016 and immediately hitting bestseller status, Macron situated himself in the ‘third way’, both ‘liberal’ and ‘left-wing’. Proposals aired to date have focused on streamlining social security contributions, relaxing rules on working time, phasing in later retirement ages, and in line with current government policy increasing flexibility for school curriculums and continuing to reduce the number of territorial administrative units.

Macron’s campaign has so far showed an extraordinary flair and media savvy. His ‘En Marche’ movement has come from nowhere to become a leading centrist alliance which benefits, like its candidate, from its freshness and lack of party baggage. His weaknesses lie in a lack of programmatic depth which he still has time to address, and in an aspirational image which is largely limited to more affluent social groups. Whether he can sustain the momentum built up so far will depend partly on how far Hamon can carry off the balancing act of uniting the left, distancing his party from the current administration, and being able to fight off accusations of spendthrift utopianism: that is, how wide Macron can keep the centre ground. It also depends on how far the right is able to refocus on security issues, and with what impact on a fragmented, volatile and unpredictable electorate.

Susan Milner is Reader in European Politics at the University of Bath.