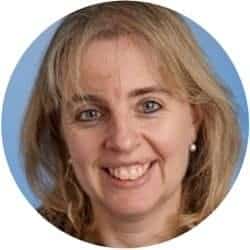 The economic crisis battering the EU and the EU’s response to it have posed a major challenge to the European social model. Not only have trade unions been highly critical of what the EU has done, but so has Commission President Jean-Claude Juncker. In his first speech to the European Parliament he said:

The measures taken during the crisis can be compared to repairing a burning plane whilst flying. They were successful overall. Yet mistakes were made. There was a lack of social fairness.

And this lack of social fairness is undermining the legitimacy of the EU project. An economic and political union without a social union is a two-legged stool. Workers who have paid the price of austerity measures may well ask what has the EU done for them? So how can the EU respond?

EU social policy has always been something of a misnomer. While social policy at national level spans health care, welfare benefits, housing and education, for the EU it has traditionally been associated with the much narrower field of employment law – and a ragbag of protection at that: strong rights to equality but much weaker protection on, say, dismissal.

The reasons for this patchwork quilt of coverage can be summed up in one word: competence. The EU can act only where it has the power i.e. ‘competence’ to do so. In the absence of the competence to act, the powers remain vested in the Member States and these continue to be where delivery of health care, social benefits and much employment law takes place.

Yet this divide between the EU and the Member States may have worked well in the 1950s when the European foundation treaties were first drafted, but has come under question in more recent years. First, the Treaty provisions on the four freedoms (goods, persons, services and capital) and on competition law have been used to challenge the national social rules which interfere with the operation of the single market. The most notorious example of this is the European Court of Justice’s 2007 decision in Viking Line. The Finnish seamen’s trade union threatened strike action – lawful under national law – when the employers proposed reflagging a Finnish vessel as Estonian (and thus being able to hire cheaper Estonian labour). However, the ECJ used Article 49 of the Treaty on the Functioning of the European Union (TFEU) on freedom of establishment to limit trade unions’ freedom to go on strike.

Second, the little loved European Semester, the complex, opaque economic governance process launched in 2011 permits the EU to make recommendations to Member States over a wide range of issues: poverty, skills, early school leaving, labour market segmentation (areas over which the EU has little or no competence). For the Eurozone states those recommendations may come with sanctions attached for non-compliance.

Third, the bailout countries, especially Greece but also Portugal and Ireland, have had to sign memoranda of understanding (MoU) which have committed them to radical cuts in social welfare provision in order to receive their loans. Challenges (brought mainly by trade unions) to the terms of the MoUs and to their subsequent implementation in the Member States, in particular reduced protection upon dismissal and lowering of pension payments, have largely fallen on deaf ears. The new EU Charter of Fundamental Rights has not come to the aid of those invoking its provisions before the ECJ (in Luxembourg). Its sister court, the European Court of Human Rights (in Strasbourg), has shown a similar lack of willingness to address the human rights dimension of austerity measures.

Fourth, the diet of austerity prescribed for countries in difficulty has exacerbated the problems: rising unemployment has meant lower tax receipts and higher claims on social welfare which in turn have raised a country’s indebtedness. Free movement of people has acted as something of a safety valve to help individuals leave their country of origin and seek work elsewhere in the EU. But many young, low-skilled workers have not migrated and unemployment remains very high in states such as Greece and Spain.

All of this suggests that EU social policy is in a mess. Can anything be done? Answering this question was the main purpose of the Cambridge-Euroforum conference hosted by Trinity College, Cambridge on 24-25 September 2015.

The conference was inspired by what Frank Vandenbroucke and Bart Vanhercke have called a European Social Union (ESU): the idea is not to create a European Welfare State; ESU is about the framework needed to make the EU a successful union of flourishing welfare states. An ESU should support national welfare states in some of their functions (such as the stabilisation of the economies) and guide their development on the basis of general social standards and objectives. That would leave decisions on the ways and means of social policy to the Member States. These ideas could feed into the current debate launched by the Five Presidents Report 2015 on completing economic and monetary union (EMU). It notes that:

For EMU to succeed, labour markets and welfare systems need to function well and in a fair manner in all euro area Member States. Hence, employment and social concerns must feature highly in the European Semester.

What does this mean in practice?

At first sight, the prospects for tangible action are not encouraging. More EU-level social laws, while feasible, are not on the agenda: the EU legislative cupboard is well and truly bare. ‘Enhanced cooperation’, delivering EU social legislation to like-minded Member States but not binding on non-cooperative partners, might deliver some outcomes but this has yet to be explored. Likewise, reliance on the so-called horizontal clauses in the Treaty (e.g. to attain a high level of employment and a ‘social market economy’) offers little by way of substance. By contrast, the 2014 public procurement directives have considerable potential for delivering social objectives. For example, they open up the possibility for local authorities to impose living wage clauses in their supplier contracts.

More social partner (i.e. management and labour) involvement, while desirable, is hampered by the weakness of social partner organizations in a number of the new Member States, and by divergent interests. A social progress protocol, requiring social interests to take precedence over economic provisions, to address the problems seen in Viking, has long been advocated by the ETUC. This would require Treaty amendment and that would require the agreement of all 28 Member States. Unlikely.

However, this does not mean that no action is possible. For example, the balance between mobility of workers and the freedom to deliver services across borders on the one hand and concerns for domestic social cohesion on the other hand could indeed be improved. This constitutes an important agenda for the new Commissioner on Social Affairs and Employment, Marianne Thyssen. It must also be possible to involve the social partners when designing EU policies. The social impact of economic and budgetary policies can be seriously assessed, before key decisions are taken. Choices over the shape of the ESU lie with politicians. But whatever they decide will be good for the Eurozone while leaving non-Eurozone states out in the cold. Workers in non-Eurozone states, such as the UK, will continue to benefit from the existing corpus of EU employment law (assuming no Brexit) but they will not be able to anticipate any expansion of their rights or employment protection.