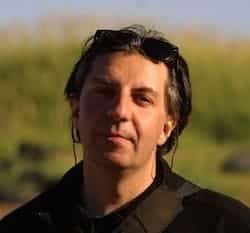 Italy’s new PM Matteo Renzi has pledged to slash the country’s record unemployment with his American-branded ‘Jobs Act’. But his labour reforms, which will see short term job contracts extended for up to 3 years, are more of the same medicine applied since the turn of the 1990s that have been such bad news for the Italian economy and workers.

Renzi has pledged to enact reforms that tackle Italy’s growth and productivity crisis. But his ‘flexible’ labour reforms – which will allow employers to fire workers on the payroll for three years without justification – will do nothing to reverse the backwardness of Italy’s economy.

The decline in Italian productivity is dire. Since the mid-nineties, productivity growth has fallen four-fold, from 1.65% to 0.39%. During the same period, the rate of capital accumulation fell eight fold. From 4% to a paltry 0.5% – first down to 2.6 % per annum before sliding in the nineties to 1.5% per year and then since the (2008) crisis down to half a percent. The flip side of this dynamic is the rate of growth in capital intensity, the ratio of capital to labour. In the thirty years it has halved from an average of 2.1% per annum in the mid nineties, to a paltry 0.96% today.

These negative dynamics of labour productivity, the investments made by companies, and the capital/labour ratio, lead to a stagnation in total factor productivity – the factor of technological advancement par excellence – which has fallen from a modest 1% per annum in the first phase, to close to zero in the second phase, and then going into negative territory since the crisis of 2008.

What is it that happened at the turn of the nineties and later to the present day to induce companies to stop investing in the quality of work and technology? Among the many things that happened, the two most important are wage moderation and flexibility of the labour market.

In 1993 an important agreement was signed by trade unions and the government that reformed collective bargaining – at the national and the sub-national or company level. While the first had to ensure that wage developments were consistent with the reduction of inflation (inflation adjusted), the second would have to initiate a virtuous cycle, engaging employees to grow productivity and real wages at the same pace, innovating in technology, the organization of work and new products. The government was to support this change with macroeconomic and microeconomic policies, policies for innovation and industrial strategy.

We know how the story ended. Wages were held down, inflation was reduced, Italy achieved the Maastricht criteria and this enabled us to become a part of the Eurozone, although with an “unpleasant” side effect – a loss of 10 percentage points in labour’s share of the nation’s wealth, to the benefit of profits and financial returns.

As for the virtuous path and participatory approach that would have raised productivity and real wages along with technological and organizational innovation, there was no sign of it. Indeed, companies have stopped investing in the organization of work ( “best practice” is unknown!) and technology.

What happened in the nineties, from Treu Law of 1997, which kicked off the deregulation of Italy’s labour market, to the Biagi Law of 2003 (infamous for its “supermarket contracts”) and most recently the contradictory Fornero Law, of 2012, was a progressive deregulation to promote the flexibility of the labour market. [1] The goal was to create, at the margins, a dual labour market: precarious jobs to flank permanent jobs. This “drift” has prompted more companies to rely on precarious work, low pay, and unproductive labour, replacing stable jobs, instead of innovating in the workplace, investing resources in research, training and human capital.

The state’s role was on the one hand deregulating labour and on the other avoiding any responsibility for industrial policy to adapt our productive system towards sectors with higher technological content and economic and environmental sustainability. Not only that, it has also helped to demolish companies that would have been able or willing to innovate, thanks to competition from companies with workforces of poorly protected workers, facilitated by the flexibility of the labour market.

The “drift of flexibility and wage moderation” has thus led us into the “trap of zero productivity”, which is where we are now, in the years of the Euro.

More Of The Same

Unfortunately, it seems that those who govern us did not learn anything. Parliamentary majorities, prime ministers and ministers of labour change, but the only recipe they can think of is labour flexibility. Now it is the turn of the duo Renzi–Poletti [labour minister], who tell the tall tale of the ”expansive precariousness,” and sell us their recipe like ticket touts, making us believe that just with a little more flexibility and the simplification of the rules companies will again begin to hire, will regain competitiveness and maybe they’ll grow productivity because workers will have more certainty in finding a permanent job, or so says Giuliano Poletti [2].

The risk is rather that after the decline, these gentlemen will lead us straight into the abyss. We are at the threshold of a decade of “zero” productivity growth, another step and we’ll have to inaugurate the phase of “below zero” in productivity. The productivity “ice age”, we’ll have to call it.

PS: The Governor of the Bank of Italy, Ignazio Visco, speaking at a conference of the business lobby Confindustria in Bari on “Social capital: the power of the country”, declared:

Improving the competitiveness of firms depends to a great extent on the development of human capital at their disposal, in collaboration also with the system of education and research. In this regard, studies of the Bank of Italy show that more stable labour relations can stimulate the accumulation of human capital, encouraging people to acquire skills specific to the enterprise. This in turn can increase the intensity of innovative activity and, ultimately, the dynamics of productivity.

Did the many present in the room listen, or did the wind of labour flexibility whisk away his words before they were heard?

[1] The OECD finds that Italy has the most flexible labour market among the industrial countries, and has reduced job protection without any increase in productivity, with the reduction in protection for workers the leading to ever worse productivity (http://keynesblog.com/2013/03/20/produttivita-e-regimi-di-protezione-del-lavoro/).

[2] “It is clear that, if over a period of 36 months there are 6 different people who do a job in succession, I think it is better to have the possibility that for those 36 months there is an extension of the contract for the same person. At the end of the 36 months it is more reasonable to assume that a person who has been there 36 months, rather than one out of those six, is hired. Anyone who argues that this increases precariousness is, in my opinion, at odds with the facts” (Giuliano Poletti, Rainews, March 27, 2014).

The author would thank Tom Gill for the English translation of the original text.

Paolo Pini is Professor of Economics at the University of Ferrara and member of the Scientific Committee of the Italian Economic Association (SIE).