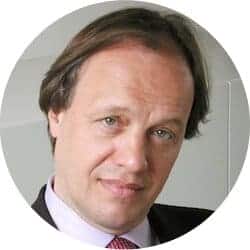 The failure of the German Chancellor Angela Merkel to form a government after the elections a month ago came as a shock for many observers. What has happened to the “leader of the Western World”? Is German power on its “way out”? This perception is wrong. Merkel has never been as strong and successful as has been claimed, nor is Germany in a political crisis.

Merkel has probably been the least effective leader of Germany since the unfortunate Chancellor Kiesinger in the late 1960s. Born in communist East Germany, her instincts were nationalistic and she lacked the Western socialisation under which her generation grew up in the Federal Republic. She never had a big vision for Germany or Europe. During her 12-year rule, she changed positions as easily as coalition partners; she went with the flow and her party lost its conservative identity.

Merkel’s greatest asset is her sharp intelligence, which makes her a fast learner. This became clear during her disastrous management of the Euro-crisis. Her early resistance to bail out Greece destabilised Europe’s financial markets and turned Germany into a supposedly safe heaven. But when the Euro Area was close to collapse, she let ECB President Draghi “do whatever it takes to save the euro”.

Domestically, she has generated the unthinkable: an anti-European xenophobic party has entered Parliament to the right of her Christian Democratic Union. Her open-arms refugee policy deserves moral praise, but integrating more than a million refugees stretches German tolerance to its limit.

The lack of strong government has had admirable consequences: Germany society has settled into an amazingly stable equilibrium of openness and tolerance. But under the surface, change is in the air. Right-wing discourses are becoming acceptable again; poverty has increased. And despite full employment and a balanced budget, public infrastructures are falling apart.

What is the way forward for Germany? The worst solution would be another Grand Coalition between Merkel and the Social Democrats. It would perpetuate immobility, anesthetise political conflict and open the path to the Austrian Model of a populist take over. This cannot be in the interest of Germany, Europe or the World. Germany needs a strong and polarising opposition.

New elections are also not a promising solution, for it is not clear how voters would react to the political bickering between parties that have failed to form a government. Nothing would be worse than a new parliament with a similar deadlock.

This leaves the possibility of a minority Merkel government, possibly in coalition with the Greens. The inclusion of the latter would strengthen Germany’s will to reform the European Union after Brexit. This government would seek the support of other parties issue by issue. This is where Merkel’s lack of principled firmness becomes an asset. It would also return power to the Bundestag, Germany’s Parliament has lived for too long in the shadow of Grand Coalitions. This would be good for Europe and for German democracy.