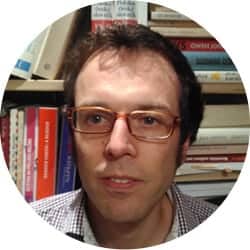 “The Pardubice region without immigrants” was one of the billboards used in the recent Czech regional elections of 8 to 9 October. Most of the small anti-migrant parties were largely unsuccessful apart from the coalition led by the MP Tomio Okamura. Jaromír Dušek, Pardubice Region deputy head, who ran a harsh anti-immigrant campaign, was one of those unelected. The billboard slogan is absurd in view of the role migrant workers have played in the regional economy.

Labour migration from non-EU countries to Czechia almost stopped after the 2008 financial crisis. But now, in a move to reduce the political barriers to immigration, the Czech Government approved in July measures to ease the entry of Ukrainian migrant workers. The Ministry of Industry and Trade claimed that it would entail only up to 5000 workers. In the new regime certified employers would still have to go through the usual application for visa and work authorisation, but they could bypass visa quotas. The trade unions have been wary of what they see as a “cheap labour” policy. They fear much larger numbers of migrant workers could be brought onto the Czech labour market and often for low-skilled positions.

When this new labour migration policy was discussed in the summer by Czech MPs, Josef Středula, the head of the Czech-Moravian Confederation of Trade Unions (ČMKOS), was accused of standing in the way of the current economic boom by being against the filling of vacant positions by migrant workers: “Now Czech companies have the chance to develop but you block [this potential] with your social romanticism”. The supposedly naïve trade unionist had, however, grounds for scepticism regarding the motives of employers. Ivan Pilný, a MP (ANO party), was even blunter than the employers present at the same meeting: “It´s not possible to push businesses into respecting certain wage principles,” thus refusing to put Czech and Ukrainian workers on the same foot.

Is it possible to combine the “anti-immigration” stance with the perceived labour shortages in the growing economy? Employers’ associations, politicians and high-level representatives of the Ministry of Interior and the Ministry of Industry and Trade think so: let’s make “white” Ukrainian workers come. They saw the Ukrainian workers as a compromise that could be more acceptable to the public than (im)migration of refugees and Muslims. According to the head of Asylum and Migration Department of the Ministry of Interior, “[it’s] important for this country that Ukrainians come here because this means that other people won’t be coming. We know that the integration of these people into Czech society will be unproblematic”.

The Czech-Moravian Confederation of Trade Unions, however, refused to endorse this political compromise. First, it saw it as a measure that would compromise its ‘End of Cheap Labour’ campaign for higher wages for Czech workers because the import of new workers would weaken their marketplace bargaining power and slow down wage increases. It used cultural arguments – no to bringing Ukrainian workers from ‘culturally different areas’ – to oppose this governmental move. Second, it saw such an employment policy as one buttressing the re-Fordisation of the Czech economy via simple and low value-added “assembly-line production” and “cheap labour”: “The Czech Republic and other countries of central and eastern Europe are considered as the China of the European Union and we don’t think this is okay”.

To promote the social protection of those damaged by the market’s evolution, trade unions can either reduce the competition coming from migrant labour by restricting immigration, or guarantee the same rights to all workers. Both positions are represented among Czech trade unions. On one hand, there are migrant workers who have joined a union. This has been especially the case with migrant workers that are close in their employment and social characteristics to the “average” Czech trade unionist. Such was for example the experience of trade unions in one manufacturing company: “Those who are here permanently enter the trade unions in a normal way like any other member who’s a core worker. Speaking as head of the local trade union I can say that we have had Ukrainians, Vietnamese and Poles as members”. On the other hand, many migrant workers are over-represented in economic sectors with a lower trade union density and vice versa. They are over-represented in construction or retail, which have a lower than average density, and under-represented in the more organised public administration or education sectors. There is no data available regarding the unionisation of particular jobs but migrant workers are again likely to be more represented in jobs with a lower unionisation rate. Likewise, they tend to be more exposed to insecure contracts or various forms of indirect employment, which some trade unions do not organise at all.

Last year the head of the ČMKOS made a clear statement against xenophobia: “We´ll call for a decidedly rational discussion [on refugees], we’ll remind of the danger of xenophobia and the potential misuse of [this topic] by some radical movements”. In this, his position is opposed to the one promoted by Jaromír Dušek, who is a former trade unionist.

There are signs of a reinvigorated trade union movement with higher numbers of new members. For example, the ČMKOS trade union affiliates have recruited 13,000 new members in the last year as opposed to 11,000 the year before. For the trade unions to be stronger, migrant workers should be part of them. Without them it is hard to regulate individual workplaces and to improve the wages and working conditions not only in workplaces but also across entire economic sectors. However rightfully suspicious the Czech trade unions may be with regards to particular employers´ efforts to bring in new workforces, migrant workers are already an integral part of the Czech economy and society. ČMKOS has recently prepared a set of leaflets on workers’ rights in four languages most commonly used by migrant workers in Czechia. This is welcome but we need more – we need a call to migrant workers to join trade unions.

Marek Čaněk, Ph.D. is director of Multicultural Centre, Prague. He specialises in labour migration policies and labour enforcement of migrant workers' rights in the Czech Republic.