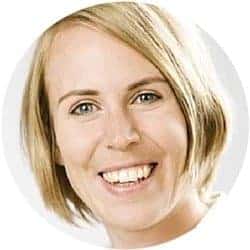 In current debates, it is often discussed whether digitalization is good or bad for employees. Some expect that with the so-called digital revolution, work will spill over onto the rest of life even more than it does today. Employees’ self-organization, said to increase through digitalization, threatens to overburden them. Health problems such as burn-out and work-life conflicts are likely. Others, by contrast, see the upside of the digital revolution in an increase in employees’ work sovereignty, higher work satisfaction and a better work-life balance. Whereas many work processes are already digitalized in the service sector, digital devices are more and more put to use in the industry sector. A proper work-life balance might no longer be an unreachable goal for the shift-worker in manufacturing.

One lesson from this is that employees’ benefits derived from flexible working depends on the way in which flexible working arrangements are implemented. Digitalization will not automatically foster employees’ work-life balance, as is often proclaimed.

When discussing the pros and cons of the digital revolution, we also have to take into account that flexible working impacts on women’s and men’s lives differently. With flexible working time, men often invest more time in work. Women, by contrast, use their time flexibility more for activities and duties outside work. One reason for the different use of flexibility is that women still take on the lion’s share of housework and care work. Women therefore have to deal with time boundaries within other spheres of living more often than men. These time boundaries are, for example, the opening and closing hours of day-care centres, school holidays or the work schedule of the home-visiting nursing staff for family members in need of care. Those who claim that digitilization will lead to the dissolution of “traditional” time boundaries primarily refer to those within the labour market sphere. Time boundaries in spheres of life outside paid work are generally neglected.

Workplace norms and expectations also play a crucial role in women’s and men’s use of work flexibility. At the workplace, the norm of the ‘ideal worker’ prevails. The ‘ideal worker’ works full-time, has no duties outside the workplace and is therefore available for the employer’s needs at any time. Even when employees organize their work and working time by themselves, they still have to comply with this norm – at least when they seek to fulfill the employer’s and their colleagues’ expectations. Since women take on most home duties, they have fewer capacities than male counterparts to be ‘ideal workers’. In addition, employers and colleagues view men rather than women as ‘ideal workers’ – especially with regard to having children. Mothers are expected to use working time flexibility for care work, whereas fathers are stigmatized for doing so. Thus, the risk of overtime and work intensification is primarily a male issue.

Digitalization, i.e. flexible work in space and time, risks aggravating traditional gender arrangements; men invest more time at work, while women take on duties outside work as I have argued. Digitalization might exacerbate the current unequal allocation of paid and unpaid work between women and men rather than dissolve “traditional” boundaries between work and the rest of life. Or more precisely: the traditional boundaries mainly melt away for one group of employees, namely men, while women still deal with time boundaries in other spheres of life more often than not.

Surprisingly, the costs and benefits of digitalization by gender are not acknowledged in ongoing debates on the digital revolution. Digitalization is discussed as if the labour market and the workplace were completely gender-neutral. This is especially obvious when the necessity of further training and life-long learning is discussed. The common expectation is that employees will have to be constantly trained in order to keep up with digital innovations. However, there is no discussion on how employees’ demands for further education within and outside working time might be combined with demands on the working day for other duties such as care work. Because further education is seen as an inevitable consequence of the digital revolution, we might even expect that the ‘ideal worker norm’ will be stretched further. At the digitalized workplace, the ‘ideal worker’ might not only work full-time and comply with the employer’s needs but might also constantly engage in further training. Since men have more time on their hands than women to invest in training and life-long learning, such a work norm would worsen gender inequality at the digitalized workplace.

The risks implicit in the division of labour and use of flexible working time arrangements by gender must be taken into account when discussing the consequences of the digital revolution. In order to attain equal opportunities for all employees, flexible work in space and time has to be implemented in a way that acknowledges women’s and men’s varying demands on time in their lives. Digitalization should not be treated as a gender-neutral process that is naturally beneficial for all employees. Persistent social inequalities will not simply disappear through digitalization, but rather run the risk of increasing. Awareness of this risk is essential for actively managing the digitalization process in such a way that social inequalities at the workplace decrease.

Yvonne Lott is a sociologist and researcher at the WSI of the Hans Böckler Stiftung. Her research focusses on work organisation and working time as well as gender issues.