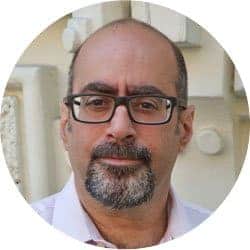 No people, no problem (Нет людей, никаких проблем) is the quote often attributed to Joseph Stalin. Yet, if there is a lesson from Latvia’s October 6, 2018 national election, the problem was not the oft-repeated histrionics about its electoral takeover by ethnic Russians. The problem was demographics (‘No people, big problem’) and waning enthusiasm for democracy.

Democracy’s health worsens in Latvia, while it is on life-support in many parts of the world. The problem with Latvia’s election was, first, how few people voted, as only 54 percent of the eligible electorate participated (remembering Latvia still has significant, but declining number of ethnic Russian non-citizens, who can’t vote in national elections). This turnout represented a drop from many of Latvia’s previous elections and is low compared to most other EU national votes. Voter turnout has been dropping globally (with some variation by country and time) for three decades at least.

The second problem with Latvia’s election is how few people remain in the country to vote. Since independence in 1991, Latvia has lost over a quarter of its population through emigration and low birth rates. Some of the earliest losses were from Soviet loyalists seeking refuge east when the USSR collapsed. Yet, emigration, or “exit,” as the late political economist Albert O. Hirschman termed it, has continued in Latvia and represents the ultimate vote of no confidence. Latvia, like many post-Soviet states, has seen sustained waves of emigration as often punishing regimes of austerity were imposed on its people to “restore macro-economic stability.”

In Latvia, this occurred as recently again as in 2008, when it suffered the world’s largest contraction of GDP (over 20 percent in the two years following the global financial shock). The ensuing brutal austerity regime led even the IMF to try and restrain the Latvian government from imposing such harsh measures on its people. A massive “vote” of exit followed again as people left in search of better conditions. Several years of exceedingly low birth rates followed for those who remained. Thus, not only is Latvia bereft of many people it once had, but for some of those staying, the choice increasingly made is to not vote as the ballot box has not delivered positive change.

Despite big increases in GDP since independence from the Soviet Union, Latvia’s average take home pay now approaches just 700 euros a month. This paltry sum must cover costs for essentials such as food, energy and clothing which are more expensive than in the US. In the countryside, wages can be lower still. Yet, there is one upside from these demographic losses. With its aging population having dropped to under 2m (from a Soviet peak of 2.67 million) a labour shortage has resulted. This, plus becoming less dependent on offshore banking and raw timber extraction, is creating a more balanced economy where wages are rising. That said, Latvia remains a hard place to live for many, albeit better than in many points east (e.g., most of Russia, Ukraine, etc.).

The third problem with Latvia’s election was the emergence of a right-wing populist party named “Who Owns the State?” (KPV), fronted by a stage actor whose surname translates into the avuncular sounding “neighbour.” Latvia’s KPV is anti-immigrant and decidedly eurosceptic. While not in the order of popularity of Viktor Orban in Hungary, or the Law & Justice Party (PiS) in Poland, or the populist coalition in Italy, the KPV rapidly rose from obscurity to take 14 per cent on October 6, making it the second highest vote getter in Latvia.

The two ethnic Russian parties, meanwhile, together got some 23% of the vote, which nearly matches ethnic Russians’ share of the population. Thus, they are in no position to dictate anything, despite concerns voiced about election meddling and propaganda to the east from Russia. The leading ethnic Russian party even saw its vote margin slightly fall, thus making many international media reports about an “ethnic Russian takeover” even shriller. Even so, all the other established political parties saw more dramatic declines in support.

This past decade’s reigning centre-right (neo)liberal party in Latvia emerged this election as the re-branded “New Unity” (the prefix “New,” being, well, new). It was also the party trusted by most EU institutions. New Unity massively lost support, dropping to under 7 percent, but with a “half new” liberal party picking up 13 percent of the vote. In short, the liberals are in disarray.

Lastly, a genuine social democratic party (the Progressives) has arisen with no connections to special interest cash. They lean towards youth and are comprised of artists, entrepreneurs and professionals. With almost no money, the Progressives managed to corral significant support from Latvia’s small youth electorate. Unfortunately, Latvia leans old. Yet, the Progressives cleared the 2 percent threshold to secure future public funding for elections.

The chief lessons from Latvia’s election are that ethnic Russians have not taken over. Their main political party remained stable and saw its support slightly decline. Meanwhile, the other established parties all saw big losses and none more so than “Unity,” the most neoliberal and pro-EU/pro-NATO party. The biggest lesson, however, is that Latvia’s population is still declining after 27 years of independence. Voter turnout also continues to fall, while mirroring the global trend towards right-wing populism.

Jeffrey Sommers is a Visiting Professor at the Stockholm School of Economics in Riga. He also is Professor of Political Economy and Senior Fellow at the Institute of World Affairs at the University of Wisconsin-Milwaukee. He is also Co-Director of the new Society Networked Project at the Center for European Neighborhood Studies at the Central European University in Budapest.