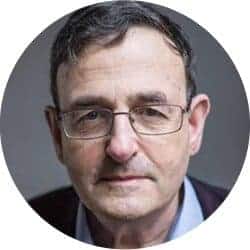 Of the elites who manage modern society, only economists have a Nobel Prize, whose latest recipients, Oliver Hart and Bengt Holmström, have just been announced. Whatever the reason for economists’ unique status, the halo conferred by the prize can lend credibility – and often has – to policies that harm the public interest, for example by driving inequality and making financial crises more likely.

But economics does not have the field entirely to itself. A different view of the world guides the allocation of about 30% of GDP – for employment, health care, education, and pensions – in most developed countries. This view about how society should be managed – social democracy – is not only a political orientation; it is also a method of government.

Standard economics assumes that society is driven by self-seeking individuals trading in markets, whose choices scale up to an efficient state via the “invisible hand.” But this doctrine is not well founded in either theory or practice: its premises are unrealistic, the models it supports are inconsistent, and the predictions it produces are often wrong.

The Nobel Prize in economics was endowed by Sweden’s central bank, the Riksbank, in 1968. The timing was not an accident. The new prize arose from a longstanding conflict between the interests of the better off in stable prices and the interests of everybody else in reducing insecurity by means of taxation, social investment, and transfers. The Royal Swedish Academy of Sciences awarded the prize, but Sweden was also an advanced social democracy.

During the 1950s and 1960s, the Riksbank clashed with Sweden’s government over the management of credit. Governments gave priority to employment and housing; the Riksbank, led by an assertive governor, Per Åsbrink, worried about inflation. As recompense for restrictions on its authority, the Riksbank was eventually allowed to endow a Nobel Prize in economics as a vanity project for its tercentenary.

Within the Academy of Sciences, a group of center-right economists captured the process of selecting prizewinners. The laureates comprised a high-quality sample of economics scholarship. An analysis of their influence, inclinations, and biases indicates that the Nobel committee kept up an appearance of fairness through a rigid balance between right and left, formalists and empiricists, Chicago School and Keynesian. But our research indicates that professional economists, on the whole, are more broadly inclined toward the left.

The prize kingmaker was Stockholm University economist Assar Lindbeck, who had turned away from social democracy. During the 1970s and 1980s, Lindbeck intervened in Swedish elections, invoked microeconomic theory against social democracy, and warned that high taxation and full employment led to disaster. His interventions diverted attention from the grave policy error being made at the time: deregulation of credit, which led to a deep financial crisis in the 1990s and anticipated the global crisis that erupted in 2008.

Lindbeck’s concerns were similar to those of the International Monetary Fund, the World Bank, and the US Treasury. These actors’ insistence on privatization, deregulation, and liberalization of capital markets and trade – the so-called Washington Consensus – enriched business and financial elites, led to acute crises, and undermined emerging economies’ growth.

In the West, the priority accorded to the individualist self-regarding norms underlying the Washington Consensus created a nurturing environment for growth in corruption, inequality, and mistrust in governing elites – the unintended consequences of rational-choice, me-first premises. With the emergence in advanced economies of disorders previously associated with developing countries, Swedish political scientist Bo Rothstein has petitioned the Academy of Sciences (of which he is a member) to suspend the Nobel Prize in economics until such consequences are investigated.

Social democracy is not as deeply theorized as economics. It constitutes a pragmatic set of policies that has been enormously successful in keeping economic insecurity at bay. Despite coming under relentless attack for decades, it remains indispensable for providing the public goods that markets cannot supply efficiently, equitably, or in sufficient quantity. But the lack of formal intellectual support means that even nominally social-democratic parties do not entirely understand how well social democracy works.

Unlike markets, which reward the wealthy and successful, social democracy is premised on the principle of civic equality. This creates a bias for “one-size-fits-all” entitlements; but there have long been ways to manage this constraint. Because economics appears to be compelling, and because social democracy is indispensable, the two doctrines have mutated to accommodate each other – which is not to say that their marriage is a happy one.

As with many unhappy marriages, divorce is not an option. Many economists have responded to the failure of their discipline’s core premises by retreating into empirical investigation. But the resulting validity comes at the cost of generality: randomized controlled trials in the form of local experiments cannot replace an overarching vision of the social good. A good way to begin acknowledging this would be to select Nobel Prize recipients accordingly.

Avner Offer is an Emeritus Professor of Economic History at the University of Oxford.