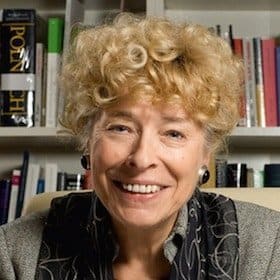 The Pegida demonstrations in Dresden have attracted a lot of international media attention and raised considerable concerns about social peace inside Germany. Many people simply cannot understand why Pegida are warning about a so-called Islamisation of the West in a state, Saxony, with so few Muslims; Muslims make up only around 5% of the entire population of the federal republic anyway. Many observers fail to understand why so many people joined the demonstrations (which are now ebbing away) – with, moreover, a substantial number of citizens “from the middle layers of society” alongside the notorious right-wing extremists.

Most commentators share the view that there’s no risk of an “Islamisation of the West”, that the reasons behind or motives of the demonstrations cannot therefore be sourced to their stated goals but that they do point to genuine anxieties that need to be addressed. How does all of this fit together?

This is not that hard to grasp because, over the decades, we’ve managed to assemble a rich fund of pieces of historical evidence about and numerous scientific analyses of such fears – in Germany, Europe and internationally. The analytical field of study is research into prejudice. Going by the example of the horrendous experience of the murder of Jews, of Nazism and anti-semitism, we’ve known a lot about prejudice and resentment for a long time and should be able to apply this knowledge to what’s going on now.

These pertinent researches have overwhelmingly shown that the causes of prejudice, often overlain with aggressive resentments, do not lie with religious, cultural or ethnic minorities but in the social and psychic sensitivities of people harbouring such prejudices. It’s been known for decades that anti-semitism does not rest upon the Jews but is especially strong in areas where there are few or even no Jews (any longer!). This is true too for xenophobia and, equally, for hatred of Muslims or Islam. So this flares up particularly strongly in places where one has little or nothing to do with Muslims in the flesh – as work colleagues or at the local sports club – and has no human relations with them.

Prejudice and resentment are most readily directed at groups which might feel threatening –  because they “threatened” “Jewish world domination” once upon a time, now they “threaten” “Islamisation of the West” – but are, in fact, too weak to defend themselves against such vicious attacks. Prejudice and resentment erupt, above all, against those which, in the minds of these prejudiced groups, are rejected or disrespected by broad swaths of society. That’s how resentment and prejudice can feel embedded among the broad mass of people. So Pegida can communicate effectively and successfully the cry, We are the people, originally used against the communist dictatorship. They feel at one with wide circles of Germans in their hostility towards Islam – not entirely wrongly according to opinion polls.

That helps explain why people from “the middle layers of society” taking part are not that odd. Historically, the followers and voters of the Nazis were not the poor – these were organized by the social democrats, unions and communists and could see a positive future in front of them. It was very different with people threatened by fears of falling down the social ladder and humiliated by unemployment – many of them members of the middle layers, partly also of the educated middle class which feared for the future and were not immune to anti-semitism, quite the contrary.

Of course, societies with a broad middle class and no great social gulfs within them are a propitious setting for liberal, moderate politics and democracy – as the history of political ideas for the last 2000 years teaches us. But when the gaps between rich and poor grow ever larger and the middle class starts to fear it could be crushed between these two extremes, when individuals begin to feel threatened by a more precarious position and social decline at any time – then, this fear and trembling prompts them to seek to vent their anger and rage on people posing no risk to them.

Given the ever greater global gulfs not only between but within North and South, Europe has embarked upon a dangerous development which many Germans cannot take on board because they think they’re living on an island of the “economically blessed”. The refugee floods won’t stop that quickly, let’s be clear. If we cannot say swiftly and frankly, this is what we can expect, what we can deal with and the kind of practical solidarity we can show locally as well as globally, then fear and hostility will increase both at home and elsewhere to the extent that we may no longer be able to control them.

What’s more, given German history, anybody who doesn’t take on board the murderous potential of prejudice and aggressive resentment, who ignores the fact that the object of resentment can be switched because its root cause is actually very different – that person is acting irresponsibly. Many of my Jewish friends feel as threatened by anti-Muslim as by anti-semitic prejudices. The declarations by the central council of Jews about Pegida prove that.

An earlier German version of this column was published by DIE ZEIT. Read also other contributions to the series on our “Understanding PEGIDA in context” focus page.

Gesine Schwan is a German political science professor and chair of the Basic Values Commission of the SPD. The party nominated her twice as a candidate for the federal presidential elections.