A European mechanism for pensions and unemployment insurance would protect vulnerable economies against asymmetric shocks and give life to the European Pillar of Social Rights. 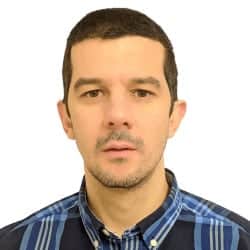 The debate about the future of the social dimension in Europe offers an opportunity to ground new policy directions and research. The European Pillar of Social Rights (EPSR) sets out, in its chapter III, the principles of social protection and inclusion, in which unemployment benefits and old-age income and pensions figure. Equality, fairness and social justice would be served through higher allocations of resources to such programmes.

In March 2018, the European Commission presented a legislative proposal for  a European Labour Authority (ELA) to strengthen the implementation of the EPSR. This represented a step forward for the Turin process launched at the High-level Conference on the European Social Charter in Italy in October 2014. And in June last year, the European Council agreed on a general approach to revising the regulations on co-ordination of social-security systems.

Thus, a redistributive European allocation of cash benefits for member states in the eurozone must be considered. My PhD, The Politics of Austerity and Social Citizenship Rights: A Case Study of the Impact of the 2008 Financial Crisis on the Welfare State in Portugal, demonstrated that labour-market policies, such as unemployment insurance, and public pension systems are a major issue for EU institutions. Sustainability concerns, the higher expenditure on public pensions in Portugal and other southern-European countries and the growing number of precarious jobs—associated with cycles of elevated unemployment—justify a new and comprehensive system of redistribution.

The recent steps undertaken by the commission and the council offer grounds to support a unified European pension scheme. The creation of the ELA and the implementation of the EPSR represent the opportunity.

A European insurance mechanism for insurance-based cash benefits—old-age pensions and unemployment insurance—can help address the sustainability and expenditure concerns used by the ‘troika’ (the European Commission, the European Central Bank and the International Monetary Fund) to justify ‘structural reforms’ of Portugal’s public pension system and labour-market policies. The transfer of insurance-based redistributive mechanisms, such as pensions and unemployment insurance, to the EU level can also contribute a common and more egalitarian policy framework which is not exposed to cyclical risks of fiscal consolidation, falling tax revenues and higher unemployment, exacerbated by population ageing.

Consideration must also be given to the taxation system, as discussed in a paper published by the commission on a European unemployment benefit scheme. In Canada, income tax is collected by the federal government, including on behalf of the provinces (except Québec), which then manages and redistributes unemployment benefits and old-age pensions to the eligible beneficiaries in all the provinces. While EU member states may oppose transferring their national taxation systems to the EU level, in antipathy to federalism and with associated concerns about losing ‘sovereignty’, income taxation, whether proportional (flat-tax) or progressive, can be used to finance such European-wide insurance mechanisms.

An alternative is to define member-state contributions to such an arrangement in terms of a proportion of their respective gross domestic product. This would be a modern and progressive way to finance unemployment premia and pension contributions based on the economic performance of individual member states. Those with stronger economies would contribute a higher share to the proposed European insurance mechanism.

In this way, eurozone member states would be freed from the pressure of public deficit and debt, in the context of the Maastricht treaty constraints on the latter. Yet they could also address the scope of the problem, before having to consider such often self-defeating policy answers as cuts and restrictions to fix debt burdens.

In 2017, the commission proposed a regulation for a pan-European personal pension product. Although the initiative would contribute to a pan-European framework for pensions, it is not envisaged as replacing or even combining with national personal-pension schemes. The European Fund and Asset Management Association (EFAMA) has highlighted some of the benefits of the proposal. But whether such private financial pension products are ‘worthy’ and complementary to national public pension schemes is debatable, as Thomas Piketty has said. EFAMA is a long-time advocate of a single EU-wide pension system and its proposals are for capitalised pension plans.

A European pay-as-you-go (PAYGO) scheme is preferable—similar to existing national public schemes where contributions are deducted from workers’ wages to pay pensions based on a principle of intergenerational solidarity. PAYGO is rooted in the conceptual framework of social-citizenship rights, which aim to stabilise or even modify the negative effects of market forces, such as income inequality and poverty upon retirement. In Capital in the Twenty-First Century, Piketty explains that PAYGO’s ‘rate of return is by definition equal to the growth rate of the economy: the contributions available to pay tomorrow’s retirees will rise as average wages rise’. In a context of financial crisis, such as that which obtained for almost five years in Europe from 2008, PAYGO continues to offer the right of entitlement to a guaranteed pension income.

The proposed European redistributive function for insurance-based cash benefits—unemployment benefits and old-age pensions—can be integrated under the new ELA and is in line with the principles on social protection and inclusion of the EPSR. The authority or other agencies should then have representative offices in each member state joining the European redistributive function, offering national and local support to its citizens.

Filipe Duarte has a PhD from Carleton University, Canada. His areas of interest include comparative social policies, the political economy of the welfare state and the politics of austerity.