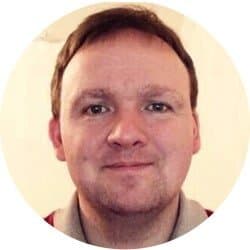 During 2016, Poland metamorphosed from the poster boy of post-communist democratic transition to the rebellious teenager of the new populist zeitgeist. Having come to power on the back of a cannily moderate campaign, the Law and Justice government immediately set about pursuing a radical path of reform that has led to accusations of democratic backsliding and prompted an unprecedented rule-of-law investigation by the European Commission, although the government has maintained domestic popularity with generous spending and the rolling back of a planned increase in the retirement age.

In December, a parliamentary crisis erupted after a deputy from the main opposition party Civic Platform was excluded from the day’s proceedings during plenary debate on the 2017 budget bill, with opposition parties blocking the rostrum and speaker’s chair of the plenary hall of the Sejm (lower house of the Polish parliament) and staging a three-week occupation. To understand why an easily resolvable spat has escalated into a stand-off that threatens the integrity of the legislature, it is necessary to view these events as the consequence of a broader conflict over the nature and legitimacy of the constitutional order in Poland.

One of the key dividing lines in Polish politics runs between those political elites who fully accept the legitimacy of the political system and those who have always contested it. Since the early 1990s, Law and Justice leader Jarosław Kaczyński has maintained that the liberal-democratic transition was a sham, founded on the self-interested actions of an alliance of former communists and co-opted former oppositionist liberals. In Mr Kaczyński’s view, the 1997 Constitution was not the founding stone of a democratic Poland but merely the means by which this illegitimate, inauthentic elite cemented its advantages. The actions of the current government – nominally headed by Beata Szydło but undoubtedly dominated by Mr Kaczyński – must be understood in the context of their leader’s drive to build a Fourth Republic on the ruins of the Third.

As I have explained in more detail in a recent article in Democratization, Law and Justice’s previous attempts to undertake radical reforms to the system between 2005-07 were thwarted not so much by the political opposition but by the system itself, with the Constitutional Tribunal proving a particularly stubborn bulwark. On regaining power in late 2015, Law and Justice immediately set about defanging the Tribunal, forcing through appointments of judges with no judicial mandate and using ordinary legislative acts to stymie its proceedings. By the end of the year, the Tribunal was not yet subordinate to the executive, but its independence had been severely compromised.

Establishing control over the legislature was the next logical step in the ‘creative destruction’ phase of institutional reform. This is not to suggest that the government necessarily aimed to provoke the crisis. While the exclusion of the opposition deputy was procedurally doubtful, the responsibility for disrupting the session of parliament lies squarely with the opposition. However, the reason that the parliamentary protest escalated into a crisis is because it was useful for the government that this should happen. It was widely reported that Sejm speaker Marek Kuchciński was prepared to reach a compromise with the opposition to end the protest and restore the errant deputy, but changed his mind after a sinew-stiffening conversation with Jarosław Kaczyński. Instead, after a hasty meeting of the Law and Justice parliamentary party, the session of parliament restarted in a hall used for sittings of parliamentary committees.

Ostensibly, parliament reconvened because of the urgency of passing the budget bill. However, the avoidably chaotic circumstances in which it did this, with opposition deputies initially unable to enter the hall and then prevented from making points of order while the speaker swiftly pushed through votes on a show of hands, only conveyed the impression that Law and Justice was purposely cultivating an atmosphere of institutional dysfunction. This impression was compounded in the first days of the crisis, with the Sejm cordoned off to prevent protesters repeating their tactic of blocking its entrances and exits, and all but a few select media outlets barred from entering the parliament building.

No resolution was found over the Christmas and New Year break, despite informal negotiations between government and opposition parties. Law and Justice pressed for a solution that would see the opposition accepting that the budget bill had been passed legally, while the opposition continued to insist that the reconvened session of parliament was illegal, given the inability of opposition deputies to participate in proceedings, the exclusion of the media, and the failure of the Sejm administration to show that the votes were quorate and had been counted properly.

The first session of parliament to be held after the outbreak of the crisis in December did not resolve the stand-off. Although the opposition eventually suspended its occupation of the plenary hall on the second day of the session, the Senate had already rendered the issue of the budget bill moot by passing it without amendment. The budget cannot now be returned to the lower house for consideration, nor can it be vetoed by President Duda, who has no prerogative to veto budgetary legislation. The only institution that can stop the fruit of the parliamentary crisis entering into law is the Constitutional Tribunal, but any ruling from the Tribunal would simply compound the problem. The Tribunal must sit in full session to rule on the constitutionality of budgetary legislation, and since government and opposition are in dispute over the judicial mandate of three of the sitting judges, it is difficult to see how any ruling could be passed that both sides would regard as legitimate.

While the parliamentary protest is over, the crisis remains, and it is a crisis that extends beyond the day-to-day functioning of the parliament and deeply into the institutional mechanics of the Polish state. In essence, Poland now has a twin-track legislature to match its twin-track Constitutional Tribunal, with government and opposition not only unable to reach consensus about the legality of vital laws, but also unable to reach consensus about the legitimacy of the means for reviewing those laws. It is difficult to see how this system can continue to function. But perhaps that is the point.

Ben Stanley is a Lecturer at SWPS University in Warsaw.