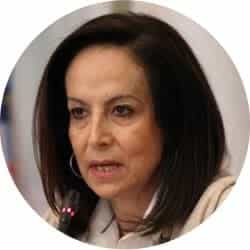 The EU’s political landscape is being transformed as the economic and the refugee crises intertwine with terror. Populism is becoming consistently a rising force across Europe. Manifested in left- or right-wing varieties, populism either “defends” the poor against the elites and neoliberalism, or alternatively, the country’s national identity against Islamists and foreigners by thriving on xenophobia. Shared attributes of both sides are cultivation of fear and hatred for their respective enemies.

Traditional European parties have been losing ground on both right and left. They failed to sustain their balanced mixture of inclusiveness and versatility. We are witnessing leaders of historic parties focusing on the here and now, setting aside (temporarily?) principles and embracing what they believe will reap (short-term) electoral gains. It is not rare in cases where ground has been given to demagogues and populists for the opposite than expected result to occur: the populist side is further strengthened at the expense of system-rooted parties. Traditional politics are no longer immune; there is a danger of increasing disrepute and discredit across the whole of the EU.

The tasks of politicians are further challenged as we are entering a new era in democracy’s function. A function shaped by new stakes, different dividing lines and new narratives against a background of globalization, multiculturalism, security fears and emerging 21st century technological advances.

Progressive forces will be judged by their ability to set the new agenda and by their power to protect democracy’s core principles and values against the rise of populism. An absolutely vital task as populism has always being more than a threat – it has been an executioner of democracy, societal development, and of peace.

Within this context, it is puzzling to say the least that the recent gathering of Socialists and Democrats in Paris (and in Brussels before) failed to even devote a whisper to the new era we are entering and its challenges. Leaders merely repeated the recurrent narratives of the past without making any “out of the box” proposals for the future. At the same time the decision of Messrs Hollande and Renzi, backed by Messrs Gabriel and Schulz, to invite SYRIZA (a self-proclaimed radical leftist party in governing coalition with radical right-wing nationalists) to the meeting raises serious questions over the protection of the deeply rooted values and principles of Social Democracy. Let us trace key conveyed messages:

Greece is at a defining turning point. The country needs to face the truth of its condition, unite and mobilize its best available human capital and follow a rational, serious yet inspiring path. It will take time, to rebuild credibility and a draw up a solid plan to restore democracy and prosperity through a revitalized, new political system. First and foremost though, the monster of populism must be crushed for good. Currently, it continues to feed on the mistakes of the past, the failures of the reform program and the desperation of people at the prolonged austerity. As long as populism remains powerful it will continue to appeal and attract more followers to its path, eventually poisoning healthy prospects terminally.

European Social Democratic leaders should consider how looking the other way contributes to the political left’s credibility and how it affects the prospects for a healthy restoration of a viable, healthy Greek political system. And, at the end of the day, whether such an approach encourages all potential populists across the EU.

Let us not embrace Lenin’s quote that “There are no morals in politics; there is only expediency.” As history reminds us, eventually it can only bring disaster. This is certainly not what EU’s Founding Fathers had in mind.