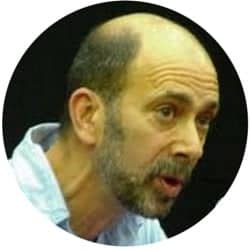 A Luxembourg court will decide next month whether the alleged financial pillage of a Greek mobile phone company at the height of the buyout boom by two large private equity funds, Apax and TPG, was carried out by fraudulent means. That decision will presumably impact on a civil lawsuit by the same creditors which will be heard in a US court next year.

But it should also serve as a warning to what the financial vultures circling a Greek economy bled dry by successive ‘bailouts’ may bring. And it should prompt a fresh look at the EU’s Alternative Investment Fund Manager Directive (AIMF Directive), which ostensibly safeguards against ‘asset stripping’ by private equity investors, in view of another potential leveraged buyout bubble.

The story is a classic tale of strip and flip. In 2005, two private equity giants, Apax and TPG, bought the Greek mobile phone company TIM Hellas, a profitable company with low debt, in a deal which was 80% debt financed. Hellas was then bundled together with another mobile operator into a company which was parked in Luxembourg and renamed WIND Hellas.

Within a year, according to the Economist, the debt burden on the new entity had increased 15-fold through the issuing of new debt instruments called “convertible preferred-equity certificates” (CPECs), a ‘hybrid’ construction which can be booked as either debt or equity, depending on who’s asking. The funds quickly recouped their initial equity investment by redeeming the CPECs, whose issue was funded by borrowing, and then tried to sell on the now heavily indebted company to a new owner. When they failed to find a buyer, they ramped up their cash withdrawals by redeeming the CPECs at 35 times par – the value at the time they were issued. Within 18 months, the Economist reports, the two funds had taken out more than 20 times their initial equity investment.

In 2007, WIND Hellas was sold to an Egyptian investor for €3.4 billion, a nearly 150% increase over the 2005 purchase price. Two years later, the new owner, unsurprisingly, declared bankruptcy. The creditors behind the lawsuits claimed the alleged CPEC scam sucked €974 million out of the company and that the operation, code-named ‘Project Troy’ by the funds, was “a state-of- the art Trojan horse designed to financially infiltrate TIM Hellas and Q-Telecom and then systematically pillage their assets from within by piling on debt in order to make large distributions to equity owners”. The Independent quoted one of the creditors (SPQR Capital’s Bertrand des Pallieres) in the lawsuit saying: “You cannot take €1bn out of a company that has no reserves. It would open the door to the wholesale looting of companies.”

Exactly. (The private equity funds deny any wrongdoing: “All aspects of the December 2006 refinancing were made crystal clear to noteholders at the time, including the resultant debt level, the use of the funds raised and the sum to be paid to investors,” they have stated.)

The Economist titled their story ‘Another Greek Tragedy’. But, despite the talk about Trojan horses, the story hardly qualifies as tragedy: it was business as usual for an industry built on financial engineering. And the story of the Trojan War doesn’t end with the pillage and destruction of Troy. Agamemnon, as told by Aeschylus in the Oresteia, returned home with his war booty: the prophetess Cassandra, cursed never to be believed. In the run-up to Agamemnon’s murder at the hands of his wife Clytemnestra, she saw ‘stealth and murder’ in the family cauldron. Her contemporary equivalent would see CPECs and bankruptcy.

Private equity funds have diversified far beyond buyouts since the financial meltdown, with extensive activities in real estate and financial markets. They are the world’s largest owners of hotel properties. The world’s largest brewer, AB InBev, which will become even larger through the acquisition of SAB Miller, is owned by a private equity fund, Brazil’s 3G. In many respects, the former buyout houses are the new financial conglomerates. For these investors, the Greek agony represents ‘opportunity’. Prior to the January elections, private equity funds were, to quote Reuters, ‘beating a path to Greece’, but became cautious over the months of uncertainty as the new government negotiated with the Troika. With Greece firmly in the Eurozone for now, they will again beat the path, and the state asset fund offers additional temptation. It doesn’t take a prophetess to foresee the fire sale, and the prospects for financial looting.

The Luxembourg court will be examining the alleged financial vandalism at Hellas as a tax issue only. It should also be viewed in the light of the asset stripping provisions of the 2011 AIFM Directive, which in principle prohibit a private equity fund or funds for a period of two years following their acquisition or effective control of a non-listed company from doing what Apax and TPG did to WIND Hellas. In practice, however, the Directive is riddled with so many exceptions and loopholes as to render it ineffective; 1,700 amendments gutted the original text. The acquired company, for example, must be registered within the European Economic Area or the rules do not apply. And there are multiple ways of rebranding debt-funded distributions to shareholders to evade the formal restrictions – the internet is full of advice from the funds on how to do it.

We are still living in the age of ‘dividend recapitalizations’, the mechanism for pumping out cash to owners by piling new debt on to the acquired company’s balance sheet. The size of the buyout deals has declined substantially post-Lehman, but leverage ratios in some deals are back to their pre-2007 levels.

The Directive, which came into effect in 2013, must be automatically reviewed in 2017, but there is no need to wait until then to begin a public review. This task is all the more urgent in the light of the potential impact of TTIP, CETA and TISA, which threaten to undercut future efforts to rein in debt bubbles. The door to financial looting remains wide open. Private equity funds are of course not the only vultures circling Greek (and other) assets: the TIM Hellas story offers broader lessons. The citizens of Greece, and the rest of us, should be wary of investors bearing gifts.

Peter Rossman is Director of Communications and Campaigns with the International Union of Foodworkers, an international trade union federation based in Geneva. He writes in a personal capacity.