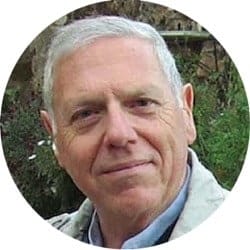 Nowadays, in times of the decline of modernity, progress no longer enjoys a good reputation. It has fallen short of expectations, is accused of producing disasters and consolidating inequalities; it is partially responsible for the crisis we are experiencing, a crisis that has gone on for too long and risks becoming a chronic condition of interregnum.

If the crisis is to be permanent, in the sense that we will have to get used to living differently with respect to the past, dealing with a profoundly changed economic and social reality, it does not mean, however, that the interregnum has to stay in place for long. By its very nature, an interregnum is only for a limited period, between two conditions in which the acknowledged laws and customs are in force; if it lasted too long it could lead to the unravelling of social ties and the outbreak of intolerable chaos. The shorter the interregnum, the simpler and less painful the transition from one existential condition to the other.

To deal with this malfunction, the patres of antiquity guaranteed the continuity of the system, while waiting for the new sovereign to accede to the throne. Now that there are no patres, that paternal authority has lost consistency and credibility, religiosity has returned to fill this empty space within society by providing rules of conduct, consolations, but also violent reactions. Religious fundamentalism – history teaches – has always been a cause of conflict and violence among peoples and the current absence of political certainty at the supranational level has revived this obscure side of religiosity that seemed to have been erased forever.

To outline the possible prospects of leaving the interregnum, it is necessary to start from current conditions, from the crisis that has dogged the institutions, and has undone the rules that, until recently, for better or for worse, have held our world together.

We have to start from the return of individualism, which means acknowledging the end of the collective phenomena of the past: that is to say, the great importance the classes and masses had between the nineteenth and twentieth centuries, as a result of the ‘socialising’ spirit strongly influenced by Hegelianism, with its repercussions on all the movements, ideologies and struggles that characterised the last two centuries of history. It is no coincidence that it was produced by the utopian idea of equality that had accompanied the Enlightenment and fuelled the French Revolution:

Great ideals of freedom and the elimination of social as well as economic differences that divided the people living within a state, following the inspirational principles of modernity and its great promises of infinite progress.

The third millennium opens to the realisation (painful to acknowledge) that that world is over, that the ideals of socialisation, of equality and of democracy are now depleted and, with them, the instruments, now stale, that were needed to make them function are being emptied: mainly, the nation state, and with it the parliaments, the political parties, the trade unions, the national economy, and the wielding of political power.

This also affects personal relationships and family life, as a reflection of the loss of social cohesion and the emptying of values that up to now had been collected together as a set of recognised ethics.

Greater and more complex entities will take the place of the present nations until reaching – at some future point in time – almost total political-economic globalisation. For the time being, we will have to settle for heterogeneous groupings, of the European Union type, which share forms of legislation, regulations and mutual assistance, but are far from being really integrated, because the process of integration is hindered by the individual nation states, that are not ready to give up their own prerogatives, but are prepared to turn back, to question agreements reached, eager to maintain political control and to safeguard their own local interests.

It is difficult to accept, despite the evidence, the exhaustion of the three engines that have hitherto accompanied modernity – socialisation, equality and democracy: each of them, on its own, has little by little lost its way until its absence has become the basis on which we must begin to rebuild, starting from a new logic, from different points of observation, without being conditioned by the past.

It is difficult also because, according to public opinion, that some political forces try to harness, it seems normal to respond to the crisis of values and to the hardships suffered by trying to recreate previous conditions, thus allowing those values to be restored. It is a comprehensible and well-founded reaction which, however, is too conservative and useless, since it does not acknowledge the fact that the crisis already endured depends precisely on the intrinsic exhaustion of those principles which it is intended to re-propose with renewed hope.

Reformulating a new idea of progress also means retracing history and evaluating its impact: the experiences of the last 50 years have allowed us to rethink progress in a more appropriate way. Perhaps more than the end of progress, we could think of the beginning of its new conception.

This is the theory of Peter Wagner (Progress. A Reconstruction), a social theorist who studied the various conditions of modernity, for which progress is necessary and ‘reconstructable’. Starting from the origins of this idea, from the beginnings of modernity, it can be demonstrated that the idea of progress is based on false assumptions that can be appropriately amended and reformulated.

To do this we have to go back to the concept of progress and to combine it with that of democracy. New forms of domination require new forms of progress, not progress in terms of economic growth, but in the sense of democratic growth and this is necessary now more than ever before to achieve real equality and real democracy: so far, the democracy achieved has only been possible thanks to concessions on the part of the élites, and not due to real conviction.

Wagner formulates an appropriate distinction between material progress and democratic progress (liberation of man’s domination over man), and while a century ago this could have been expected via industrialisation and economic growth, it is now increasingly clear that the two terms must remain distinct. What remains to be discussed is whether the most recent idea of progress (material progress) is the result of a misunderstanding, of a mistake in interpretation or, more probably, of a deliberate ongoing change by capitalism, in whose interests it was to give a different meaning to a term that was originally meant to be liberating.

Only in this way will it be possible to achieve a real democratic progress, realizing the target modernity pointed out since its origins: the equality among men.