There is a widespread sense of a crisis of representation in Europe. Can a platform for crowdfunding and volunteering support political innovation? 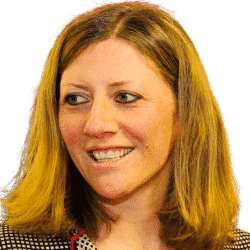 Progressives are facing the perfect storm. The aggressive and divisive narrative of nationalism and xenophobia is affecting our societies, jeopardising unity and solidarity. The distorting effect of globalisation has increased the marginalisation of the poorest and disadvantaged, disconnecting technology and labour. Faulty mechanisms of direct democracy are creating false expectations among citizens and becoming powerful tools of majoritarian populism. Increasing attempts by authoritarian and autocratic regimes to weaken our electoral processes from abroad add to the consolidated practice of Big Corporate money buying elections from within. The United States and Europe are engaged in the same battle ahead and we all need quickly to draw the same lessonsâ€”as does every other democracy which wants to survive.

Advancing progressive ideas implies, first of all, defending the quality of our democratic systems. A well-functioning democracy requires a wide range of candidates representative of the whole political spectrum and sufficient citizensâ€™ participation in political life. What we need are more responsive candidates, more bold ideas rooted in the founding values of progressivism and broader participation crossing national and political boundaries.

In Europe, the progressive camp struggles to innovate. Traditional social-democratic parties are often still hostage to old lobbies which regulate the candidature process, while ideology is often an obstacle to the renovation of more leftist parties. Sectarianism stemming from different progressive political experiences impedes cross-party and cross-border alliances, while the burden of the past forestalls a credible vision of the future.

In the US a slew of new candidates has emerged, renewing the progressive field, as the mid-term congressional elections showed. They did so defying conventional politics and mobilising their grassroots. They were able to match their political innovation with equally innovative tools, which helped mobilise the resources they needed to emerge. Tools like ActBlue, through which Democrat candidates raised more than 1.6 billion dollars in small donations during the last electoral cycle. Or CrowdPac, where any candidate considering running can test the water and see if s/he can garner the necessary support. These tools put candidates and their ideas at the centre of the democratic stage.

In Europe, as politics grows increasingly personal and trust in politics decreases across the board, a tipping point looms where parties will be empty shells with individual leaders at the top holding all the cardsâ€”a disempowerment of representative democracy in the name of personality-based democracy. This makes bottom-up candidates, truly representing their constituencies, all the more important.

At the same time, the crisis of trust in politics and parties is putting increasing pressure on financial resources. In many countries, public party financing has been severely reduced or eliminated, prompting many to look for innovative methods to finance their structures and campaigns. This opens our democracies to the risk of influence by lobbies and big corporations, orâ€”worseâ€”foreign intervention by governments happy to buy influence and access to Europeâ€™s decision-making cheaply.

The European elections offer an unprecedented occasion for collective reflection on how to defend the quality of our democratic systems. Institutional responses have focused on protecting the media landscape from foreign interference or preventing inappropriate use of personal data.

On a more grassroots level, initiatives are emerging to bring good practices from the US across the Atlantic. In Italy, Ti Candidoâ€”The Power of Democracy has established the first collective raising resources for a set of candidates for the local elections, following the example of the social Democrats who secured the election of the new group of radical progressives in the States.

ProgressiveActs has been created as the first European crowdfunding and volunteering platform providing a dedicated tool to candidates wanting to run innovative campaigns, at local, national or European level. Already more than 20 candidates from three countries are active on the platform, demonstrating the desire for innovative tools and methodologies in electoral campaigning. The progressive values they need to subscribe to in order to access the platform provide the connecting glue among the candidates. The platform ensures their independence from shady financial interests, thanks to a protected and legally compliant crowdfunding system, which permits collection of myriad small donations.

The European political ecosystem remains very challenging for such innovative initiatives. Regulatory barriers severely inhibit scaling up across borders, while the absence of a culture of online political activism limits the long-term sustainability of the projects.
Yet the demand for innovation in politics cannot go unanswered. The European elections must be only the starting point for a wider movement to bring about change in the way democracy works in Europeâ€”a change that can go in the direction of transparency, accountability and engagement or towards shady interests and foreign interference in our democracies.

Innovate or die is the mantra of tech geeks in Silicon Valley. The motto is beginning to apply to our political systems. If we do not get ready for the future, a harsher reality will quickly catch up with us.