The growing challenges facing Europe, beyond recovery from the pandemic, require a budget to match.

The European recovery plan, agreed by the German presidency of the Council of the EU and the European Parliament in November 2020 and accepted by the council the following month, comprises the Next Generation EU (NGEU) package of €750 billion and the EU budget, or Multiannual Financial Framework (MFF), for 2021-27 of €1,074 billion.

The total volume of €1.8 trillion is limited compared with crisis-related fiscal-policy measures by member states. Nevertheless, the plan is a remarkable EU project—and not only due to the joint borrowing member states have for the first time incurred to finance NGEU.

For one thing, the poorer member states particularly benefit from NGEU funds. And its core instrument, the Recovery and Resilience Facility (RRF), worth €672.5 billion (€360 billion in loans, €312.5 billion in grants), is based explicitly on a future-oriented design aiming at a ‘twin transition’: 37 per cent of the funds must go to climate protection and another 20 per cent to the digital transformation. Not least, there is a legally-binding, inter-institutional agreement (IIA) to repay the debt incurred for the grants from NGEU, through new EU budgetary ‘own resources’.

Besides the current pandemic, the EU is however confronted with numerous long-term challenges: digitalisation, persistent regional divergences and demographic change, as well as the climate crisis and energy transition. And many observers consider the level and structure of the budget to be inadequate to address these challenges effectively. The impressive overall recovery plan and the forward-looking NGEU mask the inadequate adaptation of the MFF for this task.

The new MFF amounts to 1.05 per cent of the EU’s gross national income (GNI). It thus follows the long-term trend of stagnating, or even declining, volume relative to output. In addition, it has been modernised only slightly.

Agriculture remains the largest expenditure item, although its share in total spending will decline from just under 36 per cent to just over 31 per cent, compared with the preceding MFF. And the structure of that spending does not adequately reflect the necessary sustainability-oriented turnaround in agricultural policy: the first pillar (direct payments), whose European added value is limited, is even gaining in weight slightly (from 75 to 77 per cent) compared with the second pillar (rural development), more strongly oriented toward social and climate goals.

It is true that conditionality is envisaged for direct payments that directly address environmental objectives (‘eco schemes’). But experts consider the planned reforms of the Common Agricultural Policy to be insufficient to achieve the goals of the European Green Deal.

As the share of cohesion spending—the second-largest item—is also reduced only moderately (from around 34 to just under 31 per cent), the scope for expanding areas of spending with a larger European added value is limited. Funding for the Horizon Europe research-framework programme will increase, but only from 6 to 7.1 per cent of the total. Support for the Connecting Europe Facility, which could create considerable European added value via cross-border infrastructure in transport, digitisation and energy supply, barely moves from 1.6 to 1.7 per cent.

The need to repay NGEU debt has provided new momentum to the debate about a fundamental reform of the EU system of own resources. ‘True’ own resources (the traditional custom duties and agricultural levies) have been declining for decades, which is why national contributions (based on GNI and value-added tax) have become the dominant source of revenue for the EU.

The system of own resources has various drawbacks. Financing the EU budget mainly through direct contributions by member states leads them to focus on their net positions, rather than on maximising the added value for the union as a whole. Moreover, the revenue system does not contribute to central EU objectives.

Replacing a part of current sources by innovative, sustainability-oriented own resources would allow a reduction of national contributions and thus create budgetary space for member states themselves to cut less sustainability-oriented taxes (such as on labour), resulting in a supranational strengthening of the sustainability focus of taxation in the EU. New own resources could also generate additional revenues to expand EU expenditures on European public goods. Well-suited candidates are those taxes and levies which are genuinely European in nature, being directly linked to European policies, or those which cannot be implemented and enforced effectively by member states, due to tax competition, avoidance and/or cross-border externalities, and which contribute to European strategies and policies.

The IIA on the European recovery plan includes a roadmap for the stepwise introduction of innovative own resources during the new MFF period. Besides a plastic-based own resource from this year, the agreement foresees the stepwise implementation of others which would support important EU goals.

As of 2023, an expanded EU Emissions Trading System (ETS) and a carbon border-adjustment mechanism—a levy on imports from third countries having no or only low carbon prices, to protect international competitiveness and avoid carbon leakage—are envisaged. As these would be linked to a central European climate-policy measure, they can be seen as good candidates. Also a digital levy, comprising a share of the sales of large digital firms, is planned by the commission; this would contribute to fair taxation in the EU. In a second step, new own resources based on the taxation of corporations and financial transactions are to be implemented as of 2026, which should also contribute to that end.

The legislative proposals for the first batch of new own resources, as well as for a corresponding new own-resources package, should have been put forward by the commission in June this year. While it did issue legislative proposals for the carbon border-adjustment mechanism and a revised ETS in July, the roadmap is otherwise delayed. As the envisaged new own resources would form a basket of innovative funds to support important EU objectives—besides the green transition and fair taxation, European competitiveness and financial-market stability—they should be implemented as soon as possible.

Overall, the current MFF period should be used to prepare a more future-oriented, post-2027 model. And additional own-resource options, creating European added value, should be explored. Given the urgency of effective measures to fight the climate crisis and fulfil the ambitious targets of the European Green Deal, ‘green’ own resources particularly—such as taxes on aviation or surcharges on national fuel taxes—should be considered. 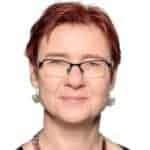 Margit Schratzenstaller is senior economist at WIFO, the Austrian Institute of Economic Research, and has been working in the research group 'Macroeconomics and European Economic Policy' since 2003. Her areas of expertise include (European) tax and budget policy, the EU budget, tax competition and harmonisation, family policy and gender budgeting.