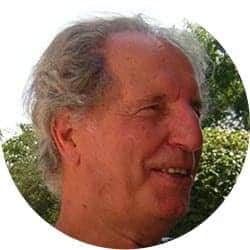 We talk a lot about inequality but the data we rely on is subject to substantial errors since much income and wealth goes unmeasured and is never seen by the official tax systems which are the main sources of information.

Obviously, the global rich have major incentives to evade taxation and some insight into the scale of this was provided by the HSBC leaks and Panama Papers. Thus, a recent analysis of these two sources found that even in selected Scandinavian countries where tax compliance is high, taking account of evasion by the rich significantly changes the estimates of inequality. Researchers found in the case of Norway:

Official estimates are bad enough. The UK, for example, comes out very unfavourably in international comparisons of income and wealth distribution. There the top ten percent of households have disposable income nine times that of the bottom ten percent. But the level of inequality is much higher for pre-tax incomes where the incomes of the top ten percent is 24 times higher than that of the bottom ten percent. Worse, the top one percent of households on average had an income of £253,927 and the top 0.1 percent had an average income of £919,882 [in 2012]. In terms of income the UK is much more unequal than most OECD countries and is the 7th most unequal; amongst European countries the 4th most unequal.

Wealth inequality in the UK is even greater than it is for income; the richest ten percent of households hold 45 percent of all wealth and the poorest 50 percent have 8.7 percent. Within the OECD countries the UK has a Gini coefficient for wealth a little higher than the rest [73.2 compared to 72.8].

Michael Dauderstadt in a very interesting post gave estimates of the S80/S20 ratios for the EU-27 countries at exchange rates and at Purchasing Power Parities for the period since 2005. The ratio is the relationship between the richest and poorest quintiles [20 percent] of the population. For the EU the ratio is 5 but with significant differences between countries with the ratio less than 4 for some Scandinavian and Central European countries. In the cases of new entrants [Romania, Bulgaria and the Baltic States] the ratio is more than 6.

The levelling in the ratio since the 2008 crisis must be connected with the imposition via the EU of austerity in many Euro Area countries [Ireland, Greece, Portugal and Cyprus] and to a degree chosen as a policy stance in other countries such as France and the UK. The much slower growth in wages and cuts in benefits will have affected the ratio as will significant increases in long-term unemployment in many countries.

There is the added impact of monetary policy on income and wealth inequality in the EU. There are estimates of the distributive effect of Quantitative Easing both for the UK and for the EU and these have concluded that on balance it has worsened inequality.

In a 2012 paper the Bank of England argues that more or less every citizen gained something from the fact that monetary expansion after the 2008 crisis generated additional demand and growth in GDP of 1.5 to 2.0 percent. Well maybe. What is more to the point is that QE both directly and indirectly increases asset prices and since ownership of financial and other assets is skewed such that most of the capital gain accrues to those with the largest holdings. Thus, the top five percent of households in the UK hold 40 percent of financial assets and gained the most.

This is equivalent to the top five percent each receiving £128,000 as a result of QE in the years prior to 2012. Since QE has continued to be central to monetary policy in the UK then the richest have continued to be the main beneficiaries.

It is also worth noting that the UK has had massive property price inflation partly through the liquidity generated by QE and again the greatest benefit will have accrued to the richest segment of the population; this is an extra transfer to the top five percent since real gains on property were excluded from the Bank’s estimates.

That QE has had extremely adverse effects on income and wealth distributions is not only true for the UK but for other countries such as Japan and the USA. While the ECB was late in realising the value of QE it has also gone down this path in recent years with similar results. A post here concludes that the net wealth of the richest 20 percent increased by approx. 30 percent.

The EU confronts a deep and growing income and wealth inequality which in part has its origins in globalised trade and in trends in technological development that substituted precarious work for previously well paid and secure employment. But we also witness governments across the EU following tax policies that are increasingly regressive in their impact with greater dependence on indirect taxes and reductions in the degree of progressivity in income taxes.

The global rich have the greatest incentive to evade taxes and are enabled in this respect by weak legal enforcement by tax authorities together with support from a global system of banks and others that facilitates evasion.

In practice, corporate taxes are increasingly easily avoided thereby further raising the returns to owners of capital. While the power of labour organisations has weakened so also has capital been able to grasp a larger share of net product and hence a higher share of national income [and national wealth]. The actions of central banks have directly and indirectly caused further income and wealth inequality.

The HSBC [Switzerland] leak and the Panama Papers provide additional evidence on the scale of tax evasion and thus throw into doubt the global evidence on income and wealth inequality. Tax evasion rises sharply with levels of income and wealth and in Scandinavia it is estimated that for the top 0.01 percent that evasion is as high as 30 percent. Once tax evasion is taken into account the increase in inequality since the 1970s rises even more sharply. Because tax systems vary sharply across countries and also does tax evasion then there must be severe doubts about the quality of existing data on inequality.

In part what has happened is that as inequality has worsened so also have the benefits from tax evasion risen. What is needed is global cooperation to ensure that incomes and wealth are effectively measured and taxed. Only then will Governments have the revenue base they need to meet increasing demands everywhere for public services and for social justice.