What can an elected left-wing European government do when faced with imposed austerity? Redefining austerity can bring a turnaround. 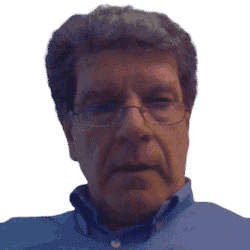 Austerity has become a hegemonic tool used by international organisations (the IMF) in lending funds to sovereigns facing a financial crisis and/or as a common fiscal-policy tool in a monetary union (the eurozone). In both cases there is a contradiction when a left-wing party comes to power which is against austerity measures that reduce incomes.

How can such a government implement its policy agenda, within the framework of an indebted economy and the existing European Union rules? It has to compromise and try to implement the austerity policy imposed by its creditors, in such a way as to counterbalance the impact on society.

This was the enormous problem the government of Syriza had to solve in 2015. It lacked control over monetary policy and was excluded from the European Central Bank’s Outright Monetary Transactions programme—offered otherwise to all eurozone members—as well as from international money markets, and it was burdened with a debt overhang, despite the ‘haircut’ Greece experienced in 2012. It inherited a devastated economy—which had suffered a 25 per cent contraction of output and incomes and experienced 28 per cent unemployment—and a humanitarian crisis, with much of the society deprived of basic needs and a refugee influx.

The country had already undergone five years of strict austerity, with significant wage and pension cuts and very large tax increases. Major ‘structural reforms’ on which the official loans were conditional—the €50 billion privatisation programme and the pension reform—had not been accomplished by the previous governments.

Under these circumstances, a new official loan was provided and a new austerity programme had to be implemented. But the new programme was different in many ways.

For the first time an austerity programme was focused on social issues and distributional effects. The new programme did not include further wage cuts but rather a universal basic income and a number of transfers to low-income families and the unemployed. The conditionality of the programme required high primary surpluses of 3.5 per cent, which were achieved by an increase in tax rates.

Under the Syriza government the Greek economy has been growing for eight consecutive quarters, at an accelerated average pace of 1.9 per cent in 2018 and with a forecast for robust growth in 2019. Government deficits have been eliminated and the external position of the country has greatly improved.

Social policy was well targeted to shelter the most vulnerable segments of society from the effects of the crisis. Fiscal policy created space to ease austerity, including via a 10 per cent decrease in the property tax, as well as a gradual reduction of the Corporate Income Tax rate from the existing 29 per cent to 25 per cent in 2022. As of this month, VAT rates on food have decreased from 24 to 13 per cent.

Reform of social safety nets was the main policy objective of the Syriza government, to ensure the fair sharing of adjustment. The Social Solidarity Income scheme will reach maturity by the end of the year. The design of housing benefit has been revised, compared with original plans, to cover rental subsidies.

The structural-reform programme emphasised the need to bring more jobs and growth by creating opportunities, but also to make the socially-relevant services more accessible and less costly, and employment policies more effective—better matching people and jobs. These reforms have had a positive impact on social conditions.

Last but not least, Greece has completed the economic adjustment programme with a sizeable cash buffer.

The difference between a neoliberal and a socialist austerity programme is all about how the economic ‘pie’ is to grow. Neoliberal policies promote entrepreneurship, wage stagnation and tax cuts to the upper class, which are assumed to grow the ‘pie’, and therefore through the assumed increase of the tax base and increased tax receipts can offer government support to citizens.

Socialist policies, by contrast, recognise that inequality is a major drawback to the growing of the ‘pie’, so they promote distributional policies, wage increases and fair tax systems. In a recent Economist analysis of the comparative effectiveness of tax systems in offset income inequality, Greece ranked high—with a reduction of the Gini coefficient by 13 units after taxes and transfers.