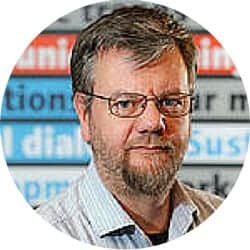 Fifteen years ago, in an official European Commission (EC) publication, Klaus-Dieter Borchardt (at that time Chief Administrator at the Commission’s Legal Service) drew attention to the European Union’s striking character as a twofold legal construct: simultaneously a creation of law and a community governed by law, the EU’s most innovative feature, he asserted, is that it seeks to unify Europe, without violence or subjugation, through the force of law.

What has happened since then? How, from the assertion that Europe is a ‘community governed by law’, have we arrived at a discourse in which Europe is portrayed as a fussy bureaucracy replete with useless legislation? It is the outcome of a long process that began in the mid-1990s when the Commission launched its SLIM (Simplification of Legislation for the Internal Market) project in response to the demand of business for legislation that would be “fit for purpose without unnecessary red tape”. The project initially examined the possibility of simplification in areas such as statistics, plant health regulations, VAT, banking, etc. Was anyone likely to oppose simplified regulation? Surely not…

Yet, pretty soon simplifying the rules became tantamount to getting rid of them. In 2005 the ‘Better legislation’ programme – a follow-up to SLIM – planned the withdrawal of 68 legislative proposals, after which the EC’s Regulatory Fitness and Performance programme (REFIT) made its appearance on the scene. There was a growing sense that a process whose initial aims had enjoyed unanimous support had fallen hostage to special interests and deregulatory strategies – as well as to political leanings akin to those originating in 10 Downing Street.

Klaus-Dieter Borchhardt’s Europe is (or was?) a community governed by law. Today the national and European elites seem united in their condemnation of the ‘red tape’ that is suffocating business. According to the Commission’s own estimates, the reduction of regulatory costs and administrative burdens would represent a saving for businesses of at least €150bn.

The problem is that this approach represents an encroachment upon European law in general because of its failure to distinguish – in the context of European-scale attempts to tackle economic, social and environmental challenges – between the costs entailed by regulation and the genuine benefits delivered. Let us consider a few examples.

Naturally, the fight to reduce atmospheric pollution represents a cost for business. Were businesses to refrain from such efforts, this cost would be transferred to the health and social security budgets. The same applies to the recycling of waste, the fight against plastic bags, etc. To abandon the ideal of cleaner and more sustainable production practices is to transfer the costs of repairing environmental damage onto public budgets, disregarding the ‘polluter pays’ principle enshrined in the European treaties since 1987. Naturally, improved maternity leave provision would also represent a cost for employers. To forgo such improvement would be to transfer the cost onto the health and safety of workers who are pregnant or have recently given birth, to increase the cost of childcare, to make it more difficult to combine family and working life.

The European Trade Union Institute (ETUI) has just published a report authored by Éric Van den Abeele who shows that the cost estimates used to promote deregulation are one-sided and the findings in most cases exaggerated, enabling the benefits expected from deregulation to be exaggerated too.

Apart from the costs, the business lobbies also object to the complexity of EU legislation, and call for simpler rules. While such a request can be readily endorsed, it seems incongruous that it should come from business interests adept at the incredible sleight of legal and financial hand performed by armies of tax lawyers who are astute at devising unnavigable mazes of rules in small print. And yet, in spite of all the red tape, the agro-food industry still succeeds in making horse flesh pass for beef and the financial world in arguing convincingly that its rotten investment funds lay golden eggs. These are the same conglomerates that demand impact assessment of the slightest proposal for any change in the law.

There is one final aspect at stake in this simplification exercise, and that is the proliferation of ‘cost assessment’, ‘impact analysis’, ‘ex post evaluation’ procedures, and so forth. According to Van den Abeele, these formal procedures in fact operate quite à la carte and are subject to undercover forms of influence: the Commission may omit to take account of an impact analysis; it may overplay the significance of a piece of legislation; or it may simply disregard a stakeholder’s opinion. Such a state of affairs represents cause for concern, especially when one sees the key role played by ‘high-level experts’ and ‘stakeholders’ in these processes. The very idea that such protagonists should be in a position to assess the impact of a Commission initiative or an amendment proposed by the European Parliament is enough to send shivers down the spine of any self-respecting democrat.

This article also appeared (in the original French) on the alterecoplus site.

Christophe Degryse is head of the Foresight Unit at the European Trade Union Institute.