In a case study of human desperation, state failure drives refugees to Cyprus, only to meet pushbacks and a numbed European conscience.

Lebanon faces one of the world’s worst crises, with its currency losing more than 90 per cent of its value and four out of five Lebanese living in poverty. Amid rapidly deteriorating living conditions, increasing food prices and fuel shortages, thousands have been leaving the country in hopes of starting new lives abroad.

Not only Lebanese citizens have been trying to flee, however. In recent years, Lebanon has become home for 1.5 million Syrian refugees, who now yet again have to seek protection elsewhere. For some that means embarking on a perilous journey through the Mediterranean to the coast of Cyprus.

Last year Cyprus and Lebanon signed a deal which allows Cyprus to send back people who reach its border by boat. The agreement has been criticised by the international community as it violates the principle of non-refoulement, which guarantees that no human should be sent back to a country where they would face cruel treatment and harm.

Over the last decade, Lebanon has been dealing with numerous social and political challenges which have put considerable strain on the country’s economy. In October 2019 tens of thousands took to the streets to demand social and economic rights and an end to corruption.

Even though the cabinet eventually backed down and resigned—after a massive blast in Beirut, in August 2020, in a warehouse where ammonium nitrate had been negligently stored, for which no one has been held accountable—many prominent political figures remained in power and did not introduce any of the reforms which could end the crisis. A more serious economic decline has since set in and thousands have been deprived of possibilities to earn an income.

Lack of options to make a living and provide for their families has left many with no choice but to attempt to get to Cyprus. The United Nations Refugee Agency, UNHCR, reports a 160 per cent rise in irregular migration attempts on the Lebanon-Cyprus route since 2019.

The UN estimates that 82 per cent of Lebanese live below the poverty line, with 36 per cent in extreme poverty. Many struggle to buy basic necessities, such as food and medicine.

Economic hardship might not be recognised as grounds for asylum but the Lebanese crisis has a strong political dimension. A 1989 agreement to end its civil war institutionalised the sectarian divides among Sunni and Shia Muslims and Christians, bequeathing a dysfunctional state, and many attempting to escape the country today claim they are fleeing political persecution.

As for Syrian refugee households, Brookings reports that 90 per cent live in extreme poverty, an increase from 55 per cent in early 2019. The majority of Syrian households need to borrow money, thus only surviving by getting into debt. Lebanon is no longer a safe place for them but at the same time they cannot return to their home country. Many decide to try their luck at getting to Europe, which often means Cyprus as their first stop.

Cyprus, only 276 kilometres from Lebanon, has been one of the main destinations chosen by those fleeing the country for years. But the more refugees arrive in Cyprus, the more reluctant it is to accept them.

The Cypriot government has ordered coastguards to push back boats containing people arriving from Lebanon. After refugees reach the coast, some are forced to turn back across the sea again. Others are taken to camps, where they find themselves detained without the possibility of applying for asylum.

The most recent reported pushback happened in August, when Cypriot marine police vessels stopped 88 Syrian refugees just 15km from the coast, placed them on a boat and sent them back to Lebanon. The Cypriot government attempts to justify such episodes by the need to protect European Union borders.

Cyprus is now the EU member state with the highest number of asylum-seekers per capita. In recent years, refugees arriving from Turkey had already strained the country’s asylum system to its limits. As increasing numbers arrive from Lebanon, Cyprus has been calling on the EU to ‘activate all available mechanisms to help the country manage the arrival of refugees from Syria, Lebanon, and Turkey’.

Even if Cyprus is right in fearing that the country might not be able to accommodate all the refugees arriving from Lebanon, the way in which the pushbacks are being carried out is inhumane. EuroMed Rights, a network representing 65 human-rights organisations, revealed that in order to stop a boat carrying Syrian refugees Cypriot coastguards were ‘throwing an item on its engine and for several hours denied food and water to refugees—including a man with serious health problems, children and a pregnant woman close to her due date’.

Since Lebanon and Cyprus signed the agreement allowing refugees to be sent back, the Cypriot government has frequently resorted to this practice. Not providing refugees with humanitarian protection means condemning them, one way or another, to ill-treatment, hunger and living in degrading conditions.

Doing so also violates the European Convention on Human Rights and the 1951 Convention relating to the Status of Refugees. As UNHCR explains, these documents require states ‘to protect the right of people to seek asylum and protection from refoulement, even if they enter irregularly. Authorities cannot automatically deny entry to or return people without undertaking an individual assessment of those in need of protection.’

As a humanitarian catastrophe is unfolding in front of our eyes in Lebanon, more people are expected to flee the country and turn to Europe for help. The EU must step up efforts to assist the most vulnerable and protect the fundamental rights of refugees.

More funds should be allocated to programmes supporting refugee communities and Lebanese who are destitute. More emphasis should be placed on preventing their displacement, rather than mitigating the refugee crisis caused by their growing desperation.

In the absence of sustainable solutions to the Lebanese crisis, tensions in the country will keep escalating and Cyprus and the EU as a whole will have to prepare for an imminent increase in asylum applications. When implementing policies designed to manage the flow of refugees, they need to respect human rights, international law and their commitments to refugee protection.

As a first step, the pushbacks must end. 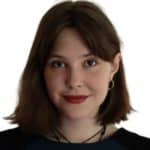 Katarzyna Rybarczyk is a political correspondent for Immigration Advice Service, an immigration-law firm based in the UK but operating globally.