The pandemic has encouraged a re-evaluation of key migrant workers. A botched reform in Portugal has however revealed the pitfalls.

During the pandemic, we have learnt to thank the health service and all key workers for keeping life going, even under the threat of Covid-19. Among essential workers, migrants account for a significant proportion—13 per cent on average across the European Union and 18 per cent in the United Kingdom.

But, besides the words of gratitude, what concrete measures have governments taken to protect them during the worst health crisis of our lifetime? And have these worked?

While the debate in the UK has been very much focused on migrant doctors and nurses, in southern-European countries major concerns were triggered by food-scarcity scares, due to the restricted mobility of migrant seasonal workers. In response to that, between March and May 2020, some European countries started drafting extraordinary regularisation programmes for migrant workers.

Italy, Spain and Portugal issued policies for temporarily regularising undocumented migrants, although under different conditions. For instance, Italy limited the regularisation to three professional sectors: agriculture, domestic service and care work. Spain addressed migrants working in the agricultural sector and granted a work permit to third-country nationals aged 18-21 in possession of regular documentation. These policies turned out not to be very successful in terms of application numbers, while non-governmental organisations and migrants criticised them from the start for being far too restrictive.

In contrast, Portugal’s approach was internationally praised for being fast and encompassing. With Order 3863-B/2020, issued on March 27th 2020—just as the pandemic was hitting Europe with full force—the Portuguese government granted legal residence to foreign nationals with cases pending at the Foreigners and Frontiers Service (SEF), if these had been filed before March 18th. This allowed access to all state rights and services, including national healthcare and benefits. In addition, regular residents with expiring permits could automatically renew them online.

The government initially designed the policy to be valid until June 30th, but it renewed it in November and extended its duration to April 30ththis year—the end of the state of emergency. In about one year, it is estimated that 223,000 people benefited from temporary regularisation.

During my field research in June, I spoke to many representatives of the associations—some of them migrants themselves—who look back at this government’s decision with relief, because it meant more protection against Covid-19. By granting a temporary residence permit, the Portuguese government increased protection for the entire community, while also sparing migrants from the potential threat of being reported by a healthcare professional.

This was not however a flawless process.As Joana Gorjão Henriques, a journalist covering immigration for a national newspaper, explained to me, the adoption of Order 3863-B/2020 happened more due to pressure from migrants’ associations and journalists than as a spontaneous government initiative.

Andrea Oltramari, researcher and part of Diáspora Sem Fronteiras, an association providing support to migrants, spoke to me about the initial relief after the policy’s introduction, turning though to frustration. As highlighted by other respondents, the decree included only those migrants who had already started a regularisation application before its introduction. Many undocumented people live and work in extremely vulnerable conditions and wouldn’t have met the criteria to apply.

In the Portuguese countryside, and especially in the agricultural region of Alentejo, exploitation is rampant. Heat, exhausting working shifts, lack of food and water, and poor accommodation, together with low pay, make farm work one of the most exploitative jobs in our society. Indeed, across the Mediterranean it has reportedly taken the lives of several workers.

At the beginning of May, as Portugal was moving towards a relaxation of restrictions, the Alentejan municipality of Odemira—a hub for fruit and vegetable picking—was isolated due to a rapid increase in infections among migrant workers. There is no doubt working conditions had led to the increase in Covid-19 cases.

More obstacles were awaiting those who did manage to regularise. The text of Order 3863-B/2020 explicitly said that a pending case at SEF was sufficient to obtain a national healthcare user number. But many migrants were not issued a user number because of lack of co-ordination between national and local healthcare centres, where the issuing of numbers takes place.

As a result, they now cannot book the vaccine against Covid-19. Even after the national government created an(other) online platform to allow all migrants to register for vaccination, several associations and communities reported that migrants were not, in fact, being called in.

Many associations do not however attribute these issues to the pandemic in and of itself. Covid-19 struck a system already struggling to function, with little funding and appointments subject to regular delays. Today, the situation is even more critical: waiting-lists for appointments at SEF stretch into years.

On top of this, there is high uncertainty about the future of the Portuguese immigration system. In March 2020, Ihor Homeniuk, a Ukrainian migrant, was beaten to death by police officers at the Lisbon airport detention centre. In the spring, the Ministry of Interior decided that SEF should be dismantled and transformed.

The people I spoke to welcomed SEF’s extinction but simultaneously felt ignored because this decision had been taken without consulting the very associations working in this domain. Most importantly, they had no clear idea as to what the replacement service would look like.

In 2020, Portugal demonstrated to other countries that apparently rigid migration policies can be changed for the better. But as long as these measures do not tackle the root causes of system malfunctioning, they can provide just temporary relief—even unwittingly creating more obstacles than advances. 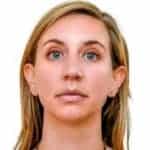 Caterina Mazzilli is a postdoctoral researcher at Queen Mary University of London. This article is based on research conducted in June 2021 between Lisbon and the Alentejo region, funded by the university.