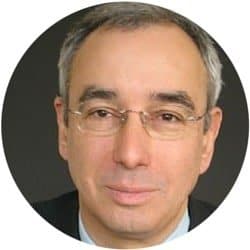 In Europe, 2015 began with the far-left Syriza party’s election victory in Greece. It ended with another three elections that attested to increasing political polarization. In Portugal, the Socialist Party formed an alliance with its former archenemy, the Communists. In Poland, the nationalist Law and Justice (PiS) party won enough support to govern on its own. And in Spain, the emergence of Podemos, another new left-wing party, has ended the traditional hegemony of the Spanish Socialist Workers’ Party on the center left and the Partido Popular on the center right. (In France, moreover, the far-right National Front, led by Marine Le Pen, showed its strength in the first round of December’s regional elections, though it eventually failed to win any).

The message is impossible to miss: Increasingly, voters are deeply dissatisfied with mainstream parties and are willing to give a chance to those proposing radical alternatives. They are lending support to parties that, though very different from one another, all blame the European Union for the sorry state of their countries’ economies and labor markets.

To be sure, radicalization is not limited to Europe nowadays. As I have argued elsewhere, American presidential candidate Donald Trump owes his rise to many of the same factors that are driving Le Pen’s growing popularity. What is particularly problematic in the EU is the clash between radical politics and mainstream governance.

For 30 years, center-right or center-left parties with a broadly shared vision of Europe have governed most EU countries. Despite their policy disagreements, they jointly embodied the ideological consensus – and formed the political coalition – that built the single market, the euro, and the enlarged EU.

But many voters now feel that mainstream policies have failed. Governments have proved unable to protect unskilled and semi-skilled employees from the consequences of globalization and technological change. Mass education, progressive taxation, and social-welfare benefits have not prevented increasing inequality. And the euro has failed to engineer prosperity and stability. Those (like me) who think that specific policy errors and institutional flaws are more to blame than European integration itself are being drowned out.

Political realignments are to be expected in democracies; indeed, democratic institutions are designed to make them possible. Generally, the constitution does not change, or changes only slowly, whereas a new party or coalition redefines the policy agenda and reforms the legislation. This combination of rigidity and plasticity enables democratic regimes to adapt to shifts in citizens’ preferences.

The same does not apply to Europe, however. First, political change is not synchronized. At any given moment, some countries may have voted for radical parties, while others have not (or simply have not held elections). This clash of legitimacy is what the Greek government initially failed to understand last spring when it sought to ease austerity measures: Syriza had received a mandate for change from Greek voters, but other countries’ representatives had not received such a mandate.

Second, unlike national democracies, the EU does not derive its legitimacy from the process through which political choices are made, but mainly from the output it can deliver. This is not to say that there is no democratic process: the elected European Parliament is a serious legislative body, and its vetting of European commissioners is often more thorough than personnel selection at the national level. But it has no visibility, because major decisions are negotiated between national governments.

Third, the boundary between constitutional and legislative matters is peculiar in the EU. All treaty provisions have constitutional status; indeed, they can be changed only by unanimous agreement. Furthermore, because governments did not trust one another, they insisted on including in treaties what would normally belong in ordinary legislation. The many rules that govern economic life in the EU are therefore much more difficult to amend than are similar domestic provisions. In other words, the scope for redefining the rules is exceedingly narrow, even though they reflect a policy consensus that is no longer widely shared.

What options does this leave the EU for responding to political polarization and the concomitant demands for more policy leeway at the national level? Of course, the EU could simply ignore these changes, and hope that radicalism will wane once its bearers are confronted with the responsibility of governing. But that would be foolish. Syriza was forced to accept tough choices because Greece depends on external financial assistance. No other country is in the same situation. Ignoring demands for change would ultimately deepen popular hostility toward the EU.

Another possibility would be to exploit, on an ad hoc basis, the existing flexibility in EU treaty provisions. Pragmatism can indeed be helpful, and the European Commission headed by Jean-Claude Juncker is willing to embrace it. But it would be dangerous to turn the EU framework into a thicket of country-specific political bargains. Those for whom the rule of law and the enforcement of fundamental principles are serious matters – not just Germany – would soon object.

The last solution would be to make the EU more amenable to political change. This would require explicitly changing the balance between constitutional and legislative matters, so that principles are preserved, but policies can be responsive to politics. Moreover, the EU should be able to legislate on a wider array of policies, including, for example, taxation. This would end its awkward impotence on – and apparent indifference to – inequality.

At the same time, the European Parliament should be given a higher profile, as in a truly federal system, so that governments at the national and European level are perceived as equally legitimate. With such federalization in the EU or, more likely, the smaller eurozone (within which the degree of integration is higher), policy conflicts would place elected national governments in opposition not to an opaque system, but to a politically legitimate federal institution.

This approach confronts formidable obstacles. An attempt to write an EU constitution was made in the early 2000s. It failed. Germany and other countries where mainstream policies still command wide support would vehemently oppose any perceived softening of the common rules and principles. It will be hard, to say the least, to agree on additional competences and a stronger European Parliament at a time when so many in Europe, starting with the radicals, consider the EU the main culprit for their current woes. Yet ultimately, the construction of a transnational democracy is the most viable response to political polarization in Europe.