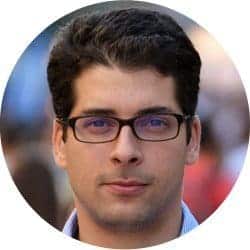 In the midst of continuing heavy discussions on future reforms of the European Monetary Union, the European Commission presented in May its long-awaited proposal for the next EU Budget (MFF) 2021 – 2027. It crucially includes a macroeconomic stabilisation function at the Euro area level. This would address the crucial macroeconomic problem of insufficient aggregate demand during recessions leading to a prolonged stagnation, especially after asymmetric shocks. The problem is that its scale is not convincing when it comes to stimulating aggregate demand. The failure to recognise this problem will haunt us again during the next crisis.

The EMU set-up is still incomplete and a number of priorities have been identified for improvement. For some experts, completing the banking and the capital markets union would be sufficient. But it is questionable whether such a heterogeneous entity as the EMU can function well without limited risk-sharing and a suitable fiscal tool at the Euro area level to manage the business cycle and provide fiscal support for the central bank once it reaches its effective lower bound. The Stability and Growth Pact might in fact limit governments’ ability to use fiscal policy to support the economy. Furthermore, there could be a divergence between what is macroeconomically optimal for an individual country and for the whole EMU, because of significant spillover effects. Crucially, as Bénassy Quéré et al. (2018) mention: “Fiscal rules are non-transparent, pro-cyclical, and divisive, and have not been very effective in reducing public debts. The flaws in the euro area’s fiscal architecture have overburdened the ECB and increasingly given rise to political tensions”.

This setup evolves from the Maastricht consensus on the leading role of the central bank as sole institution for ensuring stabilisation. Fiscal policy should be passive and aim only at sustainable public finance, the orthodoxy says. But a number of authors have questioned whether this set-up is adequate for exceptional times – when the central bank has reached its zero-lower bound, but the output gap is significant. Both the empirical time series literature and many New Keynesian DSGE studies imply high fiscal multipliers at the zero-lower bound. These multipliers can be even more substantial in the EMU due to spillover effects. On the other hand, deep and sustained recessions have considerable negative effects – both as the long-term unemployed workers lose their skills, as well as the economy losing productive capacity due to prolonged under-investment because of insufficient aggregate demand.

It is this under-investment that the investment stabilisation function proposed by the Commission aims to address. All of this has led to what Jason Furman has called the New View on Fiscal Policy and a growing consensus has evolved that monetary policy needs support from a fiscal body at the zero-lower bound to reach its inflation target faster. In such a setting, the fiscal stimulus might even pay for itself. The widespread failure to recognise this has led Simon Wren-Lewis to conclude recently that “Fiscal Policy Remains in the Stone Age”. In his farewell speech recently, Vittor Constancio also emphasised the importance of a central fiscal capacity for the EMU.

For the EMU it is thus important to ensure appropriate stimulus happens when needed. The Commission admits this problem and announced a new European Investment Stabilisation Function (EISF) to address it. “The crisis highlighted the limitations of means available to individual Member States to absorb the impact of large asymmetric shocks,” it concludes. “A new tool is needed to prevent protracted recessions and negative spillovers.”

But the proposed instrument by the Commission does not seem adequate to the task. It consists of back-to-back loans of up to €30 billion for countries facing asymmetric shocks. The idea is similar to the functioning of the ESM – but avoids any painful and prolonged decision-making process via an automatic trigger. But the volume of the maximum loans – €30bn – is nothing compared to the economies of the EU and is a mere 3% of the already small EU Budget. The ESM has been funded with a starting capital of €500 billion and even so the OMT program was required to limit stress on government bonds. This EISF will thus have only minimal stabilisation capacity – providing loans to countries with relatively low interest rates.

In addition, there is a small genuine risk-sharing component – a rainy day fund from which countries with an EISF loan can receive an interest rate subsidy. Countries contribute to this fund with part of their seigniorage and then do not need to pay the interest rate on the EISF loans. This provides direct help to governments under stress. But, as Gregory Claeys points out, a 2% interest rate subsidy on the whole amount of €30 billion would amount to a modest €600 million. Spain had to pay €6 billion interest rate payments throughout 2011. The Commission’s proposal thus does not address sufficiently the problem of absent stabilisation policy in the Euro Area and a proper stabilisation function of a suitable size will need to be developed further.

By way of comparison, the March IMF Proposal for a similar stabilisation fund represents a true rainy-day fund, with contributions in good times to be used in times of stress. “In terms of size, the Central Fiscal Stabilisation Capacity should be large enough to play a meaningful stabilisation role” says the IMF, proposing an annual country contribution of 0.35% of GDP. According to the Fund’s estimations, this would have had significant positive effects in closing the output gap during the Eurocrisis. The IMF paper also gives a warning shot that: “Embedding a Euro Area budget line within the EU budget would not provide sufficient resources for stabilisation“. The IMF proposed fund would gather around €39 billion annually and thus would be able to exercise more decisive action.

In conclusion, we need to reiterate that the window of opportunity for EMU reform is not a catch-phrase but political reality. We need to think seriously about Europe and its future. There will be another recession – and if it is tackled as slowly and uncertainly as the last one, this will have inevitable political repercussions. The failure to see clearly the need for a macroeconomic stabilisation instrument to deal with deep economic shocks would endanger the Euro Area going forward. Following current political trends, one is entitled to ask – If the sun is shining now, what would happen when it is raining? It is not given that the macroeconomic stabilisation function has to be as small, but its size is a consequence of political decisions to keep the EU budget inadequate for a growing number of priorities. Ignoring all of this means the next economic crisis might be combined with a further political backlash against the EU – something to be truly afraid of.

Atanas Pekanov is an economist at the Austrian Institute of Economic Research (WIFO) and a PhD candidate at the Vienna University of Economics and Business. Since January 2018 he is a member of the Council for Social and Economic Development to the President of the Republic of Bulgaria. He previously worked at the European Central Bank.