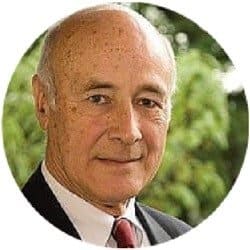 In 1973, US Secretary of State Henry Kissinger, following a period of American preoccupation with Vietnam and China, declared a “year of Europe.” More recently, after President Barack Obama announced a US strategic “pivot,” or rebalancing, toward Asia, many Europeans worried about American neglect. Now, with an ongoing refugee crisis, Russia’s occupation of eastern Ukraine and illegal annexation of Crimea, and the threat of British withdrawal from the European Union, 2016 may become, by necessity, another “year of Europe” for American diplomacy.

Regardless of slogans, Europe retains impressive power resources and is a vital interest for the United States. Although the US economy is four times larger than that of Germany, the economy of the 28-member EU is equal to that of the US, and its population of 510 million is considerably larger than America’s 320 million.

Yes, American per capita income is higher, but in terms of human capital, technology, and exports, the EU is very much an economic peer. Until the crisis of 2010, when fiscal problems in Greece and elsewhere created anxiety in financial markets, some economists had speculated that the euro might soon replace the dollar as the world’s primary reserve currency.

In terms of military resources, Europe spends less than half of what the US allocates to defense, but has more men and women under arms. Britain and France possess nuclear arsenals and a limited capacity for overseas intervention in Africa and the Middle East. Both are active partners in the airstrikes against the Islamic State.

As for soft power, Europe has long had wide appeal, and Europeans have played a central role in international institutions. According to a recent study by the Portland Group, Europe accounted for 14 of the top 20 countries. The sense that Europe was uniting around common institutions made it strongly attractive for the EU’s neighbors, though this eroded somewhat after the financial crisis.

The key question in assessing Europe’s power resources is whether the EU will retain enough cohesion to speak with a single voice on a wide range of international issues, or remain a limited grouping defined by its members’ different national identities, political cultures, and foreign policies.

The answer varies by issue. On questions of trade, for example, Europe is the equal of the US and able to balance American power. Europe’s role in the International Monetary Fund is second only to that of the US (although the financial crisis dented confidence in the euro).

On anti-trust issues, the size and attractiveness of the European market has meant that American firms seeking to merge have had to gain approval from the European Commission as well as the US Justice Department. In the cyber world, the EU is setting the global standards for privacy protection, which US and other multinational companies cannot ignore.

Legal integration is increasing within the EU, but the integration of foreign and defense policy remains limited. And British Prime Minister David Cameron has promised to reduce the powers of EU institutions and to subject the results of his negotiations with the Union’s leaders to a popular referendum by the end of 2017. If Britain votes no and exits the EU, the impact on European morale will be severe – an outcome that the US has made clear should be avoided, though there is little it could do to prevent it.

In the longer term, Europe faces serious demographic problems, owing to low birth rates and unwillingness to accept mass immigration. In 1900, Europe accounted for a quarter of the world’s population. By the middle of this century, it may account for just 6% – and almost a third will be older than 65.

Although the current immigration wave could be the solution to Europe’s long-term demographic problem, it is threatening European unity, despite the exceptional leadership of German Chancellor Angela Merkel. In most European countries, the political backlash has been sharp, owing to the rapid rate of the inflows (more than a million people in the past year) and the Muslim background of many of the newcomers. Again, an important American diplomatic interest is at stake, but there is not much the US can do about it.

There is little long-term danger that Europe could become a threat to the US, and not only because of its low military expenditure. Europe has the world’s largest market, but it lacks unity. And its cultural industries are impressive, though, in terms of higher education, whereas 27 of its universities are ranked in the global top 100, the US accounts for 52. If Europe overcame its internal differences and tried to become a global challenger to the US, these assets might partly balance American power, but would not equal it.

For US diplomats, however, the danger is not a Europe that becomes too strong, but one that is too weak. When Europe and America remain allied, their resources are mutually reinforcing.

Despite inevitable friction, which is slowing the negotiation of the proposed Trans-Atlantic Trade and Investment Partnership, economic separation is unlikely, and Obama will travel to Europe in April to promote the TTIP. Direct investment in both directions is higher than with Asia and helps knit the economies together. And while Americans and Europeans have sniped at each other for centuries, they share values of democracy and human rights more with each other than with any other regions of the world.

Neither a strong US nor a strong Europe threaten the vital or important interests of the other. But a Europe that weakens in 2016 could damage both sides.

Joseph S. Nye, a former US assistant secretary of defense and chairman of the US National Intelligence Council, is University Professor at Harvard University. His most recent book is The Future of Power.