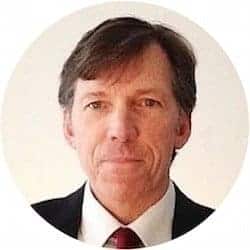 EU member states will hold a meeting on 14 September to discuss Europe’s escalating migration crisis. As Christopher J. Ayres writes, the crisis has prompted discussions over whether individuals seeking to enter the EU should be classified as ‘refugees’ or simply ‘migrants’. He argues that in light of these debates it is time for the EU to drop the requirement for an individual to have a ‘well-founded fear of persecution’ to be labelled a refugee, noting that this definition is 65 years old, antiquated, and was articulated by the United Nations Refugee Agency before the EU existed.

In Europe our attention is drawn more and more to issues involving asylum seekers and refugees. Much of the debate centres around whether people who have left their places of origin seeking EU residence are legally deserving of that right because they are ‘refugees’, or conversely have no such right because they are merely ‘migrants’ wishing to better their economic circumstances. For a vast number of endangered people on the move, and for aligned governments such as those in the European Union (EU), that debate could end with an overdue evolution of the criteria necessary to obtain refugee status and its associated rights. These are rights for which the EU needn’t wait around for the United Nations High Commission on Refugees (UNHCR) to amend.

Refugee status and the protection it connotes presently depends upon “fear of persecution”, a narrow, under-evolved notion of protection enunciated in the wake of World War II. In 1951 the United Nations stated that a refugee becomes so

…owing to a well-founded fear of being persecuted for reasons of race, religion, nationality, membership of a particular social group or political opinion, is outside the country of his nationality and is unable or, owing to such fear is unwilling to avail himself of the protection of that country.

At first glance there is nothing objectionable to this neatly-phrased formulation of protection. Its humane intentions are clear. But looking to the practice, how the letter of the law plays out in reality in the field over decades of opportunities for observation presents another tale. Having managed and resided in refugee shelters for several years in Africa, the shortcomings of the definition was all too often revealed.

For example, one shelter in Kampala was full of people who had fled the Democratic Republic of Congo (DRC), in particular the Kivus which border Uganda, Rwanda and Burundi. Their homes had been destroyed by years of violence and instability and what have subsequently been termed two African world wars. None of the Congolese who made their way to our shelter were wanted by the DRC government. None would be persecuted if forced to return to the DRC. None would be arrested. They would simply perish.

In other words, the wretched conditions in the DRC’s Kivus, in part created by the DRC government itself (along with multiple belligerents) rendered chances of survival no better than if the government purposefully sought the would-be refugees out to wrongly imprison, torture, deprive them of land, or for that matter kill them. They could conduct no sustained or viable economic activity in order to survive. They could not ‘dig’, meaning engage in subsistence farming without interruption.

It often became too dangerous to harvest their own crops, it they had any. Combatants pillaged whatever they wished and raped the women and girls. Hostilities, bloodshed, mine fields and insecurity were the features of everyday living. For many, it remains that way today. If these are not the conditions the UNHCR had in mind when they sought protection for endangered people on the move, it is hard to say what one must endure to qualify.

Indeed, those taking flight from the DRC could not avail themselves of the protection of their country of origin, which could not as a whole protect itself from hostile neighbours and internal threats. Yet many individuals and families would be rejected as ‘migrants’ whose only aim was to improve their economic opportunities. This implies that they had economic resources to improve upon, circumstances adequate to survival and merely wished to better their existence where the grass was greener.

But they had no such resources, and what some had was plundered. They used their feet to get away, even while many others could not even do that. They scavenged, they hungered, they succumbed to illness and, lacking official protection, endured raids and abuse along the path of their exit and journey through Uganda. They frequently suffered attacks and abuse in Uganda itself from residents and officials alike. Lacking refugee status they could be killed with impunity.

None of which is to say that after reaching Uganda all those who decamped from the DRC were denied refugee status. In fact, some were in time successfully resettled in third countries including the UK, Australia and the US. But for the most part they had to convince or bribe UNHCR officers to confirm that they faced some form of government sponsored persecution if they were obliged to return to the DRC. In short, fleeing for your life was not enough.

The circumstances and background of endangered people on the move to the EU today are not that different than those mentioned above. Thousands would not face government sponsored persecution if returned to their countries of origin (although many would). They would face worse, abuse from any quarter and extremely doubtful means of livelihood.

Thus, a better, more nuanced approach reflecting decades of experience in the field and at home is long overdue for EU member states. Those who make their way into the EU under circumstances similar to those forced to flee the Kivus in the DRC should be granted full refugee status on the basis of an amended EU wide common policy that broadens current antiquated UNHCR phraseology.

This would give renewed credibility to EU claims to be highly concerned about endangered people on the move. It could be accomplished merely by removing the words “of persecution” and leaving in place “a well-founded fear”. It would dismantle what too often amounts to a discriminatory pretext for removing from the EU endangered peoples on the move who have already suffered enough.

Christopher J. Ayres is a Lecturer in international human rights and humanitarian law at the Berlin School of Economics and Law. He is a former U.N. attorney in Rwanda during that country’s genocidal years of 1994-5, and from 1996 to 2011 directed non-profit humanitarian and human rights initiatives in the Great Lakes Region of Africa where he worked and resided for 11 years. He holds a Juris Doctorate from Harvard Law School.