Russia’s military assault on Ukraine caps a period of political attacks on democracy around the world.

Faced with Russia’s authoritarian kleptocracy to their north and east, Ukrainians—off and on, and with periodic mass uprisings—have chosen a very different political path in recent decades. Through several cycles of elections and popular protest, Ukraine has moved toward the democratic ideals of the rule of law, protection of individual liberties, freedom of expression and association, free and fair elections and the peaceful resolution of internal conflicts.

One of the key differences between autocracies and democracies is that democracies protect the rights of free speech and assembly, and hence of popular protest. As citizens of democracies know, some regulation of protests is necessary to keep the peace and sometimes this regulation goes too far, preventing these rights from being exercised.

But dictatorships, such as Putin’s, simply cannot tolerate protests—at least of the sort that criticise the government. The Kremlin is now threatening Russians demonstrating against the war in Ukraine with ‘harsh punishment’ for organising ‘mass riots’. On Friday, Russia’s Putin-controlled parliament passed a law that would impose 15-year-maximum prison sentences on those who ‘falsify’ information about the ‘special military operation’ in Ukraine.

Autocrats are also more likely to inflict physical harm on protesters. In fact, an earlier violent crackdown in Kyiv was the prologue to the eventual removal of Ukraine’s last pro-Russian president, Viktor Yanukovych, in 2014. In an attempt to placate pro-western constituencies in Ukraine, Yanukovych flirted with the European Union, announcing in 2013 that his government would sign an Association Agreement with the EU. But in late November 2013, under pressure from Putin, he abruptly turned away from the EU and instead signalled a preference for joining the proposed Russian-led Eurasian Economic Union.

Stunned by Yanukovych’s move, demonstrators converged on Kyiv’s Maidan (Independence) Square. In the early hours of November 30th, a small group of protesters were lingering alongside municipal workers who were mounting a Christmas tree, when a contingent from the Berkut (‘Golden Eagle’) special police force suddenly appeared, attacking the protesters and workers with boots and batons. The violence against peaceful demonstrators, ordered by Yanukovych, was unusual for Ukraine at the time.

Images of bloodied young people being pushed into police vehicles sparked an enormous outpouring of anger and more than half a million demonstrators were estimated to have packed into central Kyiv on December 1st. This was the beginning of the ‘Euromaidan’ protests, which culminated in February 2014 with Yanukovych fleeing Ukraine into self-exile in Russia. Putin recently alluded to these events in a speech justifying the current onslaught on Ukraine, claiming in Orwellian language that Yanukovych had been ousted in a ‘coup’.

Putin’s physical assault on Ukraine caps a period of political attacks on democracy around the world. Many of the assailants have been elected leaders who, like Yanukovych, have taken aim at their own countries’ constitutions and encroached on citizens’ basic rights. Aspiring autocrats have followed this playbook in countries as diverse as Brazil, Venezuela and Nicaragua; Hungary, Poland and Serbia; and Turkey, the Philippines and the United States.

These democratic backsliders have leaned on one another for support, forming an implicit alliance. The former United States president, Donald Trump, was one of its linchpins and worked hard to bolster like-minded leaders—including by offering them a coveted visit to the White House. Trump clearly demonstrated his preferences in 2019 by hosting Hungary’s autocratic prime minister, Viktor Orbán, while demanding that the Ukrainian president, Volodymyr Zelenskyy, pay his way to Washington by initiating legal proceedings against Trump’s then-potential rival for the presidency, Joe Biden.

Russia’s invasion of Ukraine has shattered this unholy alliance of aspiring autocrats, which viewed Putin as the ultimate strongman leader. Orbán has denounced the invasion, while Poland is accepting a flood of Ukrainian refugees. Both Hungary and Poland have new reason to value their membership of the North Atlantic Treaty Organization.

Let us therefore hope that Putin’s aggression restores a sense of common purpose among free societies, and persuades would-be autocrats that peace, security and national survival are well worth the price of admission into the democratic club. There, citizens’ rights and freedoms will have a better chance of being respected.

Republication forbidden—copyright Project Syndicate 2022, ‘The global struggle for democracy is in Ukraine’ 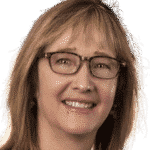 Susan Stokes is professor of political science and director of the Chicago Center on Democracy at the University of Chicago.