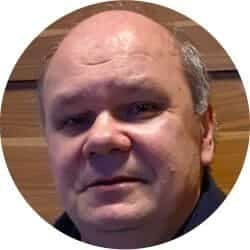 Two and a half months before the Hungarian parliamentary elections, the majority of foreign observers have presumptively called the outcome: the ruling party Fidesz will win again, definitively putting an end to democracy. Certainly, there are those who see the Hungarian situation in a more subtle way (the fact that the migration policy of Prime Minister Viktor Orbán has more and more fans in Europe points in this direction), nevertheless the prevailing opinion is that the Hungarian government has distanced itself from Europe in the past eight years.

If this Western supposition were correct, then there would have to be a dedicated, concentrated opposition which would point out the baneful mistakes of the Orban government’s European policy and provide a powerful alternative. There is a catch, however. There is no such opposition. The reason why is that the Hungarian opposition is not European enough.

How is this possible? – we may ask. It is not as complicated as it seems. Orbán’s popularity and the opposition’s unpopularity are  closely related. And both have something to do with Europe.

The pro-Europe stance of the Hungarian opposition means just one thing: adhering to norms. Ever since the mid-19th century the essence of our politics was that Hungary is an underdeveloped country and it can only catch up if it follows the western example. This has served Hungarian political development well although often it was not enough. It worked for example after 1867 (after the Austro-Hungarian compromise) when Hungarian politics drew much closer to the European mainstream. It also worked after 1990 when, following the dismantling of the previous dictatorship, democratic institutions were established. There are periods though when following the pack no longer suffices. The current Hungarian opposition is strong in adhering to norms but weak in figuring out what to do if a follower mentality is not sufficient to attain a Western European lifestyle. In other words, it does not know how to react to a situation in which the post-1990 euphoria of the transition has ended and it has transpired that the introduction of western institutions in itself is not enough. Orbán’s success however derives from the fact that he and his party are strong in the areas where the opposition is weak.

In line with most of the West, the opposition calls the current Hungarian political system an autocracy. With this categorization, however, we mask what provides Orbán’s strength. If the system is indeed an autocracy then we have to be able to explain how it is possible that the people who for quite a long time loved and followed the western model suddenly decided to turn away from it. It is not enough of an explanation that the Hungarian Prime Minister dismantled democratic institutions. How could he have done this if a strong liberal democracy had existed?

Orbánism’s power stems from its recognition that it is not enough to follow Europe, one has to form it as well. Naturally the Hungarian opposition says: such a small country shouldn’t want to set trends. The opposition is simply wrong here. A multitude of western authors write about the fact that small states have their own role in world politics. There are certain things that small countries might actually know better than great ones.

Orbán’s politics is not haphazard. What he does is not at all unfamiliar to those who know Hungarian history. The need to be a trendsetter was always present alongside the follower mentality. If we read historic texts of Hungarian authors we will be surprised at how similar their thoughts were to what Orbán’s government is thinking and doing today.

Protecting Hungarian national sovereignty is a core element of this politics. The current Hungarian right did not invent this, it just revived a Hungarian tradition. This may seem anachronistic in today’s global world but actually is not when compared for example to the Catalans or the Scots. Though Hungary is an independent state and, in this sense, different from Catalonia and Scotland nevertheless they all share a strong desire for national independence. In the case of Hungary this goes hand in hand with its history. A part of the Hungarian elite has always thought it important to protect national sovereignty.

Orbán’s politics is far from just being domestic policy, it also wants to shape international relations. This is what the opposition does not understand and hence cannot influence. The current Hungarian opposition (besides the fact that it is highly fragmented) does not have a dynamic picture of Europe. The only thing it can say about itself is that it is pro-western, end of story. Nearing the end of the second decade of the 21st century, this is not enough for voters though. They are right to ask: if the current opposition is western, then why couldn’t it create a western standard of life in Hungary while in government?

Hungarian liberal and left-wing parties portray Europe in a static way, as if the European Union were not facing any problems. This, however, does not reflect the first hand experiences of voters. The opposition parties should speak more about the current debates on Europe and what alternative suggestions have arisen to solve current problems. Talking about Europe (and its difficulties) in a more courageous and open way, introducing the public to what it thinks about the present and future of EU, could be key to shifting public opinion towards them.

Ervin Csizmadia is founder and director of the independent Hungarian think tank Centre for Fair Political Analysis. He is also Senior Research Fellow at the Hungarian Academy of Science's Institute for Political Science. He has written 11 books so far. His latest book, The Logic of Hungarian Political Development: Can the Present Be Compared to the Past? was published in Hungarian in December 2017. The English version will be available in the second half of 2018.