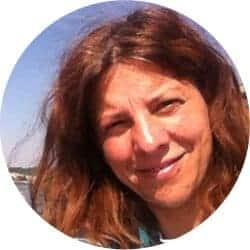 After a very long and rather Kafkaesque election night in Hungary, FIDESZ secured a victory for a third term of governing with a two-thirds majority. After eight years in government, the vote for the radical right in fact increased, with both Fidesz (49% of votes) and Jobbik (a far–right party with 19% of the votes) gaining more votes than four years ago. Tellingly, Orban in his victory speech thanked ethnic Hungarians living abroad (largely dual citizens of Romania, Ukraine and Serbia with voting rights) who ‘defended Hungary’, he thanked his Polish friends and Kaczyński, and he gave thanks for all the prayers (with no end to religious references).

The campaign was a single-issue, emotively hostile and negative campaign, focusing on the migration issue and financier/philanthropist George Soros, that erased public policy as a matter for debate all together – the end of an era when negative campaigns can’t be electorally successful, it seems. A déjà vu of the Brexit campaign in which the migration issue captured the public discourse.

This Hungarian result talks to a lot of different issues. It reflects a deep division between the capital Budapest, where the opposition won by a two-thirds majority, and the ‘country’ (countryside) where Fidesz won almost outright. It reflects on the widespread and significant institutional ‘reforms’ in the country which confidently delivered votes in small towns and in villages through channels of appointed officials, public finances, and EU funds (no need for subtle pressures here – civil servants were asked to take a photo of their ballot papers and email it to a central account; Kindergarten teachers were told to hand out Easter chocolate to parents as a ‘gift’ from Fidesz). The election result also points to the fact that corruption has become normalized – despite unprecedented levels of corruption concerning both EU funds as well as public funds, the government secured its third term.

No longer can one think that populism is a short-term political project. Orban can now thrive on the basis that his legitimacy with a high turn-out (70%) at the election makes him a stronger leader than many of his counterparts in (Western) Europe. His anti-EU rhetoric is expected to intensify in the coming months and years and he is already working hard on building a new transnational coalition against ‘liberal’ Western Europe and to evict all NGOs from the country that have political missions.

I have no doubt political scientists will be busy working on new understandings of political populism that can account for the Orban phenomenon. As a social policy scholar, I am very worried about the public policy implications of the electoral success of radical right-wing populism and its implications for the future of the ‘welfare state’ and Social Europe. Orban has long embarked on the systematic de-professionalization of the civil service and the re-politicization of the entire public policy making machinery in the country. The institutional ‘reforms’ (extensive centralization, chaotic funding structures, drastic cuts to social benefits, religionization of gender relations and education) have brought the health care system, education system, labor market policies and social insurance to its knees. Social deprivation and poverty are at a record high and Orban’s reforms are systematic in terms of his desire to ‘end the welfare state’. The Hungarian regime is a unique combination of illiberal democracy and a social disinvestment state.

While we hear more about the rather awkward notion of ‘illiberal democracy’, its social implications are rarely discussed. Orban has embarked on a radical reform of the welfare system, one which has produced massive benefits cuts, punitive public work schemes, an unsustainable pension system, a declining health care and education system and a re-gendering discourse riddled with the patriachical and medieval language of social relations. This regime is a mockery of the EU’s social investment strategy, and proudly declares a fight against the vulnerable. Henry Giroux’s new authoritarianism, defined as a ‘new politics of normalisation of culture of fear, war, surveillance and exploitation’, where ‘the politics of disposability with its expanding machineries of civic and social death, terminal exclusion, and zones of abandonment’ prevails has long left the US and has arrived in Europe. This is not even a Hungarian story anymore.

This election result, which is perhaps even more significant than Orban’s first election victory in 2010, calls for a radical rethink of populism in Europe, not just as a new political discourse or political strategy, but also as a social project with significant consequences for ‘Social Europe’. A radical new vocabulary is needed to understand what is going on here. What does ‘solidarity’, or ‘internal conditionality’ mean for the future of the European integration? What are the consequences of paying lip service to EU social policy? How do EU structural funds help to sustain this regime? Populism as such is not a national project any longer, it has become a transnational agenda/issue/project. The margins of Europe are talking back in unexpected ways. Sometimes I wish I were not a native Hungarian speaker, understanding the brutality of this new language.