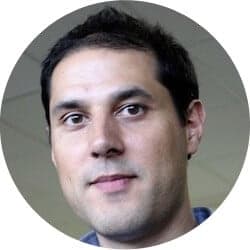 “Pro-Europeans” in Brussels and elsewhere tend to think about European integration in a somewhat linear way. They intuitively see integration as good and “disintegration” as bad. Thus, the European Commission proposal to deepen integration of the eurozone by creating a eurozone finance minister and budget and turning the European Stability Mechanism (ESM) into a European Monetary Fund – which is currently being discussed by European leaders – is generally seen by “pro-Europeans” as a step forward. Indeed, much of the debate how “pro-European” the new German government would be has focused on whether it would be open to these ideas, which were originally put forward by French President Emmanuel Macron.

However, there are two quite different ways of thinking about the Commission’s proposals. For Macron, they were part of a vision for a “Europe qui protege” in which there would be greater “solidarity” between citizens and member states. In the context of this vision, the new European Monetary Fund would be a kind of embryonic treasury for the eurozone. But many in Germany, including Wolfgang Schäuble, seem to support the same idea for entirely different reasons. They see it as a way to increase control over EU member states’ budgets and more strictly enforce the eurozone’s fiscal rules and thus increase European “competitiveness”. If that vision were to prevail, “more Europe” would mean “more Germany” – as many of the steps that have been taken in the last seven years since the euro crisis began have.

These different visions illustrate the way that deepening European integration is not automatically or inherently a good thing. In fact, steps such as turning the ESM into a European Monetary Fund may form part of a troubling transformation of the EU that goes back to the beginning of the euro crisis. Although integration has continued since then – and indeed EU member states have agreed to pool sovereignty in ways that would have been almost unthinkable otherwise – there are some reasons to think that this integration is qualitatively different from previous phases of the European project. It may be that, in the name of “more Europe”, a quite different EU is emerging in reality than the idealised project of the “pro-European” imagination.

The remaking of the EU in the image of the IMF

It is as if the EU is in the process of being remade in the image of the IMF. It increasingly seems to be a vehicle for imposing market discipline on member states – something quite different from the project that the founding fathers had in mind and also quite different from how most “pro-Europeans” continue to imagine the EU. Indeed, it is striking that, in discussions about debt relief for crisis countries, the European Commission has often been even more unyielding than the IMF. As Luigi Zingales put it in July 2015: “If Europe is nothing but a bad version of the IMF, what is left of the European integration project?” The transformation of the ESM into a European Monetary Fund may be the final, logical step in this process of remaking the EU in the image of the IMF.

The figure, who, more than anyone else, embodies this transformation of the EU – and has done more than anyone else to make the case for it – is Angela Merkel. She has spoken endlessly of making Europe “competitive” – that is, able to compete economically, and perhaps also geopolitically, with other regions in the world. But in the process of becoming more “competitive”, another subtle transformation is taking place. “Pro-Europeans” once thought of the EU as a kind of model for the rest of the world. Led by Merkel, they are now abandoning this idea and increasingly thinking of the EU as a competitor. Supporters of this approach will say that in order to be a model, the EU needs to be “competitive”. But in order to become “competitive”, the EU may be hollowing out the model for which it once stood.

In particular, Merkel clearly believes that, in order to be “competitive”, Europe needs to cut back on the generous welfare state for which it is known. She likes to say that Europe has 7 percent of the world’s population, 25 percent of its GDP and 50 percent of its social spending in order to suggest that “it cannot continue to be so generous.” This logic is behind the imposition of austerity on “crisis countries”. For example, former Greek Finance Minister Yannis Varoufakis says that, in their first meeting, Schäuble told him that “the ‘overgenerous’ European social model was no longer sustainable and had to be ditched” in order to make Europe “competitive”. This “competitive” Europe bears little resemblance to the one of the “pro-European” imagination with its emphasis on the “social market economy”.

Perhaps the most striking – and disturbing – image for the new EU that seems to be emerging comes from Mark Leonard’s book, Why Europe Will Run the 21st Century. In it, he evoked the Panopticon – the circular prison designed by Jeremy Bentham – as a metaphor for the EU. In Surveiller et Punir (translated into English as Discipline and Punish) Michel Foucault saw the Panopticon as emblematic of a modern form of discipline that aimed to create “docile bodies”. Leonard intended to apply Foucault’s analysis to the EU in a positive sense – the idea was to illustrate how the EU used power in such an efficient way that rules ultimately become internalised. But the idea of the EU as Panopticon may turn out to have been prescient in a somewhat darker sense. What seems now to be emerging is not so much a “Europe qui protege” as a “Europe qui surveille et punit”.

Hans Kundnani is Research Director at the European Council on Foreign Relations and an Associate Fellow at Birmingham University.