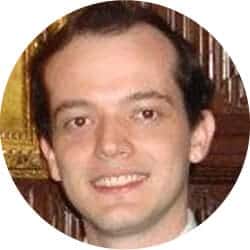 A decade after the outbreak of the global economic crisis, the deepest since the Great Depression, a question remains open: what has changed in the international economy? For some analysts, there is a shared feeling of a return to business as usual. That is partially true if we consider, especially after many bailout experiences and government interventions, the rapid recovery of activities in the financial sector, which was at the core of the recent crisis, with no significant changes in the regulatory framework.

However, once we widen our analytical horizon, important signs of change can be highlighted. While these may not be as radical as other analysts would expect after such a profound crisis, they cannot be ignored when viewed in a long-term historical perspective. They have been made clear through all economic, social and political tensions aggravated around the world over recent years.

It is no longer possible to think of the international economy and the possibilities of development within this new reality from a purely economic point of view, as prevailed in the past. Social and environmental issues figure high up on several theoretical and practical agendas. That means an enormous and essential advance in the way we question given solutions in face of new challenges. Social inequality and environmental sustainability are only two noticeable examples of issues that, although belatedly, are here to stay. The crisis exposed how income gains had been highly unequally distributed even within developed societies in Europe or in the United States. At the same time, production methods and consumption habits have proved inefficient given the costs and risks in terms of climate change.

Even from a strictly economic point of view, those times of high economic growth and dynamic world trade, which particularly marked the 2000s, are no longer extant. Post-crisis conditions are still far from those of the pre-crisis world. The rise of China as a global economic superpower, including its capacity to rival the US, has never been so clear. Its presence and growing influence over most countries in different continents neither.

The rise of more radical political leaderships, even though democratically elected, is also a sign of changing times, as in other periods of history. All delusions shredded by the crisis in many countries as it exposed poor economic and social welfare have fueled sharp questioning of the status quo. To a large extent, conservative and nationalistic political forces have regained momentum, particularly through a questionable discourse against globalization. It is true that the crisis exposed many flaws in the globalization process, especially its unequal and asymmetrical nature between and within countries. That does not mean, however, that an adequate manner of dealing with it should be by adopting beggar-thy-neighbor policies. Trump’s election and Brexit should be understood within this context.

Nonetheless, once individual interests – of a particular country – prevail over collective interests, the international order tends to get closer to disorder. Lessons from past crises seem to be simply forgotten, above all in regard to the need for world coordination and concerted efforts that any critical solution requires. What has been observed thus far, however, is greater international fragmentation. The recent US step of raising import tariffs on some goods and the Chinese response are just one example of political decisions that add instability to the world order. Another issue of concern refers to escalating tension involving the US and Russia over Syria in shows of strength while innocent civilians die or suffer. This reminds us of tragic episodes during the Cold War. Trade wars and even potential conflicts are again high on the international agenda, urging caution and sensible decisions from leaders of powerful nations.

If we add to this context the potential impacts of the imminent fourth industrial revolution over both economic and social relations, a much more uncertain international scenario draws near. Just a few countries and companies are leading the technological advances that may prove disruptive, while the great majority of people still remain on the fringes of this process. Apart from China, low- and middle-income countries are far from catching-up with the development of new technologies in an autonomous and participatory way.

It seems increasingly clear that we are living in a period of transition, as those years in the 1930s and in the 1970s were, although in a very different historical context. Transition to exactly what we still do not know, nor do we know the consequences of ongoing transformations. Such transitional times, for instance, resulted in radically new international economic orders in the following decades, namely the Bretton Woods regime and the neoliberal order. While the crisis leads to an opportunity for change, rising uncertainties turn into destabilizing forces and potential conflicts. Thus, we need to be careful and aware that through the current decisions taken by our political representatives, sometimes supposedly in the national interest, we are building (or destroying) the future of the world we live in.

Roberto Alexandre Zanchetta Borghi is Professor of Economics at the
University of Campinas (UNICAMP), Brazil, and PhD in Development
Studies from the University of Cambridge, United Kingdom. His research
areas include development, international and industrial economics.