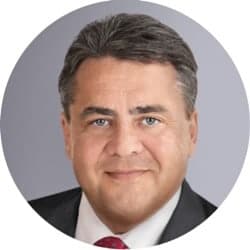 German social democrats have been labeled “panic-stricken” and “self-contradictory” in the refugee crisis. As we in Germany and the EU face by far the biggest challenge for decades, a proper answer is due here.

One thing first: Practically everybody I have spoken to in the last few weeks and months expresses contradictory feelings and thoughts. On the one hand, there is still this huge readiness to help. On the other, the anxious question: Can we really make this work? How many more are coming? It is not just CSU leader Horst Seehofer but many committed volunteer helpers who are demanding a substantial cut in levels of annual immigration – with latest polls showing 70% sharing this view. They know that it is impossible to find decent housing and properly integrate more than a million people coming to Germany each year. Let us not forget too how events like those in Cologne alarm virtually everybody in Germany. So there are reasons why people feel torn this way and that.

Most politicians  – me too – feel the same way. Being aware of such inconsistency has nothing to do with any “inner turmoil”. Far from it: it is the pre-condition for treating our population the correct way. So it would be right and proper if politicians as well as journalists simply admit to bearing these dual feelings within our hearts and knowing how unsettling that is. This would make both of us more credible in the eyes of the bulk of our fellow citizens.

And we have to admit we sometimes make mistakes: noticing developments too late and doing some things too slowly. But that is pretty well normal given the huge scale of this endeavour. Nobody had a master plan for this turn of events lying in the drawer. These challenges can only be tackled step-by-step. Admitting that publicly would also make for less tension and greater calm. Responsibility for refugees and our democracy. Both exist: responsibility for refugees and for the stability of our democracy. Far too many people got carried away at the start with sharing the surprising and immensely admirable “welcoming culture” without so much as a nod at the challenges ahead. I claim on behalf of German social democrats that very early on we avoided this – under the motto “Trust AND Realism”. And going to the other extreme, seeing in immigration only excessive demands and dangers, that was and remains wrong.

The foreseeable problems sowed anxieties among our people. And not everybody with such fears and so truly angry about refugee policy that they are thinking of voting for the Alternative für Deutschland (AfD) is a far-right extremist. We cannot simply abandon these fellow citizens. Of course, that is not the case with the representatives of AfD and Pegida with their openly racist and far right arguments. Or are so contemptuous of human beings that they would willingly issue shoot-to-kill orders even aimed at children at the German border.

The SPD can demonstrate great consistency in its handling of the refugee issue. One good example of this is our position on reducing the refugee numbers: when Frank-Walter Steinmeier and I called for this last October there were angry outbursts: We were talking just like Seehofer, we were stabbing the Chancellor in the back – that was the loudly critical refrain. Today, that demand has long been mainstream. It is not the SPD changing position but many a commentator.

Time and again comes the declaration that we will never achieve this cut in the refugee numbers – and do not even have a plan for doing so. But, in truth, our plan then is official government policy today:

Legal entry of this kind for refugees would halt the human traffickers, render the path to us secure and enable one to manage and control migration. These proposals from foreign minister Steinmeier and myself are, so to speak, today’s Plan A for the coalition. We are working on it together with Angela Merkel.

One thing is certain: If it works, nobody will recall who dreamed it up, it will be the CDU Chancellor’s great success. But the truth is: We do not need to worry about this as it will be a success for Germany and half of Europe. There is no room for party politicking in these troubled times.

And, by the way, that Plan B people often demand is available too: If Plan A does not prove effective enough in the first half of this year then open borders inside Europe will be put at great risk – including Germany’s. The economic and political consequences are incalculable which is why the SPD wishes to avoid this Plan B with all its power. This is where the thinking between the SPD and parts of the CDU on one side divides sharply from that of the CSU and the rest of the CDU on the other. The latter think Plan B is the only right one.

The accusation that the SPD is acting in a contradictory manner is also unjustified in other respects. A supposed proof of that accusation is social democratic allegiance to solidarity with and aid for the weak – in this case, the refugees – on one hand and, on the other, the apparently contradictory demands for the swift expulsion of criminal asylum-seekers or sanctions against any refusal to integrate. For the SPD both supporting people and demanding things of them go together. In our eyes, there is no contradiction between them as some others may see it. Anybody offered help with integrating and learning the language must accept it. And if he or she refuses we will have to cut their social benefits – the same as with any indigenous long-term unemployed person.

Deportation of people who need no protection from persecution, war and civil war is no denial of our welcoming culture. We simply need all our strength for the many people in sore need of protection. It is playing with fire to ignore problems with criminal refugees. That just hands right-wing agitators further weapons to propagate their repulsive propaganda. That is why the SPD, as early as last year, pushed through 3000 extra posts at the federal police. Moreover, we social democrats view public security and social security as organically twinned – and not just stepsisters as some would have it. One criticism though is spot on: the entire political class spent last year on crisis management in the first place – and we have not really begun to get on with the task of integration. This has fallen almost in its entirety onto volunteers in Germany.

Angela Merkel coined the phrase: “Wir schaffen das” (we can do it). For us social democrats it is: We are doing it. We need an all-Germany alliance for social cohesion and integration. This is the real litmus test of the Grand Coalition.

Accepting a million refugees into Germany but then setting out a balanced budget as the great goal of fiscal policy rather than successful integration and investment in better social welfare for the entire society – this would be mendacious and would put the coalition under enormous strain. I am confident that the Union (CDU/CSU) will see this as the way forward too.

For the SPD Willy Brandt’s great cry still holds true now and in future: “We are the party of the thunderous Both-And.” Brandt knew that life is far too diverse for a simple political Either-Or. It is not the lack of will for undisputed clarity that marks this SPD position – but the knowledge that life needs clever compromises, balance, moderation and centre-ground.