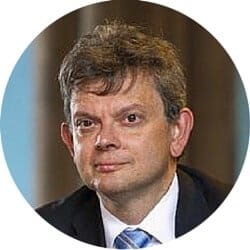 It looks already as if 2016 will be a pivotal year for the world economy. RBS has advised investors to “sell everything except for high-quality bonds” as turmoil has returned to stock markets. The Dow Jones and S&Pindices have fallen by more than 6% since the start of the year, which is the worst ever yearly start. There is a similar story in other major markets, with the FTSE leading companies losing some £72bn of value in the same period.

These declines have come on the back of a major shock to the Chinese stock market. China’s stock exchange is very different from that of other major economies, as Chinese companies don’t rely on it to fund themselves to the same extent, using debt instead. All the same, the repeated suspensions of trading as the Chinese circuit-breakers came into operation (as they do when share prices fall too sharply) spooked investors around the world.

On top of that we are seeing commodity prices continuing to retreat. Oil prices have dropped towards $30 per barrel and don’t look likely to increase soon, with Iranian and Saudi oil production continuing to sustain supply. We are seeing many emerging economies dependent on petroleum revenues suffering (Brazil, Russia), and there is speculation that many oil producers (and perhaps even Saudi Arabia) are having to abandon their currencies’ link with the US dollar.

According to this view of the world, monetary policy can’t encourage demand to pick up when interest rates are already at or close to 0%. A recovery will not be seen unless governments restore confidence through co-ordinated fiscal action – ramping up public spending worldwide. This is a basically Keynesian demand-side view of the world, echoing Keynes’ view that the post-war global economy required to be managed in terms of overall levels of demand.

An alternative view is that the world’s economic stagnation been caused by an expansion of global savings, partly driven by the emergence of major economies such as China and India. Because business demand for investment capital has been weak, these excess savings have instead gone into things like government bonds, leading to low real interest rates.

In this world view, emerging from the crisis does not require more government spending, but an expansion in investment opportunities for the excess savings, driven by innovation. It also requires a degree of policy co-ordination between countries to gradually raise central-bank interest rates towards “normal” levels. Otherwise the imbalances in savings between East and West are likely to continue, raising the risk of recreating the bubbles in asset prices such as property, and excessive consumer spending in the industrialised countries.

As 2016 evolves we should get some insight into which of these two world views is correct as we begin to see if consumer and investment spending can recover without the need for additional government spending. In my view the demand-side argument has greater merits, but there are three qualifications. First, to sustain consumer demand in any recovery, wage levels have to keep pace with inflation. If this doesn’t happen it will continue to drive inequality and hold back consumer spending.

Second, there is the complication that post-crisis debt levels are still highin many countries. Household debt is still high relative to GDP in the UK, Spain, Portugal, Ireland, Canada and the US (amounting to between 80% and 110% of the size of the economy). And gross government debt as a proportion of the economy exceeds 100% in the US, Ireland, Italy, Greece, Belgium, Portugal and Japan.

Critics of the pure Keynesian position argue that unless these debt levels are brought down, it is difficult to see beyond a slow recovery. In the past, wars and inflation have been used as opportunities to restructure or inflate away debt. Our independent central banks make it difficult to use inflation as a way of reducing debt levels because we have given them the job of keeping inflation low. This does not prevent a co-ordinated fiscal expansion amongst the G20 economies to kick-start the world economy, but it does mean that we have a diminished arsenal at our disposal.

Third, the US was able to use its dominant position to set a clear direction for the world economy until recently, which made life easier for governments and central banks around the world. In a multi-polar world where countries set their own fiscal and monetary policies, there is the greater potential for individual countries to make policy mistakes as they (mis)interpret what is happening externally.

It would be good if, in 2016, we began to see greater macroeconomic cooperation between the G20. In an ideal world, the G20 economies would seek to share out the effort of sustaining world demand through targeted public investments designed to restore business and consumer confidence. We saw this very briefly immediately after the financial crisis. Since 2009 there have been no attempts to act collectively on fiscal policy. Those days seem unfortunately very distant now.

This column was first published by The Conversation.

Anton Muscatelli is Principal and Vice Chancellor at the University of Glasgow. Professor Muscatelli has been a consultant to the World Bank and the European Commission, and was a member of the Panel of Economic Advisers of the Secretary of State for Scotland from 1998 to 2000.