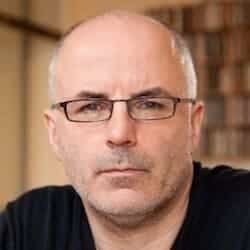 If you were a European social democrat looking to Labour for light at the end of the left’s long and dark electoral tunnel last month then you would have been disappointed. But any cursory glance under Labour’s bonnet and a quick kick of the tyres would have told you this vehicle was never going to get over the finishing line first – maybe not ever again.

Because this wasn’t just another defeat from which tactical and campaigning lessons can be learnt, a new leader found and the whole show started again. This was a defeat that exposes the existential crisis for Labour – and while the party is particular in its origins and culture compared to more mainstream continental social democrat parties, pretty much the same crises confronts us all.  A political creed forged in the late 19th century, partially successful in the 20th century is finding itself hopelessly prepared for the 21st.

In Downfall: is Labour dead and how do we build radical hope? I try to get to grips with this crisis by understanding why a return to the politics of old social democracy or New Labour are no longer an economic or cultural possibility. Instead, I argue, Labour and other social democrat parties must do two things; first have the ability to self-reflect to understand exactly how deep the crisis is, that it is to understand it as a crisis of existence and why, and second, they must open up and out to all the voices within and around them to find new sources of intellectual and organisational energy. We call it an Open Tribe – a party proud of its history and certain of its values but fully open to new ideas, alliances and cultures.

I suggest this will require some elements of Blue and New Labour – but more than that the notion of a Good Society rooted in the networked and social media dominated culture Compass and others have been exploring. It will be a social democracy based on the culture of Facebook, not the factory, a social democracy for the 21st century, wholly different from the social democracy of the last.

Ask most management consultants whether its easier to change an old organization or create a new one – you know the answer! Can Labour and social democracy change? The omens are not good – at least here in the UK. Labour’s leadership election is shaping up to be a decision on whether to re-run the Miliband years or go back to 1945 or 1997. If Labour can’t break out of the tailspin and fashion a new politics relevant to the future then the downfall will be complete.