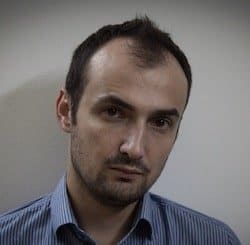 Unpredictable events often induce the most radical change. For Bangladesh and its garments industry it could well be that the improvements in standards, as a result of the Rana Plaza tragedy, end up being just the stimulus to help the country’s manufacturing sector evolve; from the huge and perhaps burdensome focus solely on low end garments.

Garments are of course Bangladesh’s largest export industry accounting for around 80% of exports. The sector’s exports are growing robustly too. In 2013, a year plagued by instability, exports grew in value by some 11.7%, according to HSBC Bank. Needless to say growth of the country’s GDP was less than half that. Whilst in the first five months of 2014, the value of the country’s garment exports grew by 13%.

This is a continuing trend; the garments sector outperforming the rest of the economy. While garments exports grew robustly, private investment was down in 2013. In other words, more was made (and sold) with less going into making those garments whilst wages and inflation continue to rise. As garments flew out and imports slowed at the same time, this meant that the Taka gained value, relative to the dollar. This is sometimes called the ‘Dutch disease’ – whereby the export of a particular commodity raises the value of the currency and thereby makes other exports less competitive.

This only leads to one thing; the cost of a Bangladeshi sock being more expensive, despite being made in in the same conditions, and by a worker who will be paid virtually the same amount (inflation will soon catch up with the minimum wage rise). The answer to this is to attempt to move up the production ‘food chain.’ The Accord gives Bangladesh the perfect opportunity to push upwards and work with better standards – making them the norm.

The garments sector has to date arguably been cosseted. Bangladeshi government policy has helped the trade by providing generous tax incentives while the country has one of the lowest tax to GDP ratios on the planet at around 10%. This has obvious ramifications, from aid dependence to run basic social services, such as health care, to a woeful lack of infrastructure. The lack of taxation also means that imports are heavily taxed. A mobile phone in Bangladesh for instance has more import duty on it than anywhere else on the planet.

To maintain price competitiveness, imports for export only garments are not taxed; you can import your cotton for a shirt that is destined for export, tax free, provided 100% of the products (the shirts) are exported. The government has and is creating special economic zones, with lax laws and extra gas and electricity connections (another ramification of a small tax intake is a severe shortage of combustible energy supplies).

The nature of power in Bangladesh is such that the sector, as one of the most profitable ventures going has come to be dominated by patronage politics, that has been successful in capturing much favour from policy makers – perhaps in an unaccountable fashion. This has meant that, as Rana Plaza exposed, inspections and standards were not being met.

In other words, industry has arguably become lax – or perhaps functional within systems which, writes the London based development economist, Dr Mushtaq Khan

favour the construction of pyramidal patron-client factions that compete for the capture of public resources in ways that are relatively unconstrained by economic viability considerations.

This is not new, controversial or unpredictable. The rational impetus for business is most often short-term profit. Short-term profits are usually not gained by making investments in safety or standards when few competitors are doing likewise. This is particularly so when borrowing is so expensive in Bangladesh; borrowing from a bank can cost as much as 18% in interest. However, this will naturally lead to greater consolidation, and less capital intense manufacturing. This would also suggest that workers will gradually become better trained and more formalised. Essential ingredients for a more productive capable setup.

Joseph Allchin is a British-born journalist based in Dhaka, Bangladesh. He's written for the Financial Times, the Guardian, the Economist, the New York Times, Foreign Policy amongst others. Follow him on twitter @J_allchin.