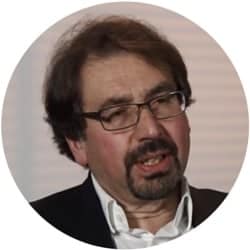 In the weeks since Donald Trump took the oath of office he has set out on a dizzying path of Executive Orders, openly challenged fundamental principles underpinning the US constitution and sparked diplomatic clashes with many, including long-time US allies.

Trump has already been referred to as a demagogue, authoritarian, and even a fascist. While time will tell whether he is able to surmount all institutional limits, weaken and bypass constitutional constraints, and abdicate all responsibilities under international law, the principles and means that guide his politics reveal, at the very least, an aspiration to authoritarianism. His victory late last year, and actions since taking office, set out a framework for how authoritarianism can re-emerge in the West in the 21st century, in defeat of the very institutions designed to prevent its resurgence. 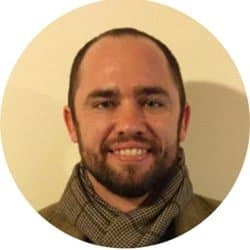 Four guiding principles underpin his approach: first, an emphasis on exclusionary nationalism which asserts the interests of the US and abandons all notions of international solidarity and the common good. Second, the attempt to collapse and centralise power into his hands, and those closest to him. At issue is due process, the rule of law and the division of powers that defines American democracy. Third, the supplanting of reason with emotion which gives rise to an emphasis on how he and his supporters feel instead of what the evidence shows. Fourth, the “othering” or demonization of political opponents, ranging from senior statesmen to judges.

Linked to these principles are a series of reactive tactics to disorganize opposition and embolden his supporters. Any threats to his legitimacy or political capital are dismissed as the result of (voter) fraud – however unsubstantiated his claim may be. Trump cannot bear the idea that his loss of the popular vote can be anything other than a vast conspiracy of illegal voting. Moreover, popular opposition – e.g. those marching throughout the country since his inauguration – is dismissed as ‘paid’ hacks and part of an ‘astroturf’ movement. Inconvenient facts and evidence simply do not matter.

Additionally, in order to shore up his base support, there is also constant stream of attacks against individuals and groups that stand as proxies for social others – Jews, Muslims, people of colour, the LGBTQ community as well as women in general. Any critical media – again, despite the objective facts that reporting may be based on – is simply ‘fake news’. In sum, there is his truth and that of his supporters, and the rest is fraud, false, the product of conspiracy, and above all anti-American. Trump is happy to deploy any type of revisionist reality – rewrite history, distort observable phenomena and overwhelm the public sphere with relentless Twitter narratives and falsehoods.

To what end? In the first instance, his supporters feel vindicated and empowered against a world outpacing their grasp. Republican Congressional leaders, for the most part, get to make good on their longstanding yet unfulfilled promises to cut the top marginal and corporate tax rates, repeal Obama care, roll back environmental protections, and deregulate the economy to pre-financial crisis levels.

For his part, Trump seeks to upend the political establishment of DC (if not destroy it), trample any Democratic opposition, making Americans feel safe again by building walls, banning ‘bad’ people, and further arming the police and military, whilst also somehow making America great again by enhancing infrastructure investment, and putting Americans back to work (despite record low unemployment under Obama). This will be done in conjunction with unsettling traditional alliances, weakening American’s allies – notably Europe – while embracing authoritarian leaders from Putin to Duterte. And in order to get his way, he will threaten trade wars and the use of the military, while those closest to him extol the virtues of perpetual war as a way of shoring up American power and standing in the world.

It is hard to see an upside here. If he succeeds, America First will mean the erosion of democratic institutions and constitutional authority, disregard for his opponents at home and abroad, an empowered exclusionary politics bulldozing all those that stand in the way of his mission. If he fails, he will look for excuses and the blaming of others at home and abroad will only escalate. The risks are enormous, including a new era of war that will return us to the calamities of previous eras. Any credible opposition must begin by understanding these risks and, in assessing them, find new ways to check and limit the scope and range of his aspirations.