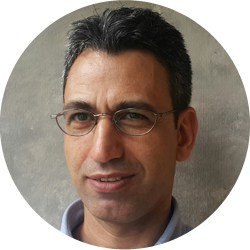 When the Justice and Development Party (AKP), under the leadership of Recep Tayyip Erdoğan, won the 2002 election, there was substantial optimism that the EU would open its doors for Turkey’s full membership. Even though the AKP initially made some progress towards EU accession, those hopes have been all but obliterated. While the EU has stuck to its traditional perspective towards Ankara’s bid to join, Turkey itself has gradually begun to act against EU interests, turning its face from the West and gravitating towards more autocratic militarist state regimes such as Russia and Iran.

Nevertheless, the snap presidential election called by President Erdoğan for 24 June is being closely observed by Western countries, particularly in the EU, concerned that it might reinforce Erdoğan’s mainly Sunni-based nationalist one-party state and its system of autocratic militarist enforcement, which would be unacceptable for the EU if Turkey retained its candidacy.

However, the question arises: ‘What role has the EU played in the failure to identify a formula which would enable Turkey to take its place in the Union, rather than follow its current path towards autocratic authoritarianism?’

Western-oriented Turkey, since its creation, has actively sought a place in the European community. It joined several European and Western organizations, including the Organization for Economic Cooperation and Development (OECD) in 1948, the Council of Europe in 1949, and the North Atlantic Treaty Organization (NATO) in 1952. Moreover, in 1963, Turkey signed the Treaty of Ankara with the European Economic Community (EEC), establishing an ‘Association Agreement’, and finally, it agreed the Customs Union with the EU in 1996 and then became an EU candidate in 1999.

Through this progressive journey, while Turkey did not implement all the EU requirements for full membership, it did undergo significant domestic and foreign political transformation; alongside adoption of a fully neo-liberal development model, and for the first time in its history, it has to some extent begun to recognize the existence of its Kurdish people, having earlier refused to accept their existence, though latterly Erdoğan has branded the Kurds as terrorists (mainly those who did not or will not vote for him).

The EU’s indecisiveness towards full Turkish membership and its perception that Turkey is culturally and religiously different has been a major hurdle. It led to a view that even if Turkey enhanced its political system enough to fit EU criteria, there would always be some other excuse for not admitting it. This was one of the biggest mistakes that the EU ever made. First of all, Istanbul is a key centre for the Middle East, North Africa, the Balkans and, most importantly, the Black Sea region, and could consequently play a major role in EU economic expansion.

Turkey’s acceptance into the EU could not only have resulted in it playing a significant economic and geo-strategic role, but also would ultimately have led to human rights being observed domestically, whereas many people are now facing abuse. It would also pursue its international policy within the framework of EU interests. Consequently, Turkey outside the EU is more freely heading towards being a more autocratic actor in the region, and has begun to act against those EU interests, harming not only the West but also suppressing the democratic principles of the Turkish republic and its pro-democracy citizens.

Glancing at the consequences

Domestically, in 2013, when some journalists, academics and activist-civilians protested to save Gezi Park in Istanbul and also demanded environmental and social justice, the Turkish police force, which is close to the AKP, reacted violently, beating protestors. Furthermore, the brutality of the Turkish state in the south-east (the Kurdish region) since 2015 has severely impacted on thousands who have been killed, displaced, bombed or burned out of their homes. Some parts of the region have been under a state-imposed curfew for months, backed up by heavy weaponry and security forces on the ground.

The brutality of the Turkish government under the Erdoğan leadership began to increase when his AKP was blocked from bringing about his dream of an executive presidency at the June 2015 election by the pro-Kurdish HDP, led by Selahattin Demirtas with his slogan “WE will not let you become president”. HDP won 13.2%, resulting in the AKP failing to muster an overall majority of seats. However, a few months ago, before Erdoğan announced the June 24 presidential elections, his government imprisoned Demirtas, accusing him of links to the outlawed Kurdistan Workers’ Party (PKK), to the consternation of the EU. Finally, because of the earlier coup attempt, which began on 15 July 2016 and failed shortly after, a state of emergency was announced all over Turkey under the guise of a security ‘curfew’, deeply affecting the country’s domestic and foreign policy in relation to human rights, with numerous citizens jailed, including anyone who may have been considered as a threat to the Erdoğan leadership.

Nevertheless, Erdoğan has called a snap presidential election to secure his leadership, and opinion polls indicate that he will achieve that aim. This means more cruel, intolerant and undemocratic militarist behaviour; which in turn means a continuation of the steep decline in EU-Turkey relations.

In order to consolidate his power in Turkey and win the forthcoming presidential election, Erdoğan has been creating enemies domestically and internationally, and, supported by a clientelist media, is continuing to spread fear, declaring that these enemies are attempting to destroy the Turkish economy and its unity. A substantial majority of voters now believe that if Erdoğan loses the election, the country will sink into a deeper socio-political crisis.

In short, the forthcoming presidential election will be a turning point for the future of Turkish politics. The country, under the leadership of AKP-Erdoğan, will move further away from western values and realign with authoritarian, intolerant and non-democratic militarist state regimes, become a more dictatorial state itself, having already violated democratic freedoms and human rights in the face of EU appeals and warnings.

So, the EU’s failure to bring Turkey into the fold has had substantial consequences. The EU should have integrated Western-oriented Turkey in order to achieve a more stable political environment not only for itself and Turkey but also the entire region in terms of democratic norms, and domestic and international law and security.

Cemal Ozkahraman is currently a visiting scholar at the University of Cambridge, working on informal cross-border trade in the Syrian, Turkish and Iraqi ‘borderlands’ of Kurdistan in the middle east. He holds a PhD from the Institute of Arab and Islamic Studies, University of Exeter.