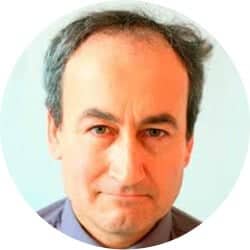 On November 23, Social Europe published an article by Bo Rothstein entitled ‘UBI: A bad idea for the welfare state’. It sets out from a definition of ‘Unconditional Universal Basic Income’ (UUBI) as ‘every citizen will be entitled to a basic income that frees them from the necessity of having a paid job’; and it adds the details that the level of UBI would be £800 per month, and that ‘all means-tested programs for those who cannot support themselves through paid work can be abolished’.

Rothstein correctly identifies as an advantage of such a reform that it ‘would force employers to create more acceptable and less demeaning types of work because people would not take jobs they consider unsatisfactory. Releasing people from the compulsion to have a paid job would, according to the proponents, also mean strengthening the voluntary/civil society sector and cultural life’. He equally correctly identifies as disadvantages that it ‘would be unsustainably expensive and would thereby jeopardize the state’s ability to maintain quality in public services such as healthcare, education and care of the elderly’, that it would lose political legitimacy, and that ‘people who can work [would] choose not to work’.

Rothstein’s verdict is that ‘the basic error with the idea of ​​unconditional basic income is its unconditionality’, because that threatens ‘the principle of reciprocity […] Breaking with this principle is most likely to lead to the dismantling of the type of broad-based social solidarity that built [the] welfare state.’

No. The main problem with the UBI that Rothstein discusses in his article is not its unconditionality: it is the detail and the flawed definition.

A basic income is a periodic cash payment unconditionally delivered to all on an individual basis, without means-test or work requirement’; and the definition offered by the UK’s Citizen’s Basic Income Trust is ‘an unconditional and non-withdrawable income paid to every individual.

The consensus – and, after all, consensus is what definitions are about – is that a UBI is an unconditional income paid to every individual. The definition implies neither a particular amount, nor that means-tested benefits would be abolished, and it does not imply that the UBI would free people from paid employment.

So instead of a UBI scheme that pays £800 per month to every individual, and that abolishes means-tested benefits, let us instead pay £264 per month to every individual (with different amounts for children, young adults, and elderly people), and let us leave means-tested benefits in place and recalculate them on the basis that household members now receive UBIs. Instead of leaving undefined the funding method for a UK-based UBI, as Rothstein does, let us choose to fund it by abolishing the Income Tax Personal Allowance and the National Insurance Contribution (NIC) Primary Earnings Threshold (so that Income Tax and NICs are paid on all earned income), let us apply a flat rate NIC of 12% to all earned income (rather than the current two-tier 12% and 2% structure), and let us increase Income Tax rates by just 3%.

According to research published by the Institute for Social and Economic Research at the University of Essex, the effects of such a UBI scheme would be interestingly different from the effects of Rothstein’s. Far from being ‘unsustainably expensive’, it would require no additional public expenditure, and so would not affect expenditure on public services. Rothstein cannot show that his scheme would not impose significant losses on low-income households. This alternative scheme would not impose significant losses on these households, it would impose few losses on households in general, and it would still take a lot of households off some of our existing means-tested benefits. Rothstein cannot tell us how his scheme would redistribute disposable income, or how it would affect poverty or inequality indices. This alternative scheme would redistribute from rich to poor, it would reduce every poverty index and significantly reduce inequality. Rothstein tells us that his scheme would reduce the incentive to seek employment. This alternative scheme would reduce some important marginal deduction rates (or the rate at which additional earned income is reduced by taxation and the withdrawal of means-tested benefits) and it would therefore incentivize employment, self-employment, and new small businesses.

Far from compromising the reciprocity on which our society is built, it would enhance it. And this alternative scheme would not lose the advantages that Rothstein mentions. Because everyone would have a secure financial platform on which to build, this UBI, like Rothstein’s, would give workers greater ability to seek the employment or self-employment that they wanted, and would therefore encourage employers to supply better jobs in order to attract workers; and because this UBI would give to each household more choice over its employment pattern, it would still encourage both caring and community activity.

Distinctions matter. A Universal Basic Income is always an unconditional income paid to every individual, without means test and without work test. A UBI scheme specifies the rate at which the UBI would be paid for each age group, and the funding mechanism. There are many possible UBI schemes. As Rothstein correctly suggests, his chosen scheme would have many disadvantages. As I have shown, an alternative scheme might exhibit none of those disadvantages, and might offer many additional advantages.

Dr. Malcolm Torry is Director of the Citizen's Income Trust and a Visiting Senior Fellow in the Social Policy Department at the London School of Economics.